What will Dave Clark’s exit mean for Amazon’s retail business? 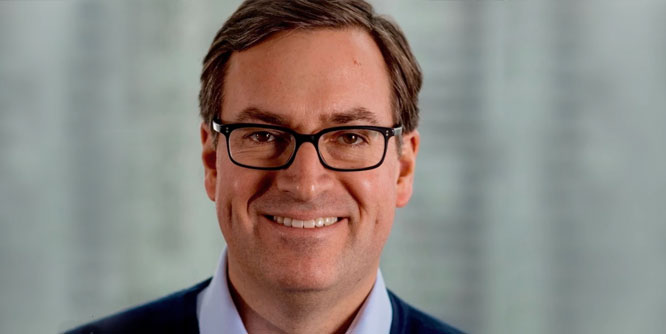 Friday’s announcement that Dave Clark, Amazon.com’s CEO of Worldwide Consumer, would be resigning, effective July 1, set off speculation that the retail group’s recent trips-ups were to blame.

The 23-year Amazon veteran is credited with helping spearhead the company’s sprawling fulfillment and logistics infrastructure as its former head of logistics. In January 2021, he took over the consumer group — including online stores, physical stores, the third-party marketplace and Amazon Prime — from the retiring Jeff Wilke.

Mr. Clark led an unprecedented hiring spree and accelerated the spread of Amazon’s warehouses to meet surging pandemic demand. Online growth, however, recently slowed and Amazon in April reported its first quarterly loss since 2015 in part due to lower online sales. Overcapacity resulted in $6 billion in incremental costs in the first quarter with $4 billion expected for the second.

Mr. Clark, in an email to his team, said that for “some time” he had been discussing a transition with his family and confidants. He also indicated that he is ready for something new. He wrote on Twitter, “I’ve had an incredible time at Amazon but it’s time for me to build again. It’s what drives me.”

Mr. Jassy, who replaced Jeff Bezos last July, wrote in the press release, “The past few years have been among the most challenging and unpredictable we’ve faced in the history of Amazon’s Consumer business, and I’m particularly appreciative of Dave’s leadership during that time. As we shared last week during our annual shareholder meeting, we still have more work in front of us to get to where we ultimately want to be in our Consumer business. To that end, we’re trying to be thoughtful in our plans for Dave’s succession and any changes we make. I expect to be ready with an update for you over the next few weeks.”

DISCUSSION QUESTIONS: Is Dave Clark’s exit a harbinger of major changes for Amazon’s retail businesses? What type of experience and qualities should Amazon’s next retail leader have?

Please practice The RetailWire Golden Rule when submitting your comments.
Braintrust
"Amazon isn’t a broken retail business, it just needs some tweaks and changes here and there which are probably best made under new management."

18 Comments on "What will Dave Clark’s exit mean for Amazon’s retail business?"

Amazon has many challenges on the retail front, including over-capacity in logistics which is extremely expensive and has damaged the bottom line. Some of this is down to misjudgments that pandemic demand would continue to rise inexorably. As the top man, Dave Clark had to take responsibility for that and other missteps that have occurred over the past couple of years. Of course, Amazon isn’t a broken retail business, it just needs some tweaks and changes here and there which are probably best made under new management.

Tweaks like “making money.” The retail business is subsidized by AWS and also its marketplace. I’m seeing a change in the packaging, and that’s really good news, but the company also has to reconcile bricks and mortar stores one of these days, at minimum. And frankly, I still cannot understand the need for its own fleet of planes. That’s just crazy.

There is little question that Dave Clark made a significant contribution to Amazon’s growth and success. And his departure will undoubtedly be felt throughout the company. However the company he joined in 1999 is no longer the company it is today, transitioning from a scrappy, if unprofitable, world-changer to mature, market-dominating behemoth. The challenges and culture that attracted him to Amazon may no longer exist. That said, the Amazon of today understands and can attract the kind of talent needed for the challenges it currently faces. Happy trails, Dave, you have contributed mightily to a world-changer!

As with any retailer, there were a lot of issues that had to be addressed and most are still top of mind of with retailers. Margin compression and supply chain issues continue to affect sales. My guess is this was too big of an iceberg to survive or correct course.

Without being a fly on the wall, there’s no way to know the truth.

Amazon got a huge benefit from small business lock downs, or else this may have come one to two years sooner. Amazon has passed its peak growth curve and unless future lockdowns destroy enough small businesses to change that, it has to deal with the realities of maturity. That means better capacity planning for the realities of its market position in the U.S. and potentially other global regions no longer producing stellar growth opportunities in retail. Additionally, it has made its own union dilemma and, like Henry Ford found out years ago, will one day have to face up to the problems it made and accept unionization.

This is an interesting case study of whether there is transferability of skills and talent from build (back-of-house) operations/logistics to customer-facing business. Clearly, in this case, it didn’t work. Does that mean it can’t work at all? Maybe.

The introduction of unions at Amazon warehouses was on Mr. Clark’s watch, and he will be blamed for it, despite the massive growth he enabled during his tenure. The fact that Amazon doesn’t currently have a succession plan in place tells us that his departure wasn’t planned. This will be Andy Jassy’s first real test as CEO but there is little doubt that he’s getting a lot of coaching.

Dave Clark had an amazing career and ride at Amazon. His skill set might not have been perfect for the consumer side of the business – as evidenced by some of his recent decisions – but you have to remember most of these critical and big decisions came in the middle of COVID-19, which wreaked havoc on many businesses. Amazon is not broken. The person who succeeds Dave should be someone with a long career in the consumer business. This individual will certainly have to make tweaks and changes, but not a complete rip and replace.

Is Amazon changing its spots?! To say that Clark’s ruthless management style is a reason for his departure sounds ludicrous. He has been with them for 27 years, very successful in his previous roles and been a major part of the Amazon success story. Supply chain logistics is after all their business. Does his face not fit the new management team? Possibly. Do they need a fall guy for the latest results? Very likely. Was he ready to move on? The last few years for any online retailer have been tough, but let’s not cry crocodile tears as they were also very, very good for them too. Clark did a great job getting Amazon through this period, as well as anyone if not better than most. The downturn was predicted but just when to turn off the tap was anyone’s guess. If he is being blamed for that then take back all the good he did over the previous few years.

There are very few leadership roles at Amazon where you would be “building” at this point. The business is quite established. Even when it comes to new ventures, there’s already been some sort of similar attempt somewhere else for the retailer. I can see where this role ended up being different from what he wanted. This doesn’t at all signal to me that Amazon’s retail business needs a massive overhaul, and neither does one quarter of suboptimal financials. There’s still a lot of potential here, it’s just potential that’s appealing to a different leader with a different derivation of purpose.

I don’t see Amazon as having made major “missteps.” Under Clark, they made the right decisions at the time. In hindsight, yes there were some things that are no longer relevant but, overall, Amazon has thrived during the pandemic. The recent downturn is against over inflated pandemic numbers and I honestly would have expected to see this. Given the headwinds consumers are facing at the moment, reflected in Target, Walmart and others business, this is even less surprising.

Gary, the retail business doesn’t turn a profit. That’s a misstep, no?

Ironically, one of the core reasons that Amazon’s consumer business has been so successful is customer trust in its inventory data and fulfillment capabilities. But while these things have built trust, it’s time for Amazon to take its relentless focus on the customer to a new level.

Unlike other retailers who need to up their game in the inventory trust and fulfillment space, it’s time for Amazon to focus on the broader customer experience. It will be interesting to see who gets tapped to take on that role. Given Amazon’s push into brick and mortar, probably someone with more traditional retail experience.

Amazon’s retail business has evolved significantly since Dave Clark joined the firm back in 1999. Recently, Amazon has vertically integrated its supply chain and fulfillment capabilities, which has led to significant capital investments in warehouses to meet the surging demands. However with the pandemic e-commerce surges subsiding to a degree, the investments have proven to be a costly proposition and have impacted Amazon’s bottom line.

Retail, as we know, is a very resilient industry full of professionals with the perseverance necessary to ride out any economic and global disruptions. Amazon is far from a broken retail business and has the capabilities, talent, and strategic operating model to adjust to the shifting demands. Their blended online omnipresent marketplace and the recent investments in traditional brick and mortar models are evidence of Amazon’s continued dominance in the retail space.

It’s unlikely there will be any major changes coming, except for how they will organize the business units which Dave Clark oversaw, as well as continued building in new markets which was already underway. Amazon has a deep bench of talented people who are hellbent on inventing with customer obsession in mind, and delivering with results. The culture is still driven by their 14 Leadership Principles.

Amazon is a successful retailer with some recent mis-steps which damages it, but not significantly. One thing it has to be careful about in being #1 is being cast as the Big Bad Wolf in retail due to its dominance. The new leader needs to balance success with making sure it doesn’t bring additional scrutiny.

Amid all the turbulence, the complete retail industry has experienced various complications. Although, it is surprising to see a retail giant like Amazon being caught up in the wave. It has a strong position in the market with access to specialized data-driven technologies. Amazon also has efficient warehousing capabilities, and matured logistics systems.

Human decisions can play a very powerful role. I think Mr. Dave was optimistic regarding the future course of actions. The decisions regarding the hiring spree and expanding warehouses revolved around the discrepancies previously faced by many companies because of the pandemic. We can expect that the new leader will bring a fresh perspective to Amazon, which will aid in restoring Amazon’s core consumer business to profitability!

Braintrust
"Amazon isn’t a broken retail business, it just needs some tweaks and changes here and there which are probably best made under new management."