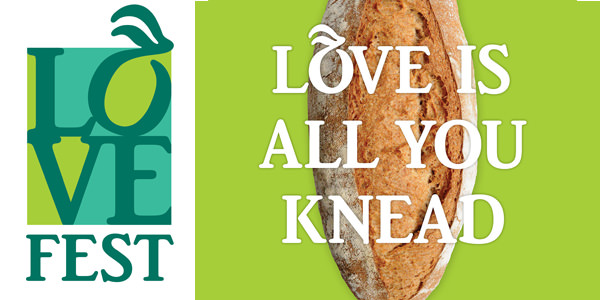 If you’re looking for a cheap 12-ounce cup of coffee, head to a Whole Foods near you. The organic foods chain, which has been seeking to overcome its unflattering "Whole Paycheck" tag, is serving up hot cups of its Allegro brewed coffee (no limits) for just 25¢ through the end of the month.

The cheap coffee deal is part of Whole Foods’ "Love Fest," a month of special promotions and events intended to show the chain’s appreciation of its many customers across the U.S.

"We are looking forward to deepening our connections with customers and saying ‘thank you’ and ‘we love you’ during this special Love Fest season," said David Lannon, executive vice president of operations for Whole Foods, in a statement last week. "We can’t wait to surprise and delight shoppers with some of our best-ever deals, weekly giveaways and a few other surprises in our stores as well as in our social media channels."

In addition to caffeinating its customers at 25¢ a pop, each Whole Foods store is randomly selecting a shopper to receive a $500 gift card. It is also offering special product offers with discounts up to half off.

Whole Foods’ Love Fest comes just a few short months after its reputation took a hit for overcharging customers in New York. While initially seeking to paint the findings of New York’s Department of Consumer Affairs as exaggerated, the company eventually came around to a mea culpa, announcing plans to rectify the issue across the U.S.

Will 25¢ cups of coffee and promotions such as Love Fest help Whole Foods overcome its tag as Whole Paycheck? What business lessons do you see in the chain’s hard-fought efforts to change its pricing image with consumers?

Please practice The RetailWire Golden Rule when submitting your comments.
Braintrust
"I don’t think for a moment that this limited time promotion can re-establish Whole Foods’ brand image. Plain and simple, they are higher priced than other stores and their patrons understand that ... and their customer base is willing to support them."

"A cheap cup of coffee for a limited time won’t undo the nickname "Whole Paycheck." It might get shoppers in the door, but will it be their target market? I’m unsure about that."

A 25 cent (plus tax) or even free cup of coffee during part of a month of its Love Fest is not going to reposition Whole Foods in the consumer’s mind. It established an upscale position in the market place by the products it carried, the services it provided and the price it charged over a long period of time. Bottom line — a two-month promotion is not going to change the perception of Whole Foods.

Whole Foods is under attack from others who have jumped on the organic bandwagon with lower price points, more locations and less expensive other goods. It has to find a way to maintain some cachet with its existing customers and attract new ones from retailers who offer a low price point. Not an easy task.

The 25 cent cup of coffee sounds good for those who go there already, but the hassle of parking in a huge lot and walking in to get a cup of coffee for 25 cents is not going to sway me, as McDonald’s is a quick drive thru for $1. My time is pretty valuable, but for the Starbucks crowd that seem to linger for hours on their laptops for free Wi-Fi, it may be a nice change of pace to hang out for a few hours inside Whole Foods. Maybe they’ll pick up some organic food on the way out, and that is something good for Whole Foods.

Promotions aren’t enough to change a brand image yet, but I applaud the efforts and am sure they’ll report out and learn from each initiative. I’m glad to see companies adapt and change. Those that don’t tack the ship end up in the business boneyard.

No. And what is this Love Fest thing? I estimate that most Whole Foods shoppers think coffee kills people and animals and beans. Amazing what some marketing departments create. Just lower the prices and quit taking the easy money from the somewhat blind Whole Foods shoppers.

That sounds like a nice draw however at most grocery stores that I go to the coffee is free. Maybe it’s not Allegro but usually it is Community Coffee at Winn-Dixie. A&P always had free Eight O’Clock coffee. The free coffee at A&P certainly did ZERO to overcome their high price image. Trader Joe’s always has small cups of free coffee. Free coffee is always and everywhere all the time if you are serious about getting a free cup of coffee someplace. You don’t have to go far. I don’t understand why Whole Foods needs to have hard-fought efforts to change its pricing image. Their high price image is part of their success.

A cup of coffee for 25 cents won’t make a bit of difference in shoppers’ perception of Whole Foods pricing. My local Cub Food store has been providing free coffee for their shoppers for years. I’m certain there are people inside of Whole Foods that don’t believe in this shallow promotion.

The products Whole Foods sells are commodities. Other retailers now realize these commodities are viable for their stores. With increased availability prices and margins will decline as retailers try to get their part of this business. Whole Foods will either drop prices or lose share. Short-term 25 cent coffee promotions will not changes these facts.

It’s very hard to change a consumer’s price image once it’s formed. According to research, many customers rely on as few as three to five key prices to form an overall impression. This is what has happened with Whole Foods — they are already a big and well-known brand therefore consumers formed their opinion a long time age, leaving Whole Foods to work hard in order to change this.

There are many additional factors that contribute to the consumer’s decision other than price, such as the retailer’s physical store and website, promotion type, price-match policies, advertising, as well as level of service. We discuss price image further in our blog: 7 Facts Every Retailer Needs to Know About Price Image.

If Whole Foods are serious about changing their image, they will need to (or already have) review their entire branding and positioning plans and consider all relevant aspects that need to be adapted to change their price image.

The $.25 coffee will have the same effect as 50% off gasoline prices are having to the economy, as in declining sales from fewer customers. It may be time for the company to re-evaluate the vision of the CEO, the reporting capability of the CFO and the company’s marketing department’s connection results as it pertains to consumer awareness and interest. Placing the future of the company in the hands of skill sets that cause distrust and skepticism in the market must be avoided as a primary goal in the market we now own.

Too much time and effort has gone in to building the “Whole Paycheck” image even if it was unintentional. Such are the benefits of social media in today’s world. No cup of cheap coffee is going to draw anyone in to see what they have to offer except their existing customers. The person behind the counter waiting for you to give them your check is still the only one smiling.

I don’t think for a moment that this limited time promotion can re-establish Whole Foods’ brand image. Plain and simple, they are higher priced than other stores and their patrons understand that … and their customer base is willing to support them.

So, I guess I’m being consistent with what the others have already said and I’m not the first to spill the (coffee) beans.

A cheap cup of coffee for a limited time won’t undo the nickname “Whole Paycheck.” It might get shoppers in the door, but will it be their target market? I’m unsure about that.

I think Whole Foods is having an identity crisis of sorts. If you’re going to be a high-end grocer, go for it. This promotion seems to show that Whole Foods wants to attract new and different customers, but will it be successful?

I think what any business can learn from this is to have a good understanding about how their customers perceive their brand. If the perception is off from what they think they’re promoting, then reevaluate as early as possible.

I wonder how this will impact the Whole Foods coffee refill policy (refills cost $1 and, if you dare to not notice the little 3 inch by 5 inch sign posted stating this, be ready for the coffee bar clerk to yell at you to come pay for your refill or be ready to meet store security as you exit the store).

Meanwhile my local Whole Foods tried to up its bakery cookies to $12.99 a pound, but I guess that didn’t work because now they are back to the old $9.99 a pound.

I don’t think 25 cent coffee will do anything to help their image at all. It may even backfire, as it gets more people talking about their prices.

25 cent coffee, and a lot of little surprises like that can change a reputation.

Braintrust
"I don’t think for a moment that this limited time promotion can re-establish Whole Foods’ brand image. Plain and simple, they are higher priced than other stores and their patrons understand that ... and their customer base is willing to support them."

"A cheap cup of coffee for a limited time won’t undo the nickname "Whole Paycheck." It might get shoppers in the door, but will it be their target market? I’m unsure about that."