Will Americans get started earlier or later this year on their Christmas shopping? 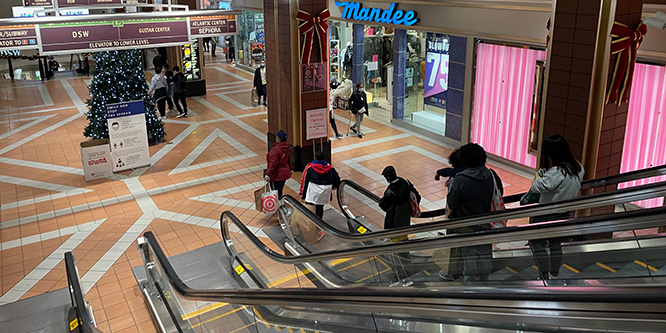 Walmart anticipates shoppers getting an early start on their holiday gift purchases this year and has already rolled out its toy catalog to help them out.

On August 30 Walmart unveiled its “2022 Top Toy List” and stated in a press release that it was intended to help customers plan ahead and save on holiday gift purchases, according to PYMNTS. The article points to the move as a way for Walmart to get customer dollars sooner in an economic environment where spending could be down.

This plan is consistent with a recent study that says shoppers will be more likely to spread their dollars out earlier in the holiday season as ongoing concerns about inflation change spending habits.

A Salesforce survey reported by Practical Ecommerce found that 37 percent of consumers anticipate starting to shop for the holidays early this year. According to that article, customers may shift their Christmas spending from the big seasonal shopping holidays (like Black Friday and Cyber Monday) back into October or earlier to avoid spending a lot of money all at once.

On the other hand, Corie Barry, CEO of Best Buy, anticipates customers shopping later this holiday season than they have been in the previous years of the pandemic.

After an earnings report, Ms. Barry told reporters on a call that, whereas over the past two years customers shopped early due to concerns about stockouts, this year would be more like pre-pandemic holiday seasons with shopping throughout November and December, Bloomberg reported. Best Buy plans to maintain its promotional discounts through those months, as the chain anticipates a more value-conscious customer this Christmas due to inflation.

DISCUSSION QUESTIONS: Do you think more consumers will shop earlier or later for holiday gifts this year than in recent years? Will promotional activity play a bigger role in driving traffic and sales this year than we’ve seen since the pandemic began?

Please practice The RetailWire Golden Rule when submitting your comments.
Braintrust
"The real question is, how big will the shopping season be? If we adjust for inflation, will it top previous years? "

23 Comments on "Will Americans get started earlier or later this year on their Christmas shopping?"

I think holiday shopping will start earlier this year for a few reasons. First, consumers want to spread their budgets over a longer period of time. Second, consumers are keen to get online orders in quickly to prevent shopping delays and last minute hiccups like they saw last year. Third, retailers will be keen to get sales in early to secure their share of slightly more subdued consumer spending – some of this will be via selective promotions, especially if Amazon elect to run a Prime Day style event.

This will be one of the more uncertain holiday seasons in memory since it’s the first post-pandemic holiday season that resembles pre-pandemic. With lingering supply chain issues and still high inflation, it’s hard to say how consumers will respond. Consumer demand remains relatively strong, and that should be a setup for a robust holiday season and potentially early buying. Promotional activity always plays a role but, again, it’s hard to say exactly how it will play out. Retailers should play offensive.

It’s a hard question to answer: Will shoppers hit stores early due to lingering supply chain problems, or will they hold off as long as possible because of inflationary impact? The longer they wait, the more pressure there will be on retailers to ramp up their promotions — especially for stores sitting on too much seasonal inventory. (And that includes “pack and hold” apparel from a year ago.)

If I were to hazard a guess today, I would come down on the side of late shopping activity. Supply issues are not completely behind us, but they are trumped by continuing high prices for gas and basic commodities.

I think the combination of budgeting discretionary dollars that don’t go as far and fear of supply chain shortages of popular items will get consumers to spend earlier – really, to spread their spending across more months than typical.

What I’m not sure about is how much promotions will play a role in influencing consumer spending. We’re in a weird place right now where retailers have too much of the wrong things and not enough of the right things, and I think that will extend into the holiday season.

I have to share, though: while walking through Costco at the end of August and seeing all the Christmas stuff that is out already, along with product clearly intended as holiday toys and gifts, my husband asked me, “Is that all from the stuff they ordered for holiday last year but didn’t get in time?” And I’m guessing he’s probably right. So it definitely feels like holiday is going to be a really mixed bag this year!

Yes, U.S. consumers will continue their evolution of shopping habits, flattening the curve that now has an extended lower peak from Black Friday to Cyber Monday. Overstocks at some and recessionary worries at all will motivate retailers to drive promotions and marketing earlier than ever. Low unemployment and decreasing gas prices will fuel the trend. (Sorry, all puns intended.)

Smart consumers always start their holiday shopping early, but a large number of us will wait to purchase.

Retailers have trained us to do this: The closer to Christmas, the better the sales. Budget and planning always comes into play, but those end-of-season, buy now, last-minute savings always win.

What year in the last two decades didn’t shoppers shop earlier than the previous year? Along with that, the trend for experiences over things will continue.

We have already seen the trend in the changing calendar of Black Friday and Cyber Monday. It will continue as retailers try to capture sales from the shopper before the shopper can buy from a competitor.

The real question is, how big will the shopping season be? If we adjust for inflation, will it top previous years? I predict that no matter how hard the retailers try, their year-over-year will not match the inflation rate. That is a message from the consumer.

This season will be a mixture of early shoppers and late shoppers, the early ones looking to spread their budget and spending over a longer period of time and the later ones looking for last minute bargains to offset inflation. The situation could be driven by a few very large retailers’ promotional strategies. Will Amazon try and get ahead and grab whatever limited spend there is available? It looks like Walmart has taken that approach. How will the competition react to that? With such uncertain times, the economy, inflation and still uncertain availability of product we will see a very mixed picture this year. The only thing that is for certain is that spending will be down and retailers will have to fight for every dollar.

Prediction: There won’t be a single vote for a later start to holiday shopping on RetailWire today. It will be earlier and more promotional than ever. All this inventory has to go somewhere. Buckle in.

I’m with Walmart on this. Walmart knows (almost) all, so I’ll go with an earlier Christmas this year. Christmas in July now sounds reasonable, so we’re already behind schedule! I guess it depends somewhat on the products being purchased, with higher-end items being shopped later by people looking for a deal. Supply chain issues have contributed to a glut of merchandise, so this should be a season where the shoppers win regardless of timing.

I am seeing stores already putting Christmas product on the shelf. I am guessing this is either last year’s assortment or early arriving product. There is still no consistency in regards to the supply chain, so most retailers are operating in the dark. The current inflation issues will limit spending during the holidays.

According to last month’s earnings calls, retailers seem to all be on the same page about both driving holiday sales early and somewhat relying on them to boost a weaker bottom line. As a result, consumers will be inundated with early holiday shopping promotions until shopping for gifts is top of mind and fiscally “makes sense.” Shoppers are already out in droves, with Q3 being stronger than the prior year’s Q4 for the mobile activity of apparel brands and beauty retailers for the first time in over three years. Despite concerns about a recession and the reality of inflation, mobile activity indicates that U.S. consumers have not kicked the shopping habits they developed in the past two and half years; instead, they are just shopping where they can save while spending.

I could actually see consumers shopping later this year because of the impacts of inflation on their budget availability. Waiting to get the full picture on how low retailers go with prices could be the move in the face of less spending power.

It’s already started. The “beat the inflation” meter is very high right now and with online free shipping (because there’s no hurry) exacerbating the situation, I would expect both September and October to be laden with Christmas shoppers (mostly online). And if you know what you want (especially for kids), it’s a very smart move.

With concerns about inflation and supply chain issues, consumers will be shopping earlier and definitely on the lookout for bargains.

I expect this holiday season has already started and will be promotionally driven.

Speculation here, but I’ll bet the season will start earlier — mainly because customers have lots of uncertainty and retailers are pushing promotions right and left. If back-to-school was any indication, customers were shopping.

Consumers will definitely be shopping for deals earlier this year and every promotional activity will drive traffic and sales. Providing deals will help stretch discretionary income and will also give shoppers time to get exactly what they want. The retail shopper will continue to be more aware and more conscious about where they are purchasing; for retailers, as much ground that can be gained before Christmas matters.

The votes are all over the spectrum, which reflects the conflicting forces at work. Supply chain issues have eased — or at least they’re less talked about — and with that one would expect less of a sense of urgency. On the other hand, inflation may compel a feeling of “buy it now before it’s more expensive.” And all of this, of course, is on top of the usual pressure by retailers to push the season up ever earlier.

I don’t know if it will be an early or later issue. I believe it will be a longer holiday shopping season based on the unknown variables of the coming months.

Manufacturers are still having supply issues, and a substantial volume of consumers in several categories have completely changed their shopping behavior. Promotions always plays a role in shopping behavior and is one variably the manufacturer and retailer can control. My recommendation is to include contingencies in your holiday plans and adjust as needed.

Earlier: Inflation and out-of-stock consumer concerns. Profitability concerns by retailers, looking to lock in actual sales now rather than wait for the Christmas season potential sales.

All customers essentially hold off on their holiday buying until the sales and discounts roll in. Therefore, I believe that although people might start making plans for their purchases a little earlier, they won’t start shopping until the deal season starts.

Braintrust
"The real question is, how big will the shopping season be? If we adjust for inflation, will it top previous years? "