Will ‘aspirational independents’ swing results for retailers and politicians? 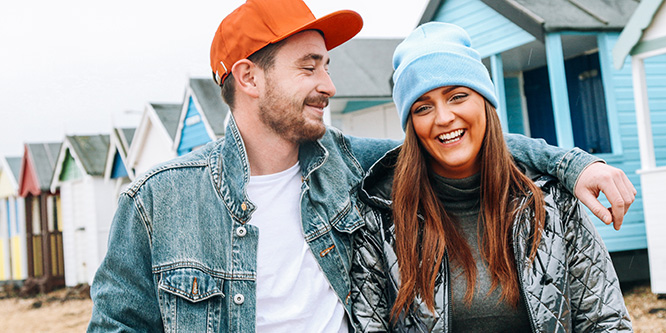 Fifteen percent of Americans are in a position to determine 2022’s winners and losers in retail and politics, according to new research discussed yesterday on the National Retail Federation’s (NRF) “State of Retail and the Consumer” presentation.

The study conducted by SKDK, a political affairs and consulting firm, identified a group of voters it has called “aspirational independents” that is diverse and politically moderate. The group is made up primarily of people who are not affiliated with any party as well as some “soft” Democrats and Republicans.

The group is 51 percent white, 50 years or younger (43 percent are 35 or younger) and they are “exploratory” in their shopping, according to Bill Knapp, a partner at SKDK. These consumers are both middle and upper middle class and located in urban and suburban areas.

“They’re looking for new things,” said Mr. Knapp. “They like variety. They shop in every conceivable way, of course online, but they also go to big box stores, local stores, community places. They do their grocery shopping online.”

Ultimately, he said, aspirational independents don’t want shopping to turn into a chore. They want the experience “to be fun.”

Authenticity is key with this cohort of consumers. It cautioned retailers against taking positions that are not based on an organization’s core values. “That’s the hypocrisy that is kryptonite,” said Mr. Knapp.

“You have to be authentic in your positioning and you have to be true and live up to that yourself,” he said. “If you’re gonna make a case that the world should be X, you better run your store that way. You know, if you support a higher minimum wage, then you better make sure you do that. Otherwise, they’re gonna see it as just a position to curry favor with them and not true or authentic to what you believe or what you think. And that’s where you run into a big problem.”

Mr. Knapp said that the noise is loudest on the extremes of politics today, both from the left and the right. Aspirational independents, however, are looking for calm and clear thinking, focused on making progress. They see politics as too contentious, so before retailers dive in, they need to understand that to avoid creating “a lot of problems for themselves.”

DISCUSSION QUESTIONS: Will catering to “aspirational independents” prove successful for retailers if also trying to appeal to consumers with less moderate political leanings? What do you see as the keys to success for retailers operating in a politically contentious age?

Please practice The RetailWire Golden Rule when submitting your comments.
Braintrust
"Retailers need to focus on buying patterns and product preferences, not political affiliation, in their marketing and merchandising."

"Unless a retailer has very clear political leanings as part of their DNA, I am not a fan of injecting too much politics into retail."

17 Comments on "Will ‘aspirational independents’ swing results for retailers and politicians?"

I don’t know how a company like Hobby Lobby will appeal to anyone but its core audience, to be honest. I think articles like this miss the fact that most younger Americans are far more color and sexuality-blind than their elders. And they are offended by all this divisiveness.

I am really curious to see what happens in Florida with its “Don’t Say Gay” law. Disney has already distanced themselves, Scott Galloway has said he will move his event out of Miami if the law is passed, and I expect others to follow. Retailers like Publix are going to have to make serious decisions about which politicians and causes to give their money to.

Far from being boycotted over the “bathroom issue,” Target has soared.

So if you’ve put your stake in the ground on one side or the other, don’t expect to win over a new generation with marketing that isn’t true to what you actually DO.

“Aspirational independents” as defined by NRF and SKDK are a young and diverse group. No reason that I can see to think that they would be less color or sexuality-blind than those who are politically extreme.

My older grandchildren are blind to color and sex to the Nth degree. And as the discussion says, authenticity is critical to their view of everything, from stores, to products, to friends.

No, it’s a demographic thing, not some artificially made up name. That’s the point of YOUTH.

George, It seems to me that racism, misogyny, homophobia, etc. are institutional issues in this country and therefore – by definition – nobody is immune. To argue otherwise is to posit that the society at large has purged prejudice and discrimination from our language, institutions, media, and culture, which clearly has not happened. One could also argue that today’s “hyper-inclusiveness” is actually reinforcing divisions, since I first have to recognize you as “the Other” – i.e. fundamentally and intrinsically different from me – before I can practice inclusion and welcome you. Now, look at the study’s results. These are affluent, younger, white people self-describing themselves as free of prejudice. Talk about the blinders of entitlement. Nothing like declaring yourself above the rest of humanity. Sadly, racism and sexism are alive and well in this country. Being in denial about your own role in perpetuating them doesn’t do anything except perpetuate them. Just because you say you are pure, and harp on everyone else that they should be as pure as you are, doesn’t in fact… Read more »
2
|
0
-   Share

I have no arguments with your points but one important factor is being overlooked here. Forty-nine percent are non-white in this group and those who are white, at least a good percentage of them, seem unlikely to be widely divergent from the tolerant mean based on their ages and socio-economic station.

True, but non-white folks are exposed to the same institutional racism, etc., etc., as everyone else. That’s what I meant by nobody is immune.

Unless a retailer has very clear political leanings as part of their DNA, I am not a fan of injecting too much politics into retail. Most retailers serve a diverse range of customers and it is important to be respectful to them all. That said, there are certain common values – honestly, transparency, fair-dealing, and so forth – which are important and retailers should embed. These are becoming more significant as increasing numbers of people are looking at a brand’s values and its ethos.

Neil, you’re spot on. I don’t think there is anything more to say.

Retailers, like humans, forge the strongest bonds with people when they are their authentic selves. People will respond to brands that are authentic and committed to their values. While I don’t advocate strong political messages, taking and living a position on things that are important to the business, like sustainability, fair wages, equal pay, etc., will build strong bonds with more people than it will alienate. And the stronger bonds will yield far greater long-term value than the loss of the small number who may be alienated.

Retailers need to focus on buying patterns and product preferences, not political affiliation, in their marketing and merchandising. Short of selling red hats or blue facemasks, no retailer should create a strategy that could alienate potential customers of any stripe. Appeal to these folks’ sense of adventure and willingness to try new things to reach them. Don’t try to appeal to their political leanings.

Well, the sustainability thing is something retailers are really going to have to get into – not just for cost savings, nor for political gain, but because they will have no choice.

I also joined the NRF’s “State of Retail and the Consumer in 2022” presentation yesterday and found Bill Knapp’s segment insightful because it supports our research on the values that drive today’s consumer. The “aspirational independent” is shopping online-to-offline and engages with brands that entertain, educate, offer exploration and digital engagement while sharing authentic brand values. Also interesting were the four shopper profiles – conscious shopper, value shopper, bargain shopper and budget shopper. As John Furner, President and CEO of Walmart US said, “Necessity is inspiration for innovation.” Clearly, giving “aspirational independents” the shopping experience they desire is key. Retailers can achieve this by innovating with disruptive retail solutions like pop-up stores, fashion trucks, digital trunk shows, shoppable walls or virtual stores — a few examples that integrate online-to-offline retailing.

Too bad we aren’t all soft Democrats or soft Republicans.

While the discussion suggests that there is some kind of connection with the political middle that they should be aware of, I suggest something simpler. Be authentic. Honest. Transparent. That is a decision every retailer should make without knowing the intricacies of of this 15 percent or any 15 percent.

While I certainly don’t disagree with the maxim that “politics and business don’t mix,” I would hardly describe that as catering to a demographic … particularly insofar as this demographic strikes me as thoroughly contrived.

Every retailer, grocer should define and commit to their values, so shoppers see them as being authentic. And they can be aligned with them.

But taking political stands is not without risk and must be done going in eyes wide open. While they may gain some customers who want their store brands to take a strong stand, there is also a large group of customers who want to shop in peace, and without having to constantly discern and decide if they belong.

Braintrust
"Retailers need to focus on buying patterns and product preferences, not political affiliation, in their marketing and merchandising."

"Unless a retailer has very clear political leanings as part of their DNA, I am not a fan of injecting too much politics into retail."