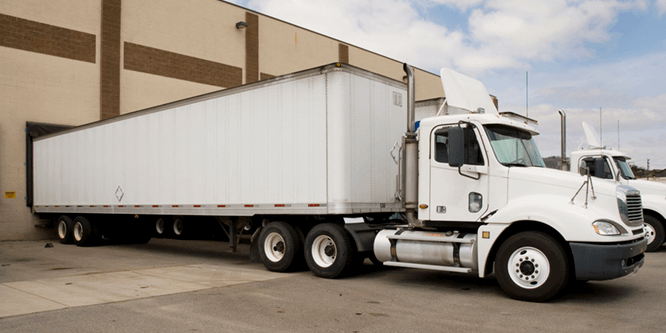 While ship from store is often touted as a primary way retailers can support e-commerce fulfillment, drop shipments from suppliers directly to customers are gaining more attention.

“This has evolved over the past three years,” states RSR’s report, sponsored by Aptos. “Previously unwilling to entrust delivery (and customer address information) to their merchandise vendors and logistics providers, retailers have become far more pragmatic: within three years we expect to see parity among all retailers, with approximately 75 percent taking advantage of their suppliers’ systems.”

An RSR study from January sponsored by SPS Commerce likewise found that retail priorities had shifted more in favor of drop shipments due to “the need for speed, and perhaps even that renewed interest in the e-commerce channel.”

Beyond speed, the advantages for retailers of drop shipments include less upfront costs to purchase and warehouse inventories. A much wider offering of items can also be offered beyond those in stock.

“Retailers can offer a wider range of products online without ever needing to personally handle the inventory,” wrote Jett McCandless, CEO of Project44, which specializes in API (Application Programming Interface), on multichannelmerchant.com. “And they only purchase items directly from the distributer or manufacturer as their customers buy them.”

Not surprisingly, most of the challenges relate to not owning inventory. A lack of visibility into supplier inventory challenges the ability to provide customers with accurate ship dates, delivery timeframes and shipment tracking. Out-of-stock risks rise with less visibility, along with vendors addressing other retail partner needs. Retailers also risk hurting their reputation since they’re not in control of the delivery process.

RSR’s January report also found that retailers appear to be overestimating vendors’ capabilities to manage inventories. Wrote RSR, “Without visibility into inventory levels, this is nothing short of fantasy.”

DISCUSSION QUESTIONS: Do you see drop shipments evolving into a core e-commerce fulfillment tool for retailers? What are the obvious and less obvious execution challenges?

Please practice The RetailWire Golden Rule when submitting your comments.
Braintrust
"The lack of inventory visibility and its impact on delivery should have retailers squeamish on this concept."

"Make no mistake, the ones most interested in drop shipping are the brands themselves."

"Zappos went through this many years ago. It just plain did not work."

Make no mistake, the ones most interested in drop shipping are the brands themselves. Look no further than Nike and several appliance manufacturers who now directly compete for the retailer’s own market. Partnering up with local contractors provides a seamless shopping experience — one that doesn’t require a visit to a brick-and-mortar store. Perhaps it is inevitable, but those brands will use that customer data to learn more about how to sell direct — just like Amazon is doing to the brands on their site.

Drop shipping by vendors may be of great help to retailers since it reduces their inventory risk. However, such brand support could easily prove to be a double-edged sword.

If the brand takes care of the fulfillment and the Internet provides product information why would the brand need the retailer in the first place?

The lack of inventory visibility and its impact on delivery should have retailers squeamish on this concept. Remember the customer retention falls on the retailer not the supplier. If they can overcome those challenges then, maybe.

For long-tail items, drop shipping may be a good option to fill the shelves. For other items, retailers may want to consider the risk/reward of outsourcing the fulfillment.

Current trends would indicate that drop shipping and use of third-party logistics will continue to increase.

Zappos went through this many years ago. It just plain did not work. They lost control of the inventory and the customer. That is what drove them to become what they are today. Any disconnect between the retailer and the supplier simply means a lost customer and more cost.

As a retailer, I would generally be cautious about abdicating the responsibility of delivery to the supplier. I would also be concerned about suppliers becoming too proficient at interacting directly with my customers, given the opportunity for the supplier to eventually set its designs on leaving the retailer out of the loop.

On the other hand, if the retailer can devise a system to selectively drop ship certain products and commodities that currently consume heavy inventory holding costs and retain the key relationship with the customer, drop shipping could be part of the ultimate solution retailers are looking for as they down-size their footprints and in-store inventories.

Drop-ship has been the way in pure-play to expand your inventory without incurring the cost of holding. A reputable drop shipper will have accurate and real-time inventory availability with adequate safety stock. A great growth strategy without any material impact to operational expenses.

The last two paragraphs articulate only a few of the potential challenges. These are challenges that the ecosystem of supply chain partners are already trying to solve … for decades now. So, we want to add even more uncertainty to the supply chain with drop shipments? I do see the advantages via economies of scale, however, I don’t see those advantages helping retailers nor consumers at this point … at least until we get a handle on the issues.

Drop-shipping of online orders from their manufacturer facilities is not exactly a new concept. It can work well in situations where the seller is playing the role of order-taker but not order-consolidator.

For higher consideration/higher cost items like electronics, appliances or furniture, and even print-on-demand books, drop-shipping enables the retailer to offer a broader range of products while minimizing inventory investment. Those items are shipped once, not twice, saving considerable costs, handling, and shrinkage.

This can get complicated in an any-channel environment, when customers want to present online purchases to the store for return. The drop-ship arrangement may also present limitations on the retailer’s ability to offer discount prices and promotions.

On balance, I see drop-shipping as one of several fulfillment options that may coexist for an online retailer.

For the retailer, you may want to consider drop shipping as a viable option, but not the only one. A strong order management system will give you inventory visibility to your own store stock, your own distribution center, 3PL partner, or drop shipper (brand manufacturer). Connecting to all of these gives you options. Maybe you want to use drop shipping as a last resort to save the sale, for example.

All told, drop shipping is an option that you want to have available to your business. With the right tools, you can use it effectively to enhance your brand … or using it unwisely (without the right business rules) it may end up eroding your margin. Consider with care.

Yes, drop shipments directly from the manufacturer will not become a standard as retailers seek to minimize their costs and overhead. Execution requires direct EDI between the retail outlets and the supplier, which requires a minor setup to address the challenges. The biggest issue is the warehousing and re-packaging of items from the supplier. The supplier would embrace this only if they were agreeable to repackaging products as single items and keeping broken inner and master case packs in their warehouse in addition to standard case packs, and the majority of manufacturers are not set up to do this. This is why Amazon is in business. This level of logistics is an Amazon specialty, not the specialty of most suppliers.

I think as with Uber and Airbnb, drop shipping is a service that will soon become the norm as more and more people express their comfort in its use. The obvious challenge is finding someone that you trust to partner with. Customer support is the key factor that will separate the legit drop shipping services with the pretenders. It’s not enough just to function as a website, ecommerce owners want someone they can develop a personal working relationship with that customizes to their needs.

Braintrust
"The lack of inventory visibility and its impact on delivery should have retailers squeamish on this concept."

"Make no mistake, the ones most interested in drop shipping are the brands themselves."

"Zappos went through this many years ago. It just plain did not work."