Will in-home consults give Amazon the keys to the smart home market? 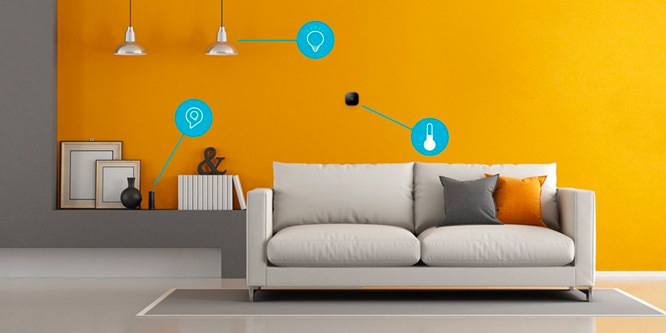 Amazon.com has rolled out a new service on the West Coast, which offers free in-home consultations for customers interested in smart home technology.

Customers can book appointments with Smart Home Consultation advisers on Amazon’s website. The visits, during which advisors demonstrate Amazon’s popular Echo voice-activated digital assistants as well as other smart home devices, typically last 45-minutes. The service is currently available in various local metro markets in California as well as Portland and Seattle.

Amazon’s Alexa voice tech used in Echo and other devices was among the big hits at last month’s CES. Part of the attraction with Echo is that it is compatible with multiple devices around the home. It is becoming a smart home hub for many customers, enabling them to control other devices such as lights and thermostats.

To date, reviews of the service on Amazon have earned it 4.9 stars out of a possible five. There are 85 reviews to date, going back to November. Amazon has not gone public with its plans for the service beyond the current markets in which it is offered.

New research by The NPD Group shows that smart home dollar product sales grew 57 percent last year. Forty-eight percent of households with smart home technology use voice command control devices. While Apple’s Siri was identified as being most commonly used, those with Alexa have a higher rate of usage than voice command users overall.

“Alexa integration into such a wide range of devices has positioned it to be the leading artificial intelligence driving home automation devices,” said John Buffone, executive director, industry analysts, NPD Connected Intelligence, in a statement. “One-in-five Echo users have already adopted using the Echo to control other devices within their homes. We expect this to become increasingly common as Alexa adds skills that enable control of additional devices.”

While digital assistants such as Echo are growing in popularity, networked video cameras remain the most common point of entry for smart home devices in the U.S., according to NPD’s research. Nearly one-third of smart homes have video cameras installed.

DISCUSSION QUESTIONS: Will offering free in-home consultations enable Amazon.com to grab greater share of the smart home market? What are the keys to make such a service work? Do you see Amazon becoming the dominant player in the space?

"This step will leave many homeowners wondering why they did it. Why are they doing it? Is it just to be hip?"

"I remember reading George Orwell’s 1984. At least in the book the people did not openly invite the omnipresent government surveillance."

15 Comments on "Will in-home consults give Amazon the keys to the smart home market?"

Why did Apple fail to take the lead on this? The average person will need assistance to leverage all these new technologies (Dad won’t be installing Bluetooth-responsive drapes this weekend) so an in-home consultation is the best way to drive sales and adoption. A big pat on the back to Amazon, and a significant missed opportunity for Apple, which could have leveraged the iPhone as the hub.

In a word, yes … at least for right now. Consumers need help to overcome the barriers of Wi-Fi connectivity and device compatibility.

There are two major issues for smart home adoption right now. The first is that the consumer literally needs to “see” the value of the devices in their home and lifestyle. The second is being able to make it work. YouTube is rampant with consumers showing the horrors of incompatibility between devices.

Amazon is not testing this out of pure altruism for the consumer. They clearly want to “assist” consumers in making Echo their hub. After all, the bigger win for Amazon is that Alexa is Amazon’s portal to Prime and the overall ecosystem.

So the question is … will Amazon’s “consultation” help consumers solve problems of adoption in their home, and who are they going to call if doesn’t work?

Amazon will, in spite of Google’s best efforts, be the dominant player in the smart home market. Offering in-home consultations will further cement the Echo as the hub of these activities. Amazon wins through constant, relentless innovation. Some of its ideas stick, others fail. Regardless, you have to salute Amazon’s efforts.

During a recent analysis I conducted of shopper in-store travels and purchase behavior of smart home connected devices, it became evident that returns were a significant problem. I suspect Amazon was experiencing the same challenge which led them to introduce free in-home consultation in order to successfully implement and pitch the benefits of these devices. This will certainly help Amazon embed more devices — but beware.

While I understand the commercial reasons, and they are valid, I can’t help but believe that it’s another way for Amazon to permanently embed themselves into your life. Once these devices are in your home — cameras and audio/vibration sensors of all types will erase any semblance of privacy you may think you still have. No thanks!

Service is the not-so secret sauce of retail. Expanding design and product selection consultation serves everyone’s needs and makes good sense in the purchase value proposition. Is it a step toward the retailer from online searching and reading reviews? Yes, I think so.

This step will leave many homeowners wondering why they did it. Why are they doing it? Is it just to be hip? Do these homeowners know the potential problems and hack windows that are still wide open in this new market? Are the service people Amazon is sending in properly vetted? It’s easy to add a back door to these installs.

I would never allow this in my home or a family member’s home. Home automation will become the new hacking ground as more people get the systems and become hip. After they or a friend gets hacked then Amazon will be challenged with many returns.

Good points. Fools rush in where angels fear to tread.

Think GeekSquad — on steroids. This is exactly what latent-adopter consumers need to get them started. More importantly, it will help early-adopters understand the potential of all the devices they own.

As for getting your home hacked — that’s been going on for centuries — it’s called burglary. Just as cyber thieves now steal our money, credit and identities online, so will the home get burgled. But there are ways to be vigilant and smart about that. And most of them have to do with the user being aware, involved and careful in what they do and say around these devices.

I agree with Adrian and Tom on this. The installation of all these devices can destroy any semblance of privacy you have left in your home. As a long time science fiction fan I remember reading George Orwell’s 1984. At least in the book the people did not openly invite the omnipresent government surveillance.

The press is constantly publishing stories about the hacks that are occurring to sophisticated systems. These internet-connected home devices are not hardened and offer a little resistance to anyone who wants to take control. We all know a chain is only as strong as its weakest link.

In a similar move Ron Johnson, of Target and Apple retail fame, has raised $80 million for Enjoy.com. Its experts hand-deliver tech gear to homes, offices, etc. in hours and do the set-ups and instructions. I haven’t read about its success or failure, but with that much cash it has runway to try to prove and scale its model.

In-home consultation is one service that can help increase sales and usability. There’s another opportunity. Setting up home-like environments in stores or pop-ups (like Bose has done for their in-home entertainment products) where trained staff shows consumers how to use and offer help on installation can cover the gap of those who are concerned about privacy or don’t have the time or location for a visit. Skype can also help with the final touches or instructions when customers are at home and need assistance to maximize in-home usage of devices and apps.

Undoubtedly Amazon.com will be offering all of these. Oh yeah, Amazon will be the dominant player in any space they choose (and explore for viability).

I’m going to be a little snarky here. If Amazon’s in-home consultants are as helpful and knowledgeable as their white glove electronics installation people, it will be a disaster.

I bought a big flat screen TV from them and was told because I’d spent so much, I was entitled to “enhanced delivery services.” I said “sure” because I have a rather complicated set up.

What I got was two high school students who didn’t even have a screw driver or a box cutter. They plugged it into the wall and said “It works” and then asked me if I would keep the packaging. (Uh, no!). I resolved in that moment to never buy a big-ticket item from them again. I would have rather spent $65 with Best Buy and had it done right.

I think, assuming I actually needed help, I’d call Best Buy instead (or my local guy). I don’t trust Amazon to hire, train and retain the right people.

There’s nothing like having your foot in the door, so to speak. Once in the door, the customer will see how the equipment works in their own home or office — that’s the other half of the battle. Like trying things on in clothing, this is real “trying things on” in your home. Being first and being successful and getting lots of positive publicity ahead of the others will make Amazon the go-to place for these things. And high marks to boot. Who can beat that?

Amazon has got it right. In order to cross the chasm from the early adopters to the mass market, a lot of hand-holding is necessary. For example there are specialist e-tailers with top TrustPilot scores, definitely not Amazon, who spend hours on the phone talking people through their pre-sale needs, and then after sales when necessary. Echo is storming the market — numbers published in the FT recently showed a progression from 2.5 million last June to 5 million in November and 9 million by January after the Christmas period. Amazon have a window which they are exploiting well to become the reference technology for the home.

This is a brilliant strategy on Amazon’s part. Most consumers of home security systems know little about the installation and the operation of security technology. On the other hand, these consumers want their (typically largest) investment and the place they live to be secure. Amazon has stepped in and is helping those consumers with a problem they perceive and consulting to help solve it. Without Amazon’s consulting, the consumer will either put off a solution to their security issue or will hire a security firm to implement their home security system. Amazon will generate business by collecting those customers who want a system but don’t know where to start and those looking for the help to make the right decision. In the end, it is the customer service that will win in this market. On top of that, Amazon will continue to expand its brand.

"This step will leave many homeowners wondering why they did it. Why are they doing it? Is it just to be hip?"

"I remember reading George Orwell’s 1984. At least in the book the people did not openly invite the omnipresent government surveillance."