Will retailers be rewarded for giving ex-cons a second chance? 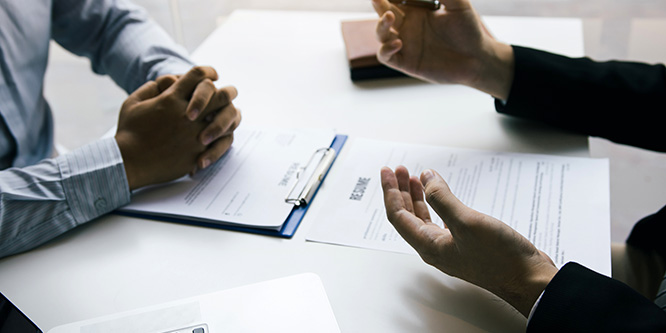 People have the power to change their lives. That’s the simple proposition that large numbers of retailers are putting to the test as participants in the Second Chance Business Coalition (SCBC), a group of major corporations that are putting ex-convicts to work.

It’s not news that many people who are incarcerated find themselves back in the system. Much of this comes from failing to find their place in society once they have paid the penalty for their crimes. SCBC says that 50 percent of job applicants with records fail to get a second interview with prospective employers.

SCBC is the brainchild of Jamie Dimon, CEO of JPMorgan Chase & Co. Mr. Dimon has long advocated second chances for those with records, having instituted a successful program at his company in 2019. He, along with his SCBC co-chair, Eaton Corp. CEO Craig Arnold, have sought to bring together some of the nation’s business leaders to create a group “to share resources and advice,” Bloomberg reports.

“A felony conviction may as well be a life sentence when it comes to reentering the workforce,” Mr. Arnold said in a video that announced the launch of the group’s Second Chance Initiative.

The number of Americans with criminal records currently stands at somewhere between 70 million and 100 million people. Many of those are racial minorities. Statistics have long pointed to higher levels of incarceration among Blacks and Latinos. The events of the past year, including the murder of George Floyd and the subsequent protest marches around the nation calling for racial justice, has led many corporate leaders to assess their organizations’ roles on issues of importance to their stakeholders and society.

Target CEO Brian Cornell, who spoke at a virtual event hosted by the Economic Club of Chicago, said Mr. Floyd’s murder, which took place a few blocks from the retailer’s headquarters, hit close to home literally and figuratively.

“That could have been one of my Target team members,” he said, according to a CNBC report.

Mr. Cornell said that it is up to CEOs to be the head of “diversity and inclusion” at their companies. “We have to be the role models that drive change,” he said.

DISCUSSION QUESTIONS: Will retailers that actively recruit people looking for a second chance be rewarded for giving them jobs and, if so, in what ways? What do you think are the keys to running such a program successfully?

Please practice The RetailWire Golden Rule when submitting your comments.
Braintrust
"It benefits society at large to have a robust second chance program, and I am glad the corporations are stepping up."

"In my days as a store manager I hired several ex-cons. They were typically top-tier employees who had seen the downside and wanted to do better."

"...retail is a great industry with so many different types of roles that could give people across all walks of life some hope."

16 Comments on "Will retailers be rewarded for giving ex-cons a second chance?"

Giving people a second chance is not only the right thing to do, but I believe it will be rewarded with loyalty and commitment. I imagine that most ex-convicts who are given a second chance would likely not only be profoundly grateful, but highly productive. This is not only win-win for the ex-convict and retailer, but also for society at large as the human potential that was being wasted by non-violent offenders is put back into productive use.

Once a person has served their time, their debt to society has been paid and they have a right to move on and rebuild their lives.

In the U.K., Timpson – a shoe repair/key cutting retailer – has a one of the best ex-offenders programs of any company. Something like 10 percent of their workforce is made up of those who have criminal convictions. They have a full program of risk assessment, provide proper training and support and monitor the progress of colleagues. They also have a foundation that helps train people while they are incarcerated. The benefit is that they get super loyal staff who work incredibly hard. Apparently, the retention rate for ex-offenders is 75 percent.

Studies show that not having a second chance after the convicted has paid their debts will dramatically increase the recidivism rates, and the type of crime may move into a more serious category. It benefits society at large to have a robust second chance program, and I am glad the corporations are stepping up.

“The number of Americans with criminal records currently stands at somewhere between 70 million and 100 million people.” The total population of the U.S. is 330 million.

There is something that is very, very, very wrong in this country!

Win. Win. Win. What could possibly be the downside here? And when states legalize marijuana and many of those convictions are dismissed, retail should be there to give them the tools to go on with their lives.

Even if one parks the moral argument (and is there any doubt that everyone should be given an opportunity to put past mistakes behind them – especially so when they have served their sentences?), surely companies would not want to deny themselves access to tens of millions of people who could become/might now be productive members of society. People who might effusively embrace the opportunity to get their lives back on track with meaningful work, engagement, and the support a professional community. With respect to recidivism, aren’t we part of the problem if society denies ex-cons the opportunity to course correct their lives?

There is a marked difference between doing good for public recognition and doing good because it is the right thing to do to improve society. The highest form of giving is anonymous charity. While companies may not be directly rewarded for hiring former criminals (or ex-cons), everyone will be indirectly benefiting in some way. Start with minor offenders, see how it works, and escalate to more serious offenders. The “correctional institutes” in their current state don’t “correct” anything — maybe society can.

One would hope this initiative goes well beyond the members of the coalition. This should be a country of second chances. The great majority of our ancestors came to the U.S. for a second chance and those of us who are their descendants are experiencing the rewards of that opportunity.

Retail in particular provides a large number of entry level jobs requiring little or no training. Retailers must be sure those jobs are open to everyone. They do not even need to go out and advertise, all they must do is not reject applicants. If the retailer is open and the hires are successful, the word will get out quickly enough.

As one famous sneaker brand says, “Just do it!”

Research indicates that a criminal record reduces the likelihood of a callback or job offer by almost 50 percent, with Black candidates twice as likely to be penalized for past infractions. Re-entering the workforce requires a broad-reaching second chance program. Retailers need to recruit and retain an ever-increasing workforce in stores and distribution centers. This approach will require a more forward-thinking people strategy and a progressive HR department with revamped policies, recruiting, and retention programs.

This is another example of our industry stepping up to address societal issues, and reap rewards that include a larger, more loyal workforce, better service and ultimately more prosperous communities.

Yes! Patricia – more prosperous communities are exactly what we need!

Retailers should absolutely give ex-convicts a second chance – and retail is a great industry with so many different types of roles that could give people across all walks of life some hope.

Giving marginalized communities and ex-convicts jobs, supporting them in back-to-work initiatives with clothing, resume/cover letter writing, up-skilling, etc. and of course, jobs – we need to do better and this is a great way for retailers to bring communities together. It’s exactly what we need in this world – more love, less capitalism.

In my days as a store manager I hired several ex-cons. They were typically top-tier employees who had seen the downside and wanted to do better. Retailers that make the effort to hire these folks will be rewarded with solid team members more often than not.

It is said everyone deserves a second chance. As the article points out, not everyone gets that chance. The company will get some benefits, but the greatest benefit accrues to the person they hire. They get a second chance at having a good life. A job makes a person feel valued, which is something everyone wants. Society benefits from having another productive person and the business benefits from having an employee who is truly thankful for having a job. This will likely result in increasing their loyalty to the company.

Candidly, I think this will be something of a retail version of NIMBYism: many will applaud the move(s)…just as long as they’re not exposed to it.

Of course reactions — and results — will benefit from thoughtful implementation: few will care if they’re checker or shelver has a burglary conviction; they well may if that person is out in the parking lot rounding up carts. As for crimes of violence (which is actually broader category than many realize) I’m doubtful liability concerns will allow putting up the welcome sign.

There is growing awareness of the inequity in the criminal justice system and retailers who are measured and thoughtful in their approach will be seen as helping those communities to recover from mistakes of the past, especially for retailers targeting value segments where the overlap between workers and their target shopper communities may be higher.

Braintrust
"It benefits society at large to have a robust second chance program, and I am glad the corporations are stepping up."

"In my days as a store manager I hired several ex-cons. They were typically top-tier employees who had seen the downside and wanted to do better."

"...retail is a great industry with so many different types of roles that could give people across all walks of life some hope."