Will Walmart’s early payment program be a difference-maker for minority vendors? 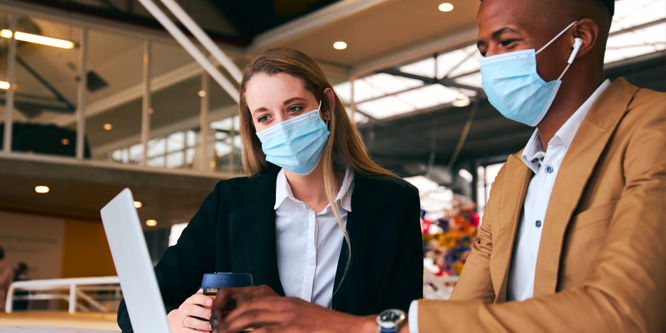 Building on existing early payment programs, the new option launches with the goal of making access to working capital “affordable, transparent and more equitable” by offering qualified diverse or minority-owned suppliers faster payments from Walmart at the retailer’s lowest rates and significantly below bank financing rates. Walmart promises to deliver payment in as little as 24 hours versus the typical 30-to-90 day wait times.

Walmart sourced more than $13.1 billion in goods and services from diverse suppliers in 2020. Like many retailers, however, Walmart elevated diversity-related commitments in wake of the George Floyd protests, including committing $100 million over five years to help fight systemic racism.

Macy’s, Sephora and West Elm are among retailers signing the 15 Percent Pledge committing to dedicating that percentage — aligned with the country’s Black population — of their retail space to Black-owned businesses.

Many studies have highlighted the challenges minority businesses face securing financing. A Fed survey from April found white-owned small businesses were twice as likely to get non-emergency financing as Black-owned ones.

Please practice The RetailWire Golden Rule when submitting your comments.
Braintrust
"Yes, this will make a difference for ANY small vendor, not just minorities. A great move again!"

7 Comments on "Will Walmart’s early payment program be a difference-maker for minority vendors?"

Large retailers have the ability to make a lasting difference to minority-owned enterprises. The government may be able to provide financial resources from SBA, but they often lack the category-specific expertise to guide small businesses. That’s where retailers can step in more aggressively.
Retailers can provide additional working capital by way of advancing funds against inventory, receivables, and contracts with much less bureaucracy and rules than a bank can do. Retailers can pay immediately without Net 30, etc. They can showcase – as Target intends to do.

Walmart’s early payment program for minority vendors is a good start to help increase the success of minority start-ups. In addition to making it easy to do business with minority start-ups, retailers can offer business training to the start-ups or invest in non-profit organizations that focus on assisting minority businesses.

Big Box retailers, bakeries, and many other types of chain stores grew their location count during the past three decades by generating working capital from suppliers. Customers pay when goods are sold, but retailers paid their suppliers in 60-90 days – so store expansion could be funded with the float. I remember selling toys to Target 10 years ago and we had to get $5 million in bank funding just to accept the order. It is nice to see Walmart trying to be a bit more fair to their supply chain – especially after killing so many companies during the past 30 years. Hopefully customers notice too.

Measures like these that can help minority-owned businesses grow and succeed are welcome. As more and more consumers are focused on supporting retailers and brands who have clearly defined policies on social justice and equality issues it becomes increasingly important for stores to offer transparency into policies and strategies contributing to the greater good.

Wow. I must’ve just woke up in another universe. A retailer who is not only “stretching” the vendors but actually paying early? Yes, this will make a difference for ANY small vendor, not just minorities. A great move again!

For a start-up there is nothing more important than CASH. Anything that can support a start-up’s cash flow is welcome and necessary.

Fifteen years ago, Walmart was my startup’s largest customer of course. They paid, not early like they are suggesting now, but like clockwork. (Amazon did as well.) Unfortunately, another large retailer, after we delivered a seven-figure order, simply refused to pay us. Why? Because they could. We went to court and won, nine months later.

Start-ups have difficulty financing. Minority business even moreso. They cannot go through traditional sources. Maybe more important is that many don’t have access to less traditional sources, as I did with both of my companies, essentially, through my network.

Will companies stick by their promises? I assure you if they promise and don’t stick by it we will be reading about them on RetailWire.

A lot of companies have been recently embracing supply chain financing in a win-win manner. For the buyer, they are extending the payment terms further out (e.g. from 45 days to 120) while giving the supplier the flexibility to get paid early by paying a percentage of the outstanding (0.75% upwards) to the funding bank who buys the outstanding and collects from the buyer on the due date. Through this arrangement, the buyer is actually gaining additional working capital, while providing the supplier earlier access to funds at a cost.

Braintrust
"Yes, this will make a difference for ANY small vendor, not just minorities. A great move again!"