Are executive departures at Kohl’s a sign of things to come? 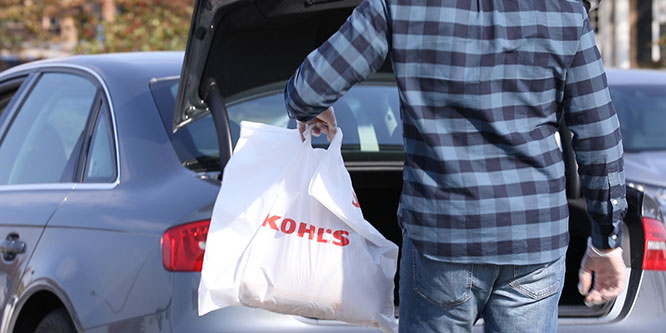 Kohl’s is losing two key executives at a time when the retailer is pursuing a sale and facing ongoing pressure from activist investors who see an opportunity to maximize the return on their shares with little apparent concern for the chain’s prospects beyond the next quarter.

Doug Howe, Kohl’s chief merchandising officer is the first out the door, departing immediately, according to a securities filing reported by CNBC and other news organizations. Greg Revelle, chief marketing officer, will leave the company on June 1.

Both executives are exiting to pursue other opportunities, according to a statement by Kohl’s.

The retailer expressed confidence that its merchandising and marketing efforts will stay on track with the departures of Messrs. Howe and Revelle.

“A search for the replacements is already underway,” Kohl’s said. “In the meantime, we have a deep bench of marketing and merchandising talent that will ensure the continued execution of our strategies.”

Kohl’s has gotten off to a rocky start in 2022. The retailer today reported its first quarter results that showed net and comp sales falling 5.2 percent. The chain’s gross margin fell 69 basis points from the first quarter last year. Diluted earnings came in at 11 cents a share.

“The year has started out below our expectations. Following a strong start to the quarter with positive low-single digits comps through late March, sales considerably weakened in April as we encountered macro headwinds related to lapping last year’s stimulus and an inflationary consumer environment,” Kohl’s CEO Michelle Gass said in a statement.

Kohl’s executive leadership and board of directors have been under continuing pressure from activist investors including Macellum Advisors over the past year.

Kohl’s shareholders earlier this month rejected a bid by Macellum to replace up to 10 of the retailer’s 13 board directors. Macellum, which owns about five percent of Kohl’s, has advocated for the retailer to spin off its real estate assets and its e-commerce operations. It has also advocated for a sale of the company.

The retailer has been engaged in reviewing bids that have come from Franchise Group, Hudson’s Bay, Simon Property Group and Brookfield Property Partners, and Sycamore Partners. It rejected a bid in January by Acacia Research Group, part of Starboard Value, that it determined was too low. More than 25 companies have reportedly expressed interest in acquiring Kohl’s.

DISCUSSION QUESTIONS: Do you see the departures of c-suite executives as a sign of bigger problems at Kohl’s? What should Kohl’s leadership do at this time to maintain morale in its corporate offices and frontline locations?

Please practice The RetailWire Golden Rule when submitting your comments.
Braintrust
"I don't know what the company stands for anymore. Do you?"

"These departures should come as no surprise whether Kohl’s goes it alone or lives through some kind of more expansive shake up."

"The senior executive changes combined with shareholder support indicate that Kohl’s is no longer considering a sale."

11 Comments on "Are executive departures at Kohl’s a sign of things to come?"

Board pressure can drive senior management out of a company. I’ve seen it before, and I think that’s what we’re seeing here. Kohl’s has been thrashing for at least five years. Changes in structure of the leadership team (my favorite was merchandising reporting to marketing), trying out sort of odd things in the store (you can buy coffee in the store, but there’s nowhere to sit down and drink it – I think that initiative died a quiet death), taking Amazon’s returns (it did drive traffic — but not sales).

I don’t know what the company stands for anymore. Do you? In any case, executives do get tired of being shuffled around like deck chairs on the Titanic. If the company was smart it’d pay them stay bonuses, but instead it’ll just continue to thrash.

Paula — agree 100%. And never understood the concept from day one myself. When leadership decided to become a “returns hub” for Amazon years ago now, at that point seemed to signal a concept in trouble of standing on its own. Can’t see how Kohl’s survives, and am sure the Chief Merchant and Marketer see that handwriting on the wall (despite Board pressure).

Kohl’s results are poor. They are poor at a time when management needs to be delivering as it has rejected the calls of activist investors. Some change is needed, and that includes new thinking and new people. The departures may help with that but a wider sea-change in attitude at Kohl’s, which accepts the need for a big reinvigoration of the proposition, is also required. Otherwise these exits are just no more than sacrificial offerings to appease investors. And please: stop banging on about Sephora. It’s great and all, but it does not solve the issues at the core of Kohl’s business.

We have had several discussions on Kohl’s the past few months – some positive, some not so positive. Now I think it’s playing hard to get and I think, as options begin to wane, leadership sees the writing on the wall. They have to find what works for them, however I don’t know how much more time is left.

These departures are a sign that bigger solutions lie ahead. The signs of big problems have been abundant for some time. Kohl’s has lagged behind Target for too long. Kohl’s owns several proprietary brands that are far from maximized when it comes to product, presentation and marketing. These key potential differentiators have not seen sufficient investment in order to fulfill their differentiating promise. These departures should come as no surprise whether Kohl’s goes it alone or lives through some kind of more expansive shake up.

Although timing is not ideal, these departures give Kohl’s a chance to bring in new talent to potentially appease activist demands and strengthen company operations and strategies to withstand both economic headwinds and future investor coup attempts.

Kohl’s continues to search to re-establish its identity and relevance in a highly competitive market. The board pressure has placed additional pressure on the operation to right the ship — but the waters are choppy and difficult to navigate.

We’ve all seen examples of companies restructuring their leadership in hopes of finding the winning combination that will calm the waters and help the organization return to improved sales performance. Unfortunately, many forget to look at their reflection in the mirror and answer the all-important question, “Who am I?” Before rushing to fill these newly-vacated positions, I would advise Kohl’s to define in which direction it intends to sail. Only then will its identity and relevance be restored.

Kohl’s has had a mixed bag of news and reported results this year. Notwithstanding the company’s assurances, the departure of two key executives creates a short-term challenge. The list of interested parties to buy out the company has not delivered any formal offers. Kohl’s desired transaction price has been unrealistically high given the current market, and that window of opportunity is now effectively closed. On the plus side, the shareholders’ support of the current board should give the company some runway without activists muddling in the business.

The senior executive changes combined with shareholder support indicate that Kohl’s is no longer considering a sale. Instead, the company will rebuild its C-suite and refocus efforts on the strategic growth initiatives announced in March of this year.

The mass resignation is not exclusive to the junior ranks. There is a shortage of talent given the number of new roles being created in the economy. So Kohl’s resignations will then affect another retailer whose management leaves their company to join them. Now there are many factors that can cause executives to leave — greater pat and equity, job pressure, COVID-19 fatigue, interpersonal issues, lack of performance — but all retailers are dealing with departures across the board. I won’t pretend to know Kohl’s specifics but, like other retailers, they will cope in my opinion.

I’m of mixed opinions here: assuming the business needs to be “turned around” — as opposed to, say, simply resolve a few operational issues — is it logical to think the same people who’ve been piloting the present course are the ones to do it? Probably not. But the question then becomes “are (any of) the suitors better choices?” I’m not impressed.

While merchandising and marketing executives’ resignations are unfortunate, they do not indicate a leadership crisis. Investors and other forces have certainly caused turmoil, but as an optimist, nothing appears to be too great to bring Kohl’s down. Even if it is acquired, the investors will aim to grow the business to maximise their return on investment. Employee morale is bound to suffer as a result of these events. However, leadership must make every effort to convey any strategic updates to all employees in a transparent manner. This boosts morale, and if employees do not share the organization’s mission, they will be replaced quickly which is ultimately good for the organization as those employees who do not believe in its mission pose a greater threat than those who leave.

Braintrust
"I don't know what the company stands for anymore. Do you?"

"These departures should come as no surprise whether Kohl’s goes it alone or lives through some kind of more expansive shake up."

"The senior executive changes combined with shareholder support indicate that Kohl’s is no longer considering a sale."