Will Kohl’s make a better deal for itself after an activist investor loses board vote? 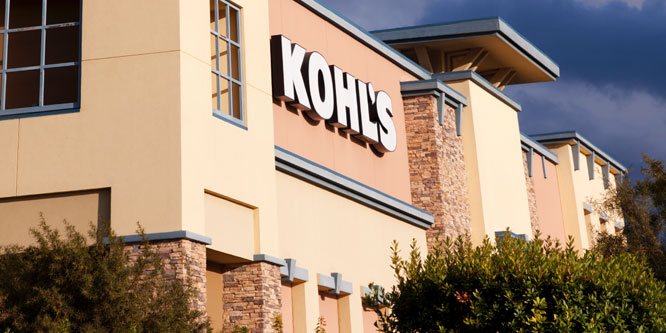 Kohl’s shareholders in a vote yesterday rejected a bid by the activist investor Macellum Advisors to replace up to 10 of the retailer’s 13 board directors.

“We would like to thank our shareholders for their support throughout this proxy contest,” Peter Boneparth, chairman of the Kohl’s board, said in a statement. “While we have had differences with Macellum, this board is committed to serving the interests of all our shareholders. The board remains focused on running a robust and intentional review of strategic alternatives while executing our strategy to drive shareholder value.”

Kohl’s has been engaged in reviewing bids for the chain that began coming in unsolicited in January. Acacia Research Group, part of Starboard Value, was the first acknowledged bid for Kohl’s with an offer reported to be in the neighborhood of $9 billion.

Franchise Group, owner of Vitamin Shoppe, Hudson’s Bay, the parent of Saks Fifth Avenue, Simon Property Group and Brookfield Property Partners, mall operators and co-owners of JCPenney and other retailers, and Sycamore Partners are among more than 25 companies that have reportedly expressed interest in acquiring the chain.

Kohl’s, which saw its business tank in 2020 due to the pandemic, rebounded last year to post record full year adjusted diluted earnings per share of $7.33, surpassing its previous high of $5.60 in 2018.

The company has forecast net sales to increase two to three percent over 2021 with operating margins between 7.2 and 7.5 percent.

Kohl’s plans to roll out 100 smaller, hyper-localized stores over the next four years. The new stores measure around 35,000 square feet versus the company average of 80,000.

The retailer earlier this month introduced a new Kohl’s Rewards program enhancement that will offer members using the retailer’s credit card a 7.5 percent reward on each purchase, up from five percent.

“Customers love our simplified Kohl’s Rewards program that leverages personalized offers and Kohl’s Cash,” Greg Revelle, Kohl’s chief marketing officer, said in a statement. “We partnered closely with store associates and customers to understand how we could make our benefits even more robust.”

DISCUSSION QUESTIONS: Did Kohl’s shareholders make the right decision in not adding 10 new board members put forward by Macellum Advisors? Should Kohl’s board consider any criteria other than the highest offer in selecting a new owner?

Please practice The RetailWire Golden Rule when submitting your comments.
Braintrust
"Kohl's dodged a bullet but by no means is the pressure less. They cannot make incremental moves. Perhaps they will shake up the board themselves."

11 Comments on "Will Kohl’s make a better deal for itself after an activist investor loses board vote?"

This is the right outcome. Kohl’s needs to do more to boost top-line growth, but has more chance of doing that under current management than a team focused on monetizing Kohl’s via selling real estate and divesting other assets. Those activities are not conducive to the long-term health of the company; they are short-term plays that allow investors to extract easy money. Retailers should be run as retailers with a focus on long-term health and viability. They should not be the playthings of Wall Street. However this does not mean all activist investor concerns over Kohl’s are unfounded. There are legitimate grievances about weak sales growth which management now needs to clearly demonstrate it can address.

Starting with my usual disclosure (I worked at Kohl’s from 1982-2006 and still own shares via an IRA), I’m certainly happy with yesterday’s outcome. Macellum seemed totally misguided in its recommendations to Kohl’s management, including the lease-buyback idea and the e-commerce spinoff proposal. I’m not surprised that their slate was overwhelmingly rejected because their plan appeared to be all about lining their own pockets.

That being said, is Kohl’s stock price where shareholders like me would like it to be? And is there clear evidence (yet) that their new strategies — including the Sephora rollout — will move the sales needle?

The jury is still out, but any proposals to sell the company need to consider more than the “highest bidder.” (I would personally hate to see the company that owns JCPenney acquiring Kohl’s, not only because of my personal feelings but also because of their proposal to stop the Sephora rollout.) Any new owner needs to bring value and a viable strategic vision to the company’s future, not just the best asking price.

This raises the age old question of, what do shareholders want? More and more it appears they want their money now rather than to build a business to deliver consistent, bankable, but slightly more modest profits over many years. This is going to increasingly pressure businesses to make short term decisions to satisfy investors at the expense of building a business with staying power.

Kohl’s dodged a bullet but by no means is the pressure less. They cannot make incremental moves. Perhaps they will shake up the board themselves.

Macellum Advisors targets poorly run companies with strong balance sheets. In Kohl’s case their big asset is real estate. Macellum is also a private equity firm. We all know the history of PE dealing with retailers and that is exactly what the outcome would be of the proposed deal. They would strip the company of the real estate, publish encouraging comments about how they would turn around the business which would be fantasies, and leave stockholders with a poorly run and ultimately worthless equity.

This is a cage rattling moment throughout retail, but 10 new seats was probably over reach. Having said that, the cage still needs to be rattled. Surely the current board got that message.

Selling off real estate for short term gains definitely is not the right decision. We have seen these kind of moves by other minority shareholders at other retailers and it is usually not what is best for the brand. Kohl’s needs to focus on its business and double down on its current management team.

The Kohl’s board is truly an amazing (and diverse) group — from all walks of retail, leaders from Kroger, Dennys, BCG, Hyatt, and many others. Plus it includes finance, strategy, CIOs and HR folks from strong functional backgrounds. I have no doubts that talent like that will be able to find the right combination and truly represent the other 95% of shareholders that don’t fall under the activist investor influences. The board must look at offer price, but also at long term value and Kohl’s as an ongoing enterprise. This is a fight the current Kohl’s board can win.

Macellum, which owns about five percent of Kohl’s… shakes head. And why, exactly, other than to pump up the income of some “advisers,” does Kohl’s need to be sold, anyway? If a new owner could actually bring in some strategic advantage, it might make sense, but to sell just to sell makes none.

Spinning off eComm from retail is already an outdated move, and it makes no sense in this context. The most valuable consumers for Kohl’s are omnichannel consumers, and eCommerce penetration and growth rates have fallen back in line with pre-pandemic growth targets. Bifurcation guarantees a poorer cross-channel user experience. Also, Kohl’s isn’t to expand their eComm into a long-tail marketplace, and from all indicators doesn’t need a large capital raise to substantially evolve their eCommerce platform (but all these factors are reasons why it made sense for Saks).

A revamp of an already successful loyalty program has just rolled out, the Sephora move has been successful. It’s possible to there’s a merger or acquisition that makes sense for them, but nothing stands out from what we’re all publicly hearing.

Besides their monetary offer, the working knowledge of the retail business should be a crucial criterion for Kohl’s to shortlist bidders. Only those who have a proven record of running a successful retail business will be able to ensure a bright future for Kohl’s.

Braintrust
"Kohl's dodged a bullet but by no means is the pressure less. They cannot make incremental moves. Perhaps they will shake up the board themselves."