Kohl’s receives an unsolicited buyout bid, others may follow 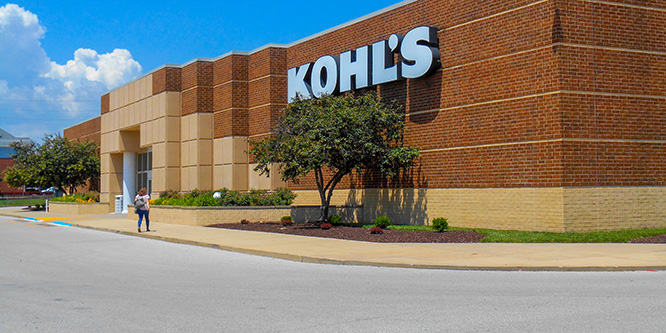 Kohl’s has received an unsolicited acquisition offer of $9 billion from a group led by an activist hedge fund, according to a Wall Street Journal report. There is a high likelihood that news of this bid will lead others to place offers on the table, and Reuters reports that a private equity firm is in the process of doing just that.

The Journal reported that Acacia Research Group, part of Starboard Value, is leading a consortium that has offered around $9 billion to acquire Kohl’s. The offer of $64 a share represents a 37 percent premium to Kohl’s closing price of $46.84 on Friday.

Acacia, which has a market value of $215 millon, said it is “highly confident” that it will be able to put together a debt financing deal to make the acquisition work.

Sycamore Partners is reported by Reuters to be putting together a separate bid to acquire Kohl’s for at least $65 a share. The private equity firm has reached out to Kohl’s about a potential deal and it is not yet known whether the retailer has indicated a willingness to go forward.

Kohl’s and the two would-be bidders have yet to comment on the reports.

The retailer has been under pressure from its own shareholders who say Kohl’s stock has consistently underperformed against its retail peers in recent years.

Engine Capital has been pushing for Kohl’s to sell and lease back its real estate and split off its e-commerce business from its physical store operations in an effort to unlock shareholder value. The hedge fund maintains that buyers would pay $75 a share to acquire Kohl’s real estate and that its online operations are worth $12.4 billion as a standalone business.

Macellum, which owns about five percent of Kohl’s shares, said the company should explore its strategic options, including an outright sale. The investor, which was successful in getting three new members added to Kohl’s board last year, said it plans to nominate new members this year.

Kohl’s leadership has consistently maintained that it has its business on the right path and that it would unveil its strategy next month at an investor day meeting.

DISCUSSION QUESTIONS: Would Kohl’s benefit from a sale/leaseback of its real estate assets or from spinning off its e-commerce business? What do you think the retailer’s prospects would be if it were owned by a hedge fund or private equity group?

Please practice The RetailWire Golden Rule when submitting your comments.
Braintrust
"The retail landscape is littered with the carcasses of once-strong brands who were leveraged to the hilt through deals like these; Kohl’s should avoid this offer..."

18 Comments on "Kohl’s receives an unsolicited buyout bid, others may follow"

The sharks are circling … despite its challenges, Kohl’s is fundamentally a successful retailer. But the other fact is that equity-backed businesses will always be under pressure to deliver more. It’s insatiable. Given the meteoric (and sometimes insane) valuations and stock prices we’ve seen with some retail stocks, we shouldn’t be surprised to see this sort of investor action taking place. Being owned by private equity isn’t all bad, but the motivations tend to be focused exclusively on shareholder value — often to the detriment of customers and employees.

Kohl’s is the next in a line of retailers that are under fire. Starting with Saks (who made peace with the investor idea that retail revenue is not worth a lot), Macy’s is on deck. And Kohl’s is there too.

Kohl’s eCommerce revenue, as I understand, is not published (at least that is what Macellum said).

Macy’s is probably in a better position than Kohl’s, but a few missteps this year could have the same thing happening — bids and restructuring plans.

I have an (extremely) dim view of these eCommerce spinouts long-term. No one has yet answered “what’s the Kohl’s consumer value proposition?” Something that Macellum has said themselves.

Kohl’s, Shmol’s, these offers — as discussed before on this forum — have nothing to do with stakeholder value. They have only to do with shareholder value. If Kohl’s was not a public company, the issue of owning its real estate would an asset against which the company could borrow, if it needed to borrow. For shareholders, selling the real estate and getting the cash is more important. As to spinning-off the ecommerce business, few of us think of this as a good idea for the long-term viability of the business and the welfare of its employees.

We had discussed this previously and I think it was only a matter of time. Here we are. And there will be other brick and mortar retailers that will follow not too long after.

Sale/Leaseback was a disaster for Mervyn’s, the prototype for Kohl’s. After the real estate was split from off from the company, the higher lease costs drove them into bankruptcy. I see Kohl’s, an already stressed retailer, having the same issue if they pursue this plan. This is all about short term gains for investors, with zero value for the company and its employees and customers.

The timing of this announcement is certainly interesting, coming on the heels of last week’s Amazon announcement regarding the opening of its own Amazon Style stores. I’m viewing the Amazon announcement as a full blown test of how they could morph Kohl’s into a new business model. And to do this they are testing digital and tech angles, along with what could be a refreshing merchandising strategy — and — a store size about the size of Kohl’s smaller stores. And now financial players are all over Kohl’s. Extracting short term real estate value has nothing to do with building (reinventing) a long term viable retail model. What the financial guys want to do would be invisible to the customer. What Amazon wants to do would be 100% visible to the customer. Can the financial guys do their thing and create a hand-off of some kind to Amazon? Total speculation and guess work on my part, but I think this story is going to get really interesting in the coming months.
7
|
0
-   Share

I look at this as a financial engineering play to drive dollars to the private equity folks, not a shopper value add. Neither will the sale/lease of Kohl’s real estate nor the spin-off of their e-comm business bode well for the company or its shoppers.

As a former employee (and current shareholder) of Kohl’s, I realize that I am not the most objective person on this comment thread. But, as I noted a few weeks ago, the sale/leaseback idea is a financial manipulation meant to line the pockets of equity investors while draining a retail company of a key asset. (Target resisted similar pressure several years ago.) Likewise, splitting e-commerce from brick-and-mortar fails to understand the synergy between the two.

The retail landscape is littered with the carcasses of once-strong brands who were leveraged to the hilt through deals like these; Kohl’s should avoid this offer, especially at an asking price barely higher than its share price last spring. (And well below its share price in 2019.) “Activist investors” do not usually have the long-term interests of other stakeholders (especially employees and vendors) at heart.

It is laughable that the question of spinning off e-commerce. It gives one a whole lot of insight into the knowledge the “investors” have in retail. Spinning off real estate makes more sense as long as you don’t let the foxes into the retail hen house, but that is not really what they are talking about.

The dilemma the board faces is that this may be good for the shareholders, but not for the company. The shareholders get a nice one-time check, and the company finds itself being run by a far different set of metrics that it was before. I doubt that the employees or customers will like the result.

There is talk about a number of major mergers/takeovers on the cards. I read a piece this morning regarding a potential merger between Spotify and Netflix, but also in the retail sector between Tesco (UK) and Carrefour (France). More of these speculations are likely to follow. Boards must decide whether, and how, to defend against such moves, or whether to embrace and find the best possible result for shareholders and customers.

It is beyond laughable to value Kohl’s online operations on a standalone basis of $12.4 billion, a 42 percent premium to today’s already high valuation. The flurry of financial engineering announcements cannot and will not resurrect the structural imbalances that Kohl’s represents. Standalone retailing is past its peak, the future is hybrid, and store footprints will be smaller. Kohl’s is stuck in a slowly dying retail format; no amount of Wall Street magic can change the inevitable, but it can generate short-term gains in a turbulent market.

So short sighted. And missing big opportunity in retail. Kohl’s has a distribution network and store footprint that’s really valuable. Forging new retail partnerships, that leverage that network (like the Amazon and Sephora deals) will provide far more growth opportunities long term. And far more value to customers. Also, given the continued emphasis on the home — it would be great to see more innovation in homewares merchandising, positioning, and experiences that ignite the imagination of customers. They have so much potential. I hope Kohl’s can hold its ground.

KSS has value, now. Will it retain value in a year, 5 or 10? What is the benefit to the shareholders?

Yes, you can count on others following with their own bids. Kohl’s was trading at $64.80 just 10 months ago. A bid for $65 is a bargain considering Kohl’s distribution footprint, and retail presence. We can easily expect to see bids over $70 or $75 considering the value of their retail presence and market following.

So a company contrivance worth ~$200M wants to offer $9 Billion…what could go wrong? Of course they should say “no” and keep right on saying it (practice will make perfect).

This won’t be good news for Kohl’s. The multiple may be too high for them to fight off, though.

What we’re witnessing with Kohl’s is the story of every struggling department store out there. With their customer-centric approach, DTC brands are successfully swaying customers into choosing them over departmental stores. And I believe investors understand that traditional retailers will find it difficult, if not impossible, to catch up to DTC brands’ customer-centricity and digital capabilities. Investors, being true to their nature are trying to capitalize on this and exit before the business is no longer profitable.

It is unrealistic to expect investors to comprehend the retail industry. They only know how to make money work for them, not how to run a retail business. Retail is all about people. And while the retailers who understand this are succeeding, others are experiencing challenges comparable to Kohl’s. So, if investors owned Kohl’s, they would most likely try to make as much money as they can in the short term, but the company would eventually fail.

Braintrust
"The retail landscape is littered with the carcasses of once-strong brands who were leveraged to the hilt through deals like these; Kohl’s should avoid this offer..."