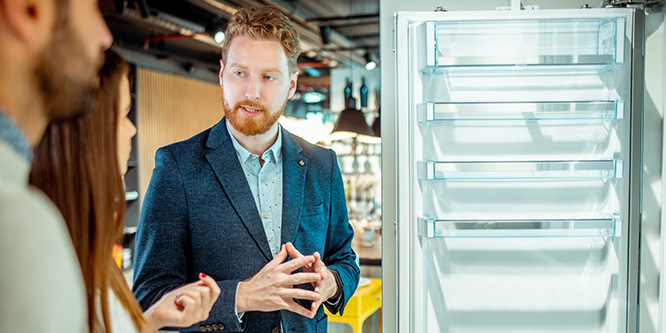 Outside of CEOs, lawyers and celebrities, salespeople score higher than all other professions for three negative personality traits — Machiavellianism, narcissism and psychopathy — collectively known in psychological theory as the dark triad (DT), according to a recent university study.

Researchers from the University of New Hampshire, University of Kentucky, Texas A&M University and Florida State University found that DT traits can offer significant advantages for some salespeople to get ahead and secure longer tenures. Over time, however, the self-interested, antagonistic behaviors associated with DT traits are likely to “undermine their relationships with colleagues, diminish their social capital, and subsequently reduce their performance.”

The research explored why dark salespeople can persevere, and even thrive, on retail selling floors, as well as their overall impact.

The study found that when reach efficiency is high, narcissism and psychopathy lead to decreased sales performance in subsequent periods, while those with Machiavellianism traits benefit.

Researchers assumed salespeople with dark personalities are often hired by retailers because they showcase more functional selling traits during the interview process, such as charisma, and mask the dysfunctional ones.

Three recommendations were offered to manage such difficult personalities:

Please practice The RetailWire Golden Rule when submitting your comments.
Braintrust
"I’m going to give the benefit of the doubt to the associates, and believe in the better angels of their nature."

"This is a head-scratcher. It sounds like in the short run this is precisely who you would want on your floor – someone with charisma."

"Great managers learn to manage employees the way the employee wants and needs to be managed."

13 Comments on "Are negative personality traits prevalent on selling floors?"

We’re talking about retail associates here. I can’t even with this one.

This really depends on the store. I’d say most U.S. mainstream retailers do not have high-pressure sales people; associates are pleasant and helpful and are genuine in their desire to assist customers. Some retailers, in higher-end fashion and higher-ticket items, do have more of a sales-led approach. And, of course, car dealerships are renowned for their extremely salesy (read annoying) behavior. At the end of the day, the customer remains in control and I don’t believe being dishonest or manipulative brings long term gains.

I appreciate research and studies, but how about focusing on positive traits, positive energy, and successful emotional intelligence? I think we all want positive customer experiences everywhere we go. Is it too much to ask that retail associates should always aim to embody the Golden Rule?

My experience with retail associates is mostly that they are helpful, professional, and courteous. Is that the result of manipulative (Machiavellian) and/or self-serving (psychopathic) pathologies? I suppose it’s possible. Or possibly, it is the mutual shared interest of management incentives designed to create a happy customer. I’m going to give the benefit of the doubt to the associates, and believe in the better angels of their nature.

I’m not sure where the research team did their research. It is certainly not my experience to find these folks in front-line retail selling jobs. More commonly I find sales associates who haven’t been trained properly and may not know much about the products they’re selling. I attribute that to labor issues retailers are experiencing at the moment. But Dark Triad folks? Come on now…

Come on, now. Retailers want to hire people who can engage with customers — I don’t know of any company that insists on personalty tests as a condition of hiring.

Spending almost every day in retail stores staffed with management and staff members, I’m with Georganne on this one …

This is a head-scratcher. It sounds like in the short run this is precisely who you would want on your floor – someone with charisma. I have little desire for someone who returns little in the short term.

There are plenty of hiring tools and behavioral style assessments that can make it easier to hire the right person.

Applying this study to the retail floor is a waste of time and energy. Yes, different people and personalities need to be managed differently. But why would you not hire people driven to be successful and learn to manage them? Great managers learn to manage employees the way the employee wants and needs to be managed.

Retail attracts all sort of personalities. The negative traits described most definitely exist in retail, just as they exist in every other occupation. Ultimately retailers need to find salespeople who behave in a way that’s consistent with the culture of the organization. HR should craft the interview questions that probe for undesirable/desirable traits and hiring managers should do their best to hire candidates who fit. I would appreciate seeing a follow up study that examines the positive traits salespeople have. I have encountered far more positive than negative.

Pretty deep subject and I’m not convinced its worth the study time put in. Most associates in grocery and retail are by far helpful, and positive. I am fortunate to know so many who are proud of their work, enjoy being around other people, and helping customers.

As in any profession, there are always team members who need coaching, reminders of company values and operating principles.

Braintrust
"I’m going to give the benefit of the doubt to the associates, and believe in the better angels of their nature."

"This is a head-scratcher. It sounds like in the short run this is precisely who you would want on your floor – someone with charisma."

"Great managers learn to manage employees the way the employee wants and needs to be managed."