Are the alternatives any better than annual performance reviews? 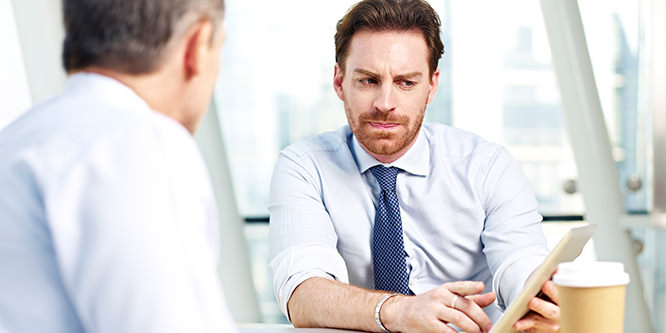 When it comes to workplace events that produce resentment and anxiety, few score higher than the big annual performance review. Recently, Adobe, Kelly Services, GE, Deloitte and PwC have ended them and the rippling out to smaller firms and other sectors appears to be underway. To which many say: good riddance.

Anna A. Tavis, a clinical associate professor in leadership and human capital management at New York University, says the traditional annual review with its ranking system essentially sends the message, “here’s your grade for the year, and you can’t do anything about it, and, by the way, there are compensation consequences — that’s where the culture of fear came about, Peter is better than Paul.”

She adds, “Then you factor in bias or that a manager might not have visibility, or doesn’t remember what 35 or 40 people have done, and there were lots of faults built into the old system.”

But are better systems and results coming in behind the old?

Prof. Tavis says the best companies have shifted to conversations with workers that occur much more frequently than once a year, are less focused on the past and more on the future, and involve continuous adjusting of goals. These firms also are giving managers the skills to be coaches “rather than task masters,” she says.

Wharton management professor Peter Cappelli, who is also director of Wharton’s Center for Human Resources, has a wait-and-see attitude about whether employers will really create a different kind of relationship with employees or end up doing less performance appraisal and replacing it with nothing instead.

“The thing I would watch is to what extent this is an ideological battle,” says Prof. Cappelli. “Is it all about the money, all about rewarding people — that [this is] how things get done, we have to punish the bad employee and fire them? Is it all about the economic incentive? Or is it much more about relationships and developing people and encouraging them to perform better? It’s an ideological divide that has to do with human nature. And to some extent that’s at the heart of this whole issue.”

DISCUSSION QUESTIONS: Are you a fan of annual performance reviews for retailers? Are there better alternatives?

Please practice The RetailWire Golden Rule when submitting your comments.
Braintrust
"Anything is better than the traditional reviews. They epitomize what is wrong in retail today."

"You must be willing to track the performance of your employees like you do your website to succeed in retail."

"I’m a fan of the annual review only because it forces managers to have a conversation with employees."

11 Comments on "Are the alternatives any better than annual performance reviews?"

Anything is better than the traditional reviews. They epitomize what is wrong in retail today.

They measure process and, as a result, foster a culture of enablers and process-driven management.

We should be evaluating employees on their purposive behaviors. Purpose alignment creates a culture of action and self-monitoring.

I was never a fan because I never got one. My boss would just give me the forms and tell me to give myself a good review but not a perfect review. Find one fault to work on. So my fault would be to try to start taking all of my vacation. I usually just outlined goals, made sure I achieved them and got my bonus. Goals are the key. It puts employees on a level playing field. Otherwise you will end up discriminating.

During my time as a retail associate I worked for two major department stores. We’d know in advance when corporate was coming. They would walk through the department in insulated clusters and afterwards the area manager would come to us with a list of things they wanted done differently. The list would tell us to fill areas with product we didn’t have, clean with supplies we were still waiting on and follow dress code standards we hadn’t heard of until then. Corporate visits were the greatest cause of resentment among associates. Not only did corporate neglect the opportunity to talk with their employees by keeping themselves in a small, eye-contact-refusing little cluster, they destroyed the team morale our area managers were working so hard to build. So I’m all for upper-level management having as many one-on-ones with their employees on the front lines as possible. Annual performance reviews can be the singular opportunity management has to communicate with and assess their employees. But replacing annual performance reviews with quarterly meetings where there’s a frank, performance-based… Read more »
1
|
0
-   Share

Like it or not, retail is a business of measurables as well as intangibles … at least for line managers (merchants or store managers) responsible for things like sales, gross margin, turnover, shortage and store expenses. So it’s important to hold people accountable for those metrics for which they’re responsible. If you don’t like the idea of a report card (even looking at daily sales) you are in the wrong business.

The problem is that the system seems unchanged at least since I started getting performance reviews in the late 1970s and surely predating that. The intangibles (like the ability to collaborate with a team, to train others, to work effectively with vendors) ought to be given more weight and should be evaluated much more often than once a year. This kind of frequent feedback will prevent the year-end review from becoming a surprise and will also have a positive effect on the metrics.

Annual is worthless. More frequent, more positive — yes. You must be willing to track the performance of your employees like you do your website to succeed in retail.

In every organization it is the CEO’s responsibility to create a culture where every employee receives feedback on their performance, suggestions for improvement and goals for moving forward. These conversations should include a formal annual performance review which senior executives can audit and review.

Doing away with the annual performance review will most likely result in managers abdicating their responsibility to provide honest feedback to employees. Managers are very busy and without oversight and formality, the task of giving employees feedback, suggestions and goals will fall off their plates. Employees deserve honest assessments and managers should be trained to perform this function properly.

In my early years I made a darn good living presenting a two-day workshop for health care managers on how to do performance appraisals. I deeply apologize. Not quite so long ago I developed a different approach and tried “team reviews” and even “departmental reviews.” With the former the team did a self-review with the help of a trained facilitator. With senior teams, I was that facilitator. This kept the focus on how behavior affects team performance instead of focusing on the individual in isolation. With the department approach, we typically had a “Review and Rejoice Day,” a full day event where departments would heap praise on other departments that had helped them out in supernatural ways. They also compared goals for the coming year, pointing out where, when and how other departments could help them be a success. The senior executive team was treated as a “department” and were not exempt from any of this. I usually facilitated this whole thing. Following the session department heads would meet to ensure that collaborative agreements were… Read more »
2
|
0
-   Share

Remember the One Minute Manager? It is an iterative process of setting goals, praising and re-directing teams. That being said, I’m a fan of the annual review only because it forces managers to have a conversation with employees.

I don’t find many — or any — of the arguments against (annual) reviews shown here to be convincing: the manager is vindictive? Or incompetent or just doesn’t know who you are? That would seem to be a problem of not having a very good manager (or in the latter case, maybe a not very good employee as well). I don’t think changing either the method or frequency of evaluation will resolve that (those) problem(s).

I was going to say that performance review processes shouldn’t differ for retailers versus other businesses, however, on second thought, I do believe there are nuances that should be considered. Full-time versus part-time staff need different approaches since their motivations typically differ. Also, with retail generally being a week-to-week-driven business, shorted intervals between reviews is required. That’s why I like the evolution of managers to become coaches for the staff. Ongoing adjustment of personal goals should be the culture for retailers.

Frequent feedback and formal(like) reviews should occur monthly for retail store employees. Having a single, annual review in the retail industry, where the length of an employee’s stay may only be a year or two is not beneficial to the employee or the retailer.

Braintrust
"Anything is better than the traditional reviews. They epitomize what is wrong in retail today."

"You must be willing to track the performance of your employees like you do your website to succeed in retail."

"I’m a fan of the annual review only because it forces managers to have a conversation with employees."