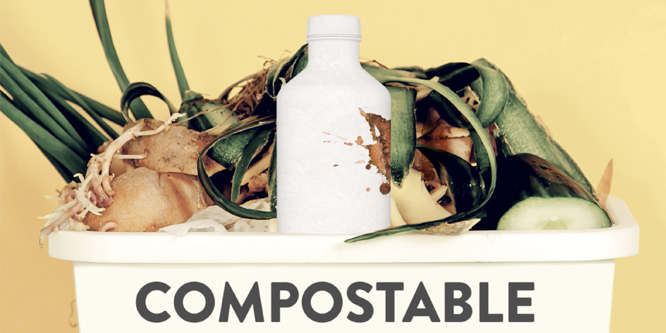 Plastic, aluminum and sometimes glass containers are what everyone is used to seeing in the soda aisle. One major name in consumer packaged goods, however, is looking to create a new soda bottle more sustainable than anything that has appeared on the shelves so far.

Keurig Dr. Pepper is developing a compostable, recyclable paper bottle that it plans to pilot in the U.S., according to Consumer Goods Technology. The bottle is to be made of fiber and organic materials, rather than, for instance, the polymer-lined paper packaging associated with milk cartons. The bottle, label, cap and closure can all be easily composted or recycled alongside other paper products. The manufacturer plans to pilot the bottle later in 2022 as a container for juices, water and carbonated beverages.

Plastic waste from products like soda bottles has been identified as a major source of pollution, with the total amount of plastic manufactured since the 1950s weighing in at 9.1 billion tons, according to Smithsonian. Less than one-tenth has been recycled, 12 percent has been incinerated (causing its own environmental impact) and the rest has ended up in landfills. Scientists have been working on biotech solutions to address the problem, such as engineering enzymes capable of digesting plastics.

Keurig, which acquired Dr. Pepper Snapple Group in 2018,  has itself been criticized as a big-time environmental offender. The brand’s “K-cups,” originally launched for home use in 2004 after becoming popular in offices, have gained notoriety for becoming such a large source of single-use plastic that even the K-cup’s inventor has expressed some regret for creating it.

The company began producing what it purported to be recyclable K-cups, but it recently settled a 2018 lawsuit that questioned the product’s claim to recyclability.

The allegation, according to Lexology, says K-cups’ “recyclable” labeling is misleading, as few or no facilities are set up to actually recycle them and they often end up in landfills. The company settled for $10 million.

Keurig Dr. Pepper is not the only soda manufacturer that has been bubbling about sustainability.

In 2021, Coca-Cola announced it was making some of its sodas available in 100 percent recyclable plastic bottles in 25 markets.

DISCUSSION QUESTIONS: Would a fully compostable paper bottle represent a magic bullet for sustainability? Do you think next-gen sustainable packaging will become table stakes for competing in CPG?

Please practice The RetailWire Golden Rule when submitting your comments.
Braintrust
"Packaging is a key part of the sustainability equation, and this could be a fantastic option for the food and beverage space."

"Yes a recyclable bottle is a meaningful improvement. But let’s not pretend this becomes a clean product any time soon."

"I’m not sure there’s any silver bullet for sustainable containers, but Dr. Pepper’s move into a compostable paper bottle is noteworthy..."

14 Comments on "Can Dr. Pepper build a better bottle?"

By 2030 we will see extraordinary progress in packaging, compostable or otherwise. While the Dr. Pepper container isn’t going to have a major impact on sales volume, it will make it an issue to be challenged. Supporting it with advertising will force the competition to rethink.

To date the mantra of packaging has been “just make it less.” The correct way to approach it is “let’s make it better for the environment.”

Regarding Keurig, the allegation that the “‘recyclable’ labeling is misleading, as few or no facilities are set up to actually recycle them and they often end up in landfills,” is eye-opening. I will look askance at those claims in the future. Greenwashing!

While we’ll still need brands to employ a variety of other, additional eco-friendly tactics, this is certainly a positive development. Packaging is a key part of the sustainability equation, and this could be a fantastic option for the food and beverage space. I would like to know what the environmental cost is in producing these bottles, though, to make sure it’s not causing a larger footprint in a different way.

If this development project works, and they are able to provide a truly compostable package for beverages it would be a huge game changer. These bottles wind up everywhere in the environment, not just in landfills. Kudos to Keurig Dr. Pepper for committing resources to addressing this problem.

We should all applaud KDRP for this effort on such an important initiative. I have just returned from the Western Michigan University Food Marketing Conference, and in addition to all the talk about the Metaverse, many of the sessions and presentations from CEOs from Kehe, Spartan Nash, Hormel and even Indra Nooyi, Ex-CEO of Pepsico, focused on sustainability.

We must all be involved in this in order to leave our children and grandchildren a safe and healthy planet.

This is an awesome initiative and I hope they can pull it off. Recycled plastic is not the best solution, as a recent study from Brunel University London showed that recycled plastic leaks more chemicals into drinks, so this could be a game changer. However let’s hope this doesn’t end up creating a similar experience as paper straws. Blech.

I’m not sure there’s any silver bullet for sustainable containers, but Dr. Pepper’s move into a compostable paper bottle is noteworthy, and they should be applauded for these efforts. They’d be wise to develop a very creative and compelling overarching PR campaign for the bottle as they introduce it into the market. As far as packaging innovation, next-gen work has been around for years. It’s already table stakes for CPGs. Unilever, PepsiCo, Coke, and Dr. Pepper all have been experimenting with new resins, polymers, papers, etc. for all of their packages, including paper, plastic, glass and aluminum. With sustainability initiatives high on CEO’s priority lists, you’ll start to see some very innovative packaging brought to the market over the next several years.

A fully compostable paper bottle would offer a remedy to reduce waste with packaging innovation. In search of a triple bottom line winner, industry watchers will await the pilot’s success while examining the costs of widespread adoption.

Over the longer term, next-gen sustainable packaging will become table stakes due to growing consumer outrage over plastic waste. Sustainable packaging is a global priority: last month, the UN agreed to a plastic pollution treaty to cut waste worldwide.

The challenges to making a recyclable bottle are many. The bottle has to be able to handle all the challenges that current plastic bottles face in the supply chain, from the fill line to the issues involved in store delivery and display, and in the customers’ homes and still maintain the product’s carbonization. All this being said, it would be a great accomplishment and one in which I hope they succeed.

This issue has gone mainstream, parallel with Starbucks’ announcement this week that they plan to phase out plastic cups in lieu of reusable ones.

Water treatment and waste. The amount of water used to create each bottle is staggering. The transportation costs and pollution. Yes a recyclable bottle is a meaningful improvement. But let’s not pretend this becomes a clean product any time soon.

It’s wonderful that Dr. Pepper is working on this initiative.

My question is what will happen with these new bottles? Should the consumer throw them away in the “trash”? Do they go in the recycling bin? If they go in the trash, is this a pyrrhic victory?

Consumer education and the full journey of product disposal needs to be laid out, in order to complete the picture of environmental impact.

I was listening to the radio this morning, and a news story came on that government is considering some kind of “rebate” check to try to undo higher gas prices … even though those higher prices will lead to less pollution and less congestion and fewer traffic deaths. Apparently, we only want those things if they can appear magically, without any cost or effort or side effects.

Where was I? Oh yes: virtuous goals like “sustainability” are important only as long as they involve no cost or effort on anybody’s part … I wouldn’t count on them becoming “table stakes” any time soon.

I applaud Dr Pepper group for pursuing and taking steps in the right direction, regardless of what actually gets created. They will get credit from customers for being a leader in sustainability, and recognition towards their brand.

What could come out of this work is many more bottlers, CPGs, packaging manufacturers and retailers of all sizes will have an opportunity to learn from it, and hopefully collaborate to adopt some of these improvements.

I don’t feel there can be a magic bullet to boost sustainability. The feeling and values of sustainability can’t always be inculcated. It should come from within. Retailers would need to think about sustainability on a conscious level and begin with cultivating sustainable values in their business practices. Without this intention, such sustainable initiatives are nothing more than a marketing gimmick or a meaningless distraction for customers.

Braintrust
"Packaging is a key part of the sustainability equation, and this could be a fantastic option for the food and beverage space."

"Yes a recyclable bottle is a meaningful improvement. But let’s not pretend this becomes a clean product any time soon."

"I’m not sure there’s any silver bullet for sustainable containers, but Dr. Pepper’s move into a compostable paper bottle is noteworthy..."