Can vending units help Uniqlo achieve success in the U.S.? 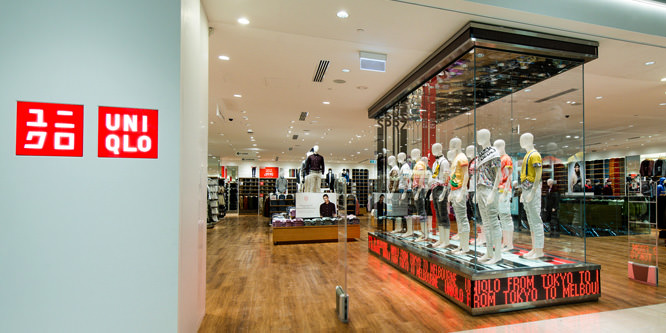 Uniqlo has not had an easy time of it in the U.S. The Japanese fashion chain, which once seemed set on opening stores in large numbers across the country, had to hit reset a couple of years ago and is still trying to figure out how to connect with American consumers. Its latest idea involves vending machines in airports and malls.

According to a Wall Street Journal report, Uniqlo will roll out vending machines this month and next in 10 airports and malls. The machines will sell basics to travelers at airports, like a lightweight down jacket for those who forgot to pack for colder weather.

The vending units, which are cheaper to operate than stores, will give Uniqlo access to consumers who might not have ventured into one of its locations while providing insights on what products people want to buy.

“We’re trying to understand where we can be more successful without making a big commitment,” Marisol Tamaro, head of U.S. marketing for Uniqlo, told the Journal.

The units, which stand six-feet-tall, will offer a range of shirts and jackets in various colors and sizes. Items are dispensed in cans and boxes and may be returned to a store or sent back via mail.

Both Macy’s and Safeway tested vending units selling consumer electronics and other gadgets more than a decade ago. Best Buy, the Journal reports, has generated millions in revenue at airports where it has vending machines. The consumer electronics retailer has 183 machines in operation.

In March, Uniqlo announced it would close some of the chain’s stores in second- and third-tier malls and relocate some to premium locations. Chelsey Tam, a Morningstar analyst, said the chain had been hurt by stocking the wrong styles and sizes in U.S. stores.

DISCUSSION QUESTIONS: Will vending units in airports prove successful for Uniqlo, as they have for Best Buy? What knowledge will Uniqlo will be able to take from vending unit transactions and apply to its stores in the U.S.?

Please practice The RetailWire Golden Rule when submitting your comments.
Braintrust
"Unfortunately, Uniqlo has always been a brick-and-mortar company in a digital world."

"Vending machines are excellent for Best Buy because if I forgot my phone charger, I don’t need to try it on."

"These six foot tall vending units are a great opportunity to introduce Uniqlo to a wide range of consumers."

12 Comments on "Can vending units help Uniqlo achieve success in the U.S.?"

Unfortunately, Uniqlo has always been a brick-and-mortar company in a digital world. Their huge, oversized stores are completely inconsistent with new models and consumer behavior. They were late to the e-commerce game and continue to be behind despite having significant appeal to Millennials who are online. Vending machines won’t help solve this problem and if anything they will dilute focus from the core issue.

This seems like bad idea that will ultimately prove to be ineffectual. Selling consumer electronics through vending machines to travelers in an airport makes perfect sense. If you’re traveling and your headphones die, you’re going to want another pair and if your flight gets in at 2 a.m., the Best Buy vending machine is a godsend. I can’t image someone feeling the same way about skinny jeans from Uniqlo. While I do believe that there is a place for clothing retailers in airports, I don’t think vending machines makes much sense. I believe that the key learning for Uniqlo will be — this doesn’t work.

Creative! First, this is a great extension of omnichannel retail, which gives shoppers more options. I love it from that perspective. Second, I expect that their vending machines will do well — based on the novelty factor. There will be many shoppers who will want to make a purchase just to be able to talk about and tell the story to their friends.

HOWEVER I doubt that this will be such a great clip of business that they will offset the revenue from not having a full store. For that strategy to work, they need many vending machine locations.

I can’t wait to hear more about this.

I do not see a huge win here for a couple of reasons. First, there are many stores in an airport so that if I needed something I forgot, like a light weather jacket, I could probably find one that I could try on before buying. Vending machines are excellent for Best Buy because if I forgot my phone charger, I don’t need to try it on, so grabbing one at their vending machine is easy.

Personally I think Uniqlo’s problem has been a lack of marketing and finding a loyal audience. So without that I don’t see them doing all that well with vending machines. They would be better served to identify who they are as a brand first, identifying what appeal they have to customers and defining their selling opportunities. Then they can focus on how to make their stores successful. If they do that, they’ll find they won’t need vending machines.

I agree with the other commenters — this is an incremental revenue tactic whereas Uniqlo needs a rethink about retail. They can stay brick-and-mortar and be successful (like Primark and H&M) but they need to meet the U.S. retail market more fully and invest in retail that work. Most of their stores are in high-traffic/low-intent locations (like Boston’s Faneuil Hall) whereas they need to be finding those more destination shopping locations. I think they missed how the U.S. retail market operates. They need to build more general awareness of the brand before they can have success — Uniqlo has presented itself, generally, as a boutique fashion brand, but they are a low-cost retailer. They need to get the messaging straight, focus on destination shopping and maximize the online value messaging.

Agreed — destination shopping is where they earned success in Asia. Why they do not have a flagship in the Mall of America is a real head-scratcher.

I don’t see this as being a successful endeavor. Beauty retail and electronics fare well in airport vending machines because people forget last minute items when they travel or want electronics for convenience and entertainment on their flight. People don’t seek out vending machines to go clothes shopping, especially when they can’t try on the item. If people want to shop in airports, it’s more likely that they’ll want something unique from that location rather than a generic brand.

The short answer is, ‘No.” I just don’t see it. Yes, vending has been successful for some retailers — and at price points that made some initial skeptics blush. But retail space in airports is getting more and more sophisticated so it’s hard to imagine what you would sell out of those machines that you couldn’t buy in a shop. As to knowledge transfer, I think it’s a matter of apples and oranges — what you buy because you forgot to pack something probably isn’t an indicator of what you’ll purchase in the future. After all, you already have two of them.

Uniglo’s basics can be essential to travelers, IF they can stock the right styles and sizes appropriate for the locations.

Apparel so close that you can see it, but can’t touch it, or try it on and make sure it fits. Is there a “return slot” in those vending machines….

Mobile retail is a smart choice that provides convenience in a small footprint for on-the-go shoppers. In the past, we’ve mostly seen vending by box, such as Best Buy.

Today I see forward thinking brands finding mobile vending a new channel to explore. Benefit Cosmetics is a great example with “Glam Up and Away” vending machine kiosks in major airports across the US. Uniqlo is on target to test this concept with design and packaging that is authentic to the brand. These six foot tall vending units are a great opportunity to introduce Uniqlo to a wide range of consumers, learn which products people want to buy and capture important analytics the entire time. Smart move.

Vending machines in airports that work do so because they are selling small items that don’t require the shopper to try them out in any way before deciding they need to buy them. There are other stores in the airport selling apparel that I may have forgotten for my trip and they’ll let me try it on or at least touch it first. Why would you buy something like that from a vending machine? This doesn’t sounds like a great idea.

Braintrust
"Unfortunately, Uniqlo has always been a brick-and-mortar company in a digital world."

"Vending machines are excellent for Best Buy because if I forgot my phone charger, I don’t need to try it on."

"These six foot tall vending units are a great opportunity to introduce Uniqlo to a wide range of consumers."