Have restaurant meals become a better deal than food from grocery stores? 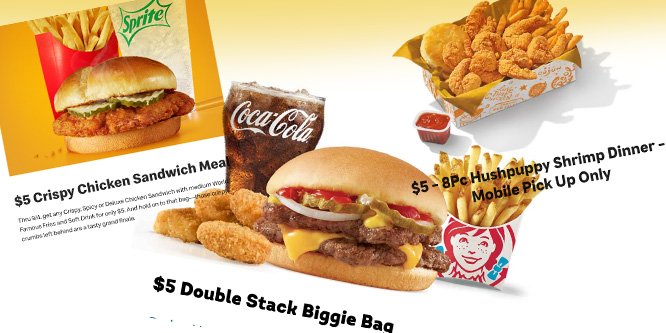 The conventional wisdom has long been that you are financially better off making food at home than splurging on eating out. But the inflationary economy might be flipping that logic on its head.

Prices in grocery were up 13.1 percent in July 2022 year-over-year, but restaurant prices were only up 7.6 percent, according to a Wall Street Journal report. This disparity represents the largest gap of its type since the 1970s and some major quick-serve restaurant chains have already expressed plans to play up the value of their product.

Ads from top restaurant chains focusing on deals have been on the upswing this year with 46 percent highlighting deals from January through April and 58 percent between May and August.

Grocery inflation pulling ahead of restaurants is consistent with trends seen in late 2021 and early 2022. The Department of Labor announced that grocery prices increased 6.5 percent in December of 2021 with restaurant prices only increasing six percent during the month, according to CNBC.

The economy tilting in restaurants’ favor represents a big change from the early days of the pandemic. Restaurant closures and social distancing regulations pushed U.S. consumers to eat primarily at home, spending on groceries over restaurants at a rate not seen since 2008.

The inflation that restaurants have experienced, while low in comparison to grocers, has not been insignificant. Local news reports tell stories of restaurants being forced to pass on costs to customers due to increased ingredient prices.

While inflation cooled for gas prices in July, food costs continued to climb, according to a CNBC report from early August. The cost of baked goods was up 15 percent year-over-year, milk and dairy were up 14.9 percent and fruits and vegetables were up 9.3 percent. Prices are still expected to climb 6.7 percent over the next 12 months. Experts say it will take time for the Fed rate hike to cycle through the economy.

DISCUSSION QUESTIONS: Will U.S. consumers shift more food dollars to restaurants through the balance of 2022? How do you see restaurant and grocery marketing responding to rising food prices over the next six months?

Please practice The RetailWire Golden Rule when submitting your comments.
Braintrust
"The general trend we are seeing is people cutting back on more expensive dining out and trading up to treats in the supermarket. However the patterns vary across income groups"

"No. Purchases of foods in restaurants will always be more expensive than purchasing the food at a grocery store and preparing it at home."

"Not all but many restaurants provide meals that individuals can’t consume in one sitting. That reduces the customer’s cost per meal."

16 Comments on "Have restaurant meals become a better deal than food from grocery stores?"

“A better deal” translates directly into “perceived value” and, as long as consumers perceive that it is worth spending marginally more in restaurants in exchange for not cooking and not washing dishes, the answer is yes.

Since restaurants are also paying inflated prices for food, this perspective is difficult to accept at face value. Even so, consumers will be happy to go back to eating out and get out of the kitchen.

With the exception of some fast food value meal deals, it is still less expensive to cook at home. Some consumers may be attracted to the value deals and will shift more of their food to dining out more while food prices remain high. The downside is that for the most part, fast food is less healthy than home cooked meals.

Make no mistake, cooking at home is usually cheaper than eating out, and largely still is. Restaurants’ labor, rent, food costs and other expenses drive up the bill. However fast food chains, which drive value offerings, will give consumers an alternative to preparing meals at home. The challenge is for grocers, food brands and meal-kit companies to present an offering to consumers that convinces them that eating at home can be more affordable. Easier said than done!

Short answer, no. It’s still cheaper to eat at home. Consumers at the lower end of the economic spectrum will be forced to continue to find ways to cut their budgets, including food. And the most “visible” way to do that is to limit restaurant visits.
That said, I also expect that we’ll see more shift from nicer, more expensive restaurants to less expensive QSRs for middle class consumers. I expect that change will more than make up for any loss of other customers. QSRs will do well during inflationary times.

It depends what type of outlet you go to. Fast food or QSR outlets are extremely good value for money and can often be cheaper than going to the supermarket. Mid-tier and higher price restaurants are generally more expensive, especially when a family dines out. The general trend we are seeing in the market is people cutting back on more expensive dining out and trading up to treats in the supermarket. However the patterns are very variable across income groups.

No. Purchases of foods in restaurants will always be more expensive than purchasing the food at a grocery store and preparing it at home. Restaurant food pricing has to account for all of the costs of maintaining a restaurant, plus labor, and the cost of food on top of this. There is also waste to consider when preparing restaurant food, and all of the preparation to create the correct atmosphere for the restaurant itself. There are clearly too many other cost components that have to be accommodated for when pricing restaurant food.

Consumers will only shift food dollars to restaurants if they believe the overall cost of a meal is less than what they can create in their own kitchen. For fast food QSR value meals this may be the case, but most consumers will decide these meals are less healthy overall and only worthwhile occasionally. That isn’t enough of a shift to make a significant dent in spend patterns. Compared to other restaurants, the cost still isn’t lower than buying groceries, it just means consumers will continue to find value while shopping for a meal.

Bob makes an excellent point about perceived value, and the quick-serve restaurant chains in the U.S. have tapped into this psychology for years. Just think about the “value meal.” Today the focus is less on the value meal and more on the value of loyalty, which is earning Americans free and discounted food over return visits. The CEO of Restaurant Brands International confirmed this in another recent CNBC article, “Burger King parent says more customers are redeeming coupons and loyalty rewards.” Thanks to mobile apps, it’s never been easier to keep track of loyalty rewards — and motivate consumers to continue earning with push notifications and gamification. The act of earning something plays into the perceived value and thought that “I would not want to waste that effort.” This is why July was the best month on record for fast food app downloads, according to Apptopia estimates.

Doubtful. Inflation is a major concern for consumers and it’s still less expensive to eat at home. Food prices won’t hold for long at restaurants — even Costco caved.

Sadly, most of the “deals” offered by restaurants are coming from purveyors of the most unhealthy options. Sure, many people will find “$5 meal deals” to be a lower price and easier than preparing meals at home, but most of those perceived deals are full of fats, sugar and sodium, with very little real nutritional value. I do expect that short-term economic dynamics will drive more people to eat more restaurant meals, but the long-term costs are looming.

I agree that you have to focus on “perceived value,” but if that at-home perception integrates product purchase (cost and time), preparation time, cooking time (and use of gas/electricity), setting and cleaning off the table, washing dishes (by hand or using electricity for the dishwasher) and packing up leftovers — that value increases. Have I left anything out? Not all but many restaurants provide meals that individuals can’t consume in one sitting. That reduces the customer’s cost per meal. You can view the cost analysis pretty quickly after a month. As for me, I look at a combination of cooking meals at home and buying food at a restaurant to help me financially and psychologically. It’s been hard to come up with in-home cooking menus over the last few years. And my household has a great advantage over many others. We love leftovers.

Restaurants may have higher labor cost per sales dollar, but that also have higher margins with which to absorb the inflation they face. I expect people will continue to see restaurants (broadly defined) to continue to be perceived as a better value until either their labor cost or ingredient cost as a percentage of gross margin beyond current level grows and they elect to raise prices.

So a (much) higher set of prices went up relatively less than a lower set? Well, guess what: they’re still much higher! (and it’s no mystery why: labor costs — the biggest component of restaurant costs — didn’t go up as much).

Sorry, but I find the whole premise of this post bassackwards: I think if anything, rising prices will make people eat out less than previously.

Not unlike 2008 economic issues, many consumers are now finding value by shifting spend from higher-end and mid-range restaurants back towards grocery stores, cooking at home. While other shifts within the grocery store walls means forgoing less expensive meats, fish and premium brands for more value cuts and brands.

Grocers who proactively market, lead and engage with customers on where to find deals in store, show how to save money, and remove friction are the ones who will enjoy loyalty and revenue growth.

I believe consumers will shift more disposable income to restaurants and not just because it can be a better deal. The pandemic has shifted our consumer behavior, and since more customers have used restaurant food delivery systems in the last three years than ever before, it is now part of our culture.

Convenience is a big motivation in delivery and take-out, so long as restaurants are able to meet customers’ expectations, they can mitigate price increases.

Braintrust
"The general trend we are seeing is people cutting back on more expensive dining out and trading up to treats in the supermarket. However the patterns vary across income groups"

"No. Purchases of foods in restaurants will always be more expensive than purchasing the food at a grocery store and preparing it at home."

"Not all but many restaurants provide meals that individuals can’t consume in one sitting. That reduces the customer’s cost per meal."