Is Apple’s App Store a monopoly? 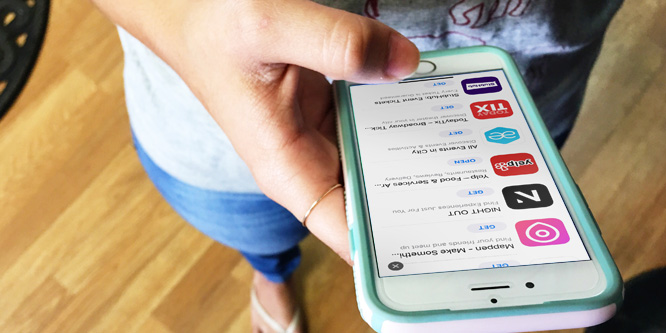 Many, if not most, would agree that the prices charged to download apps from Apple’s App Store are quite modest, when they’re not free. However, an antitrust class action lawsuit brought against the tech giant alleges Apple uses monopolistic power to raise prices on the apps sold on its platform. As it turns out, the Supreme Court of the United States believes that those bringing the suit should, at least, have the opportunity to make their case in court.

By a 5-4 vote, the nation’s highest court sided against Apple in the hearing. The case arrived before the Supreme Court after the U.S. Court of Appeals for the Ninth Circuit ruled that consumers have a right to sue Apple because it is a distributor of products through its App Store. Those bringing the case against Apple claim the company is involved with app makers in setting prices, charges commissions up to 30 percent on sales and dissuades developers from selling on other platforms.

The New York Times reports that developers have sometimes complained about Apple’s control of apps on its marketplace. While larger companies such as Netflix and Spotify offer their apps on their own sites independent of Apple, some smaller companies may not feel they have the same freedom to market their products elsewhere.

In its filing, Apple argued that its App Store “has been widely emulated so that, today, app stores are commonplace, distributing not only iOS apps for iPhones and iPads, but apps for Android devices, desktop and laptop application software, content for gaming platforms and much more.”

The complainants, Apple posited, have plenty of other places to access apps and said that its restrictions and fees are directly tied to assuring that apps sold for iOS are free of malware or other consumer-unfriendly features. The tech giant denied that it sets prices for app developers and claims that it only serves as an agent for developers in selling apps.

Apple’s iPhone models represent fewer than half the smartphones being used in America today.

DISCUSSION QUESTIONS: Do you think Apple’s App store policies are monopolistic in light of market realities? What fallout in the retail market, if any, do you expect if the case is ruled in favor of those bringing the class action suit against Apple prevail?

Please practice The RetailWire Golden Rule when submitting your comments.
Braintrust
"Simply put, consumers have a choice and an alternative here. "

"Apple’s control over its App Store provides a level of assurance that the apps are of a level of quality and are not inappropriately harvesting data from users."

"I lean towards saying, “no — you chose to buy the phone, therefore you buy into the ecosystem.” There are other choices."

13 Comments on "Is Apple’s App Store a monopoly?"

I don’t believe Apple’s policies are monopolistic and frankly, the Supreme Court should focus their attention on the scandalous behavior of drug companies and how they price life-saving pharmaceuticals. I’m not convinced that the case will rule against Apple so I doubt the class action suit will go forward.

I’m not prepared to judge the case on its legal merits, one way or the other, but at first glance I don’t agree with the accusation that the App Store is a monopoly. As Apple points out, app developers and e-commerce merchants can use other platforms (Android-based, Windows-based and so forth) if they choose. I see a parallel to the Amazon Marketplace: Second-party merchants who use Amazon as a platform to drive their business should be willing to adhere to Amazon’s “rules of the road.” I see Apple having the same right to exercise some control over those using its iOS megaphone.

I agree with Mark. Facebook and Google are exceedingly more monopolistic than Apple who owns roughly 10 percent of the smartphone market.

This is a very tricky case. While Apple does exert much control over the apps distributed via the Apple App Store, they also have a lot at stake. Their brand is built on a foundation of user-friendly, secure devices. One could argue that ensuring apps developed to run on Apple devices stay true to their brand promise is not only their prerogative but their responsibility. I believe the vast majority of Apple users trust Apple to ensure that apps they download are safe and secure, reliable and easy to use. However, if Apple oversteps by forcing pricing decisions on app developers, I believe the court should intervene.

Everything Apple does is designed to be proprietary, in the name of making things “simpler” for the user. I could paint this either way — but I lean towards saying, “no — you chose to buy the phone, therefore you buy into the ecosystem.” There are other choices.

Simply put, consumers have a choice and an alternative here. By its definition, it’s not a monopoly. It’s the cost of doing business. If their rates or terms and conditions are too strict, then the market will correct it itself. I agree with another post here, the Supreme Court should focus on a myriad of other issues.

This is an ongoing debate, yet ultimately a losing proposition. If you buy an Apple or Samsung product, you also buy into the ecosystem of those products. Apple in particular prides itself on keeping iOS proprietary and locked down.

It’s not a monopoly in the purest sense, rather its an integrated ecosystem which works well. Monopolies are running rampant in social media, as well as search. Facebook and Google are just as omnipresent as Microsoft is in the software space. However, all three brands offer value-added services.

I do agree with my fellow BrainTrust members that a greater focus should be placed on the Monsantos and pharmaceutical giants who have a far greater monopolistic grip on the packaged goods and prescription drug industries.

First of all, Apple is not the only game in town. No one is locked into purchasing Apple products. Secondly, I would prefer to continue with Apple as their products work. That assurance is worth any investment and I find it to be a value proposition. There is no monopoly that I see, just good management desiring quality products for their customers.

Unless you are an app developer You prob have zero idea how the app stores work. The Apple/Google Play store takes 30 percent from every app that has in-app purchases, forever! The apps that offer subscription services like Netflix, Xfinity, Prime Video, dating apps etc. they take 30 percent for the first year and 15 percent each year after, forever! They are your forever partner that you didn’t ask for! Apps have had to charge the public or at least split the loss to cover Apple’s 30 percent extortion, yes, charge people more! Not because they want to. The Google Play store allows you to have an app outside of their store, but still on their phone, where you can download from the app’s websites and choose to bypass the 30 percent extortion. Which is why the Google Play store is not a monopoly. Ex: Epic games ”Fortnite,” Prime Video, Netflix, etc. are big enough to refuse to be extorted from Apple any longer and send new customers to their website to pay and only… Read more »
3
|
-3
-   Share

I can see why there maybe concerns around this – however one thing I do feel is that Apple’s control over its App Store does provide a level of assurance that the apps are of a level of quality and are not inappropriately harvesting data from users. Non-app store apps can be run on the iPhone by changing settings – so I wonder if this might be used as a defense.

Personally I am not a fan of Apple’s restrictive approach generally – I am delaying upgrades as long as I can to avoid losing the headphone socket. I am sure I am not alone.

We also need to remember that one of the reasons Spotify (as a new business model) took off was because of how difficult Apple made it to put your existing music onto your iPhone.

The court narrowly agreed iPhone consumers are “direct purchasers” and did not suggest the antitrust claims of the class action group have any merit. In my opinion, the protection that Apple offers is well worth the premium (to the extent there is one) of purchasing from the App Store.

Within the Android ecosystem, we have seen malware, unsafe software, piracy, and apps that facilitate illegal activity when “side-loaded,” or purchased from third-party app stores.

Past analyses of the App Store found 85 percent to 90 percent of apps are free, so that tests the claim of monopolistic pricing. Consumers eventually still “pay” by viewing adds, making in-app purchases, and upgrading. But these are choices driven by market forces, which seems incompatible with monopolistic practices.

In the Google Play store, Google encourages app developers to follow a free+ads based model rather than charge for their apps. Does that offer a better solution? Perhaps, but it means you’re willing to tolerate endless ads targeting you (which, by the way, will generally feed Google’s pockets more so than the app developer — Google, after all, is a search/ads business more than anything else). However, does that mean Google exerts undue force upon developers to keep prices down? I find it fascinating we have a Supreme Court looking at Apple, who doesn’t even have a majority market share of smartphones, to see if they could be considered a monopoly. The definition of monopoly is pretty specific in legal terms and it’s hard to believe it fits the description of how the App Store works. This is not the same as when AT&T was broken up because they were a monopoly in the telephone services industry. Yes, it’s true many developers cry foul at the idea of Apple taking 30% as their fee for… Read more »
1
|
0
-   Share

I have been an app developer on the App Store since the day it launched, and now more than 30 apps later I haven’t spotted any signs of them trying to influence app prices higher. They’ve always charged the same 30% to everyone since the beginning. I also publish on the Play Store and see no noticeable difference between the two in regards to pricing.

Braintrust
"Simply put, consumers have a choice and an alternative here. "

"Apple’s control over its App Store provides a level of assurance that the apps are of a level of quality and are not inappropriately harvesting data from users."

"I lean towards saying, “no — you chose to buy the phone, therefore you buy into the ecosystem.” There are other choices."