Is the clock ticking on TikTok? 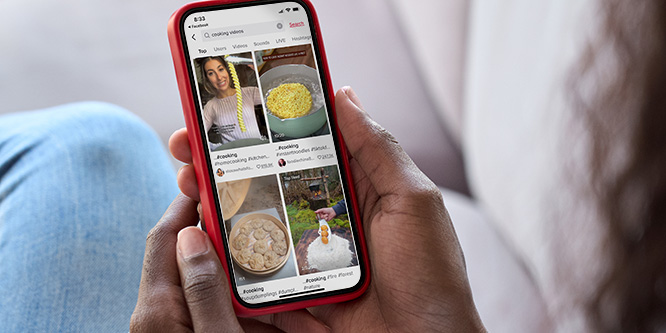 TikTok is facing restrictions in some U.S. states, with some government figures pushing for more comprehensive, and even federal, bans. This could have big implications for how much time, effort and money brands and retailers are focusing on promoting content on the single most popular app in the world.

A number of Republican politicians at the state level have already banned the app for use by government employees, CNN reported. Furthermore, the Federal Communications Commission (FCC) is being urged to pressure Google and Apple to be tougher on TikTok, and a group of senators led by Republican Marco Rubio introduced a bill to ban the app entirely nationwide, citing concerns over national security.

Reports indicate that some or all user data is seen by the app’s parent company in China. While the U.S. government has been negotiating with TikTok to implement features that would protect U.S. user data, such discussions appear to have stalled. Outside of the political arena, TikTok has also grown controversial over questions about the age appropriateness and potential danger of the content for young audiences.

Yet retail marketers big and small want to be where customers’ eyeballs are, and businesses have been investing more in putting content there as the app remains a huge fixture in social media.

Even as TikTok was coming to prominence, its reach allowed, for instance, San Diego-based candy retailer Candy Me Up to save itself from closing early in pandemic by marketing around a viral candy meme and pivoting to e-commerce during lockdowns.

An Insider Intelligence report found that TikTok is positioned to overtake both Facebook and YouTube in influencer spend by 2024, according to TechCrunch. YouTube currently holds the top spot.

There has been some stateside competition from U.S. platforms in the short-form video space. Google launched its Google Shorts feature, which serves up TikTok-style short videos, in July 2021.

Some influencers with big TikTok presences that began posting content on YouTube Shorts early on reported rapid subscriber growth and views in the millions, according to a Hollywood Reporter article.

DISCUSSION QUESTIONS: Should retailers keep the potential state or federal banning of TikTok in mind when building out marketing strategies? What does this say about how a retailer or brand should approach utilizing social tools to reach audiences in general?

Please practice The RetailWire Golden Rule when submitting your comments.
Braintrust
"The clock may be ticking on TikTok but consumers are still its biggest fans. Having a plan B and C is critical but giving up on TikTok entirely would be a mistake. "

"Marketers should ride TikTok as long as they can but be prepared for it to go away. Right now consumers are ignoring the warnings but they won’t forever."

"The market has spoken and TikTok has emerged as the critical social media platform for retailers and brands to engage with the emerging connected Gen Z consumer."

12 Comments on "Is the clock ticking on TikTok?"

Is there a more fraught and politically charged platform than TikTok? The recent legislation to ban the platform should send a chill down the spines of the brands/retailers that have and are investing in this platform. What’s the upside vs. downside? Advertisers should treat the platform as high-risk activity that could completely disappear or be legislated away. If you’re prepared to risk it, enjoy; for all others, there are less risky ways to connect with your customers.

Marketers should be creating Plan B. Say goodbye to TikTok. And watch Twitter fly away. And the collapse of Meta will be epic too. Doomsaying today — be prepared.

I was wondering when this was going to come up. If you are not advertising on TikTok you are behind the times now but this ban definitely changes how retailers will think about using it for marketing. I don’t think this will completely go away — there are probably several other options that are being developed stateside that will replace TikTok, retailers will just have to adapt to a new platform. I think the concept is solid — short quick bites of info that appeal to a customer about a product or service.

The clock may be ticking on TikTok but consumers are still its biggest fans. Having a plan B and C is critical but giving up on TikTok entirely would be a mistake. Until legislation hits (which it’s not certain what a ban could look like), retailers and brands still need to meet consumers where they prefer to consume content. Today that is TikTok.

Absolutely, the clock is counting down on TikTok’s U.S. presence. It’s just a matter of time before it’s completely banned in the U.S. If retailers and other advertisers haven’t looked at Plan B, they are woefully behind. Social media platforms are here to stay, so marketers need to keep a close ear to the ground on the up-and-coming apps with which consumers are interacting and leverage those platforms for their advertising.

Marketers should ride TikTok as long as they can but be prepared for it to go away. Right now consumers are ignoring the warnings but they won’t forever.

We adopted our daughter from China, and I sometimes post/retweet about the CCP critically. No way am I installing that app, or WeChat, or Tencent – there have been enough cases where Beijing has triangulated social media messages with app location tracking to create trouble for people here in the West.

The market has spoken and TikTok has emerged as the critical social media platform for retailers and brands to engage with the emerging connected Gen Z consumer. While there are inherent risks associated with any social media digital commerce campaign, TikTok is where all the action is. The potential content virality and monetization opportunities are there for the taking. However I agree that there should be guardrails and privacy protections for consumers and brands.

There is a risk/reward principle at play with TikTok, where the rewards are significant enough for retailers to be bold enough to take these calculated risks on the platform. The hope and expectations are that the Federal legislators will be able to work out protective measures on users’ data with TikTok’s parent company ByteDance. In the interim, retailers and brands should leverage a diversified social media strategy as a contingency plan if things go wrong.

Tempting as it is, I’m going to avoid all political aspects of this discussion, and just go with another option: given the half-life of most online platforms these days, my prediction is the world will have moved on to something new before anyone has much of a chance to do anything. Let’s just call it “extinction by natural selection.”

I recently saw a TV interview discussing TikTok which discussed the fact that in China, children are not allowed to use TikTok until a certain age — but only when the content is moderated to give an educational focus. Contrast the West where this moderation does not exist. The interviewee pointed out that in China, the most popular aspirational career for teenagers was an astronaut — where as in the US it was to be a social media influencer. They then went on to observe that should this carry on for a generation the consequences for Western Society was not good.

With the ongoing threats over concerns for national security, banning TikTok, in my opinion, is the right move! Additionally, TikTok has also lost its hype, since many other social platforms, similar to TikTok, have been introduced. I believe retailers can also align their marketing efforts over platforms like YouTube Shorts and Instagram Reels.

Braintrust
"The clock may be ticking on TikTok but consumers are still its biggest fans. Having a plan B and C is critical but giving up on TikTok entirely would be a mistake. "

"Marketers should ride TikTok as long as they can but be prepared for it to go away. Right now consumers are ignoring the warnings but they won’t forever."

"The market has spoken and TikTok has emerged as the critical social media platform for retailers and brands to engage with the emerging connected Gen Z consumer."