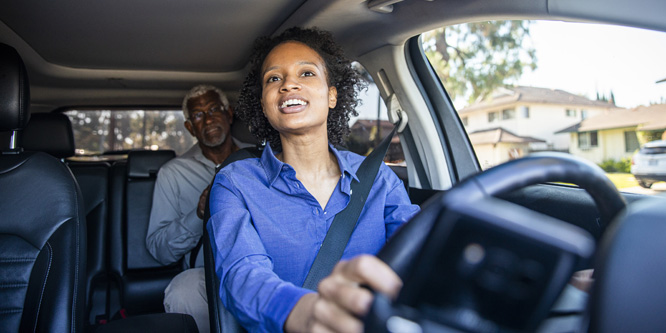 Food deserts continue to be a huge social problem that charities, government and the private sector are all working to remedy. One of the biggest names in today’s gig economy, Lyft, has been using the rideshare model to offer a remedy, and is now expanding its efforts.

Lyft announced the launch of the first phase of its grocery access program in Prince George County, MD, according to Patch. The program will service 100 families in the area and will be in place through June, 2020. The program allows people in areas identified as having limited access to a full service grocery stores to take a Lyft to a car-distance away Aldi, Giant Food or Safeway at a flat rate of $2.50. The program is part of Lyft’s City Works initiative, a set of programs the rideshare company has rolled out meant to maximize its positive impact in cities.

The move is an expansion of Lyft’s City Works program, begun in January 2019 with a pilot in Washington, DC and then opened to 12 additional cities mid-way through the year, according to Mashable.

While Lyft has, with programs like City Works, taken steps to position itself as a “more ethical” rideshare service than its major competitor, Uber, the startup still sometimes comes under fire.

Critics argue that “gig-economy” services like Uber and Lyft keep workers in economic precarity and use the independent contractor distinction as a way to avoid ensuring certain protections and benefits.

Programs from different quarters that address food deserts have become more prevalent as awareness has grown on the issue, and customers have come to expect an increased level of social responsibility from the retailers and services they use.

Earlier this year, Kroger took the unusual step of donating a building to a competing regional grocery chain, Superlo Foods, when Kroger’s move out of an underserved market in Memphis would have left the area with no full-service grocery store. Kroger also began piloting its Mobile Grocery Mart in Kentucky, a miniature grocery store on wheels which makes regular stops in underserved, low-income neighborhoods.

DISCUSSION QUESTIONS: Does Lyft’s program suggest a good path to addressing food deserts? Might grocers consider partnering with rideshare companies to facilitate similar relationships, or are there better alternatives? What downsides do you see as the program expands?

Please practice The RetailWire Golden Rule when submitting your comments.
Braintrust
"Lyft's idea seems like a worthy experiment in this regard. It's not an enduring substitute for better retail coverage in under-served neighborhoods, however. "

"Perhaps they could consider offering riders an option to share their ride with these programs in exchange for “pool” pricing."

"Retailers need to look at investing in the food deserts with new models, formats and technology that make operating there sustainable."

The downside is that these efforts may not be profitable – from a financial standpoint. However, the effort is well worth it on humanitarian grounds, as well as for PR purposes.

It’s the right thing to do, but it may not work out as planned. Don’t drivers have a right to refuse to respond to a call? Unless Lyft will have a different compensation structure for these rides, it might not go smoothly. Then it becomes an issue of how much the company is investing in this corporate responsibility effort.

I applaud the City Works program from Lyft. While there are certainly many legitimate and serious gig economy issues that contribute to conditions that lead to food deserts, this program will, without question, help people in need. Other City Works programs integrate other community-supporting activities into route planning. They bring senior citizens to health care appointments and they delivering meals to shut-ins. Perhaps they could consider offering riders an option to share their ride with these programs in exchange for “pool” pricing. I would do that just about every time, except when timing was critical.

Transporting shoppers to the groceries presents certain benefits compared with transporting groceries to the shoppers. Lyft’s idea seems like a worthy experiment in this regard.
It’s not an enduring substitute for better retail coverage in under-served neighborhoods, however. In urban centers, people need walk-to stores more than a discounted shuttle to the suburbs. For fresh products, especially, food shopping needs to be woven into the every day routine, not a periodic expedition to a foreign territory.

It is good to see companies responding to this challenge. I agree with the obstacles mentioned by others in the comments regarding balancing philanthropy with profitability, program execution by drivers, etc. If the companies can continue to work through these obstacles, the benefits to the community are well worth the effort.

Let me suggest we consider this in an even broader context: Studies show that the advent of Uber and Lyft has increased the number of cars on the road and increased city congestion.

It makes sense, given this reality, that Lyft would try to curry favor with local cities by offering these city relationship building services. The cost is insignificant as a way to continue to operate.

And, exactly what’s in it for the drivers? At a $2.50 gross they aren’t making money. Is Lyft subsidizing them? What about — as mentioned here — the fact that drivers can refuse rides? This isn’t corporate responsibility, it lets Lyft get the credit — on the backs of the drivers. Besides, isn’t the right idea building stores in neighborhoods located in food deserts? Moving residents to a store “a car ride” away from where they live isn’t solving the problem. If anything it is prolonging it. What these communities really need are affordable, quality, stores that are easily accessible, safe, and convenient. And, by the way, the workers in those stores shouldn’t be paid $2.50 an hour for their efforts. Count me skeptical.

It’s a great effort that I’m sure will benefit those in under-served communities. However, only by investing in these food deserts can we start to solve the problem vs. putting a bandaid on it. Retailers need to look at investing in the food deserts with new models, formats and technology that make operating there sustainable.

I am wondering why the Dollar stores have not taken hold in these underserved neighborhoods? Possibly these areas are in such bad shape that even these chains are reluctant to take a chance. Proves profitability speaks louder than service.

It’s an interesting attempt, but I think it falls short. People in food deserts don’t have the time every week to travel to buy groceries. It’s just not feasible and people in under-served areas won’t do it. I think a better idea is to be able to give a food list to Lyft drivers or the grocery store directly and then Lyft delivers it to their homes. Most food delivery is for the privileged and this would at least open up the opportunity to everyone in those communities.

A terrific PR opportunity for Lyft. Not certain, how the drivers make money. Plus, the answer is not to transport customers out of the desert. Instead, there needs to be continued efforts to provide quality, affordable food in any neighborhood with enough inhabitants to patronize the neighborhood supermarket.

In the Philadelphia area, Jeff Brown’s Shoprite Supermarkets have made an ongoing commitment to operating stores in food deserts. It has been a long standing challenge that Jeff and company have undertaken. Success Leaves Clues for others to follow.

Perhaps the next best thing to physically placing markets in these deserts is the work of Kroger with its Mobile Grocery Markets. Shoprite and Kroger are making investments that address the heart of food deserts. The Lyft initiative is nice but not a real solution.

Braintrust
"Lyft's idea seems like a worthy experiment in this regard. It's not an enduring substitute for better retail coverage in under-served neighborhoods, however. "

"Perhaps they could consider offering riders an option to share their ride with these programs in exchange for “pool” pricing."

"Retailers need to look at investing in the food deserts with new models, formats and technology that make operating there sustainable."