Nordstrom and Asos say joint venture is a game-changer 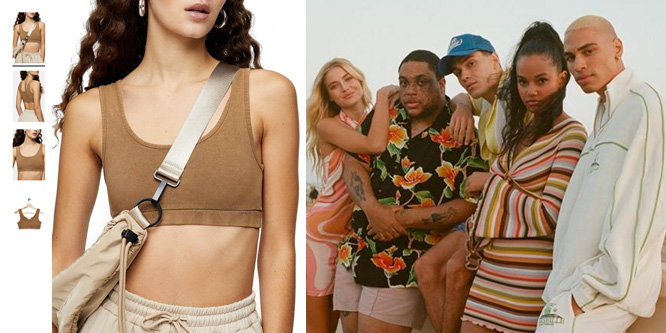 Nordstrom announced yesterday that it has acquired a minority stake in Asos’ Topshop, Topman, Miss Selfridge and HIIT brands.

The joint venture will provide Nordstrom greater access to fashions that are popular with younger consumers and offer Asos a physical presence in the U.S. market. The deal builds on a relationship that goes back to 2012 when Nordstrom became the “exclusive distributor” of Topshop and Topman brands in the U.S.

The companies have said that the partnership they are creating “will involve unprecedented collaboration and alignment, redefining the traditional retail/wholesale model.” Asos will retain creative and operational control of its brands and Nordstrom will have its exclusive multi-channel rights to distribute Topshop and Topman in all of North America. Nordstrom will become the only brick and mortar presence for the brands worldwide.

“Partnering with Nordstrom will support our U.S. strategy, allowing us to offer that to even more 20-somethings in North America,” Nick Beighton, Asos CEO, said in a statement. “We’re excited about the opportunities ahead, collaborating to deliver the best product through engaging, friction-free multi-touch experiences and we can’t wait to see the growth in our brands in Nordstrom stores.”

Both Nordstrom and Asos see the joint venture as the beginning of bigger things with “a wider strategic alliance” to come. The companies said they are currently discussing the creation of a multi-channel showcase for “a handful of Asos brands.” Customers placing Asos orders will also be able to pick them up at Nordstrom and Nordstrom Rack stores beginning in the fall.

Nordstrom has had success working with direct-to-consumer brands before but the Asos deal takes it a step further than its previous efforts. The retailer’s Investor Event in February included a panel of DTC brands that have found success via the department store retailer.

Richard Hayne, CEO at Urban Outfitters, said his company’s Free People unit began as a wholesale business, landing Nordstrom as an early customer. Nordstrom continues to carry Free People, which operates over 130 stores in the U.S. and Canada.

“The Free People customer is in her mid-to-late 20s through mid-40s, is relatively affluent and loves fashion,” he said. “That’s a direct overlap with the Nordstrom customer, and there are many customers that we would find either difficult or impossible to reach with our own stores and our own digital business.”

DISCUSSION QUESTIONS: What do you think will come out of Nordstrom and Asos’s joint venture? Do you expect to see more deals similar to this going forward between chain retailers and direct-to-consumer brands?

Please practice The RetailWire Golden Rule when submitting your comments.
Braintrust
"This is a great move for Nordstrom and exactly why Asos acquired Topshop/Topman — to enter the U.S. market."

"As an avid Asos shopper, I’m glad I’ll finally have a physical store I can pop into for their items."

"This deal not only makes Nordstrom more relevant to a younger demographic, it also ups their digital game by the virtue of Asos being focused on digital."

This is a brilliant move by both Nordstrom and Asos. Taking a stake in these brands will provide Nordstrom a far better understanding of the market than a mere partnership could ever offer. The mutual interest in outcomes is what makes this a truly interesting arrangement. Nordstrom can learn from Asos and Asos can learn from Nordstrom. This deal not only makes Nordstrom more relevant to a younger demographic, it also ups their digital game by the virtue of Asos being focused on digital. While these deals don’t always work out – Walmart has had plenty of failed experiments – I expect to see many more deals like this one in the future.

Plug-and-play portfolio partnerships are the wave of the future. Nordstrom’s latest move, like Simon Properties’ hookup with Authentic Brands, ensures a fresh, multi-brand, multi-demographic infusion that obviates the need for Nordstrom to negotiate individual brand deals. Nordstrom decided to go the partial ownership route, opening the possibility that Asos’ brands may eventually morph into Nordstrom owned brands. This is such a smart and aware move on Nordstrom’s part – to acknowledge that traditional private brands and incremental brand deals won’t cut it when it comes to appealing to new generations of shoppers.

I love the way you stated this, Carol: “Plug-and-play portfolio partnerships are the wave of the future.” For those retailers that do not recognize the value of partnering to attract and appeal to a broader audience, the wave of their future will be one of goodbyes.

This is a great move for Nordstrom and exactly why Asos acquired Topshop/Topman – to enter the U.S. market. Nordstrom has a loyal customer and they are looking to expand into a younger demographic. Topshop can do that for them as long as the assortment selection is hyperlocalized to each Nordstrom regional store.

Asos has millions of SKUs and it’s why the Brits love the brand – they can shop daily, get same-day on-the-hour delivery, and newness is never a challenge.

Topshop used to be a fashionista’s heaven but failed to keep up with their customer’s changing shopping behaviors.

Nordstrom is an upscale department store that continues to innovate and has stayed relevant through the years.

This could be a great partnership or it could end up in shambles if the trio does not get the assortment right and localize the product mix for each region in the U.S. market. There is a reason that Topshop didn’t do well in the U.S. and why Asos hasn’t made a dent yet.

The product mix is everything.

This deal has pros and cons. It does give Nordstrom a stronger appeal to Gen Z shoppers, although these tend not to be shoppers with a lot of disposable cash to spend. And it does give Nordstrom exclusive rights to brands unique to the U.S., however Topshop filed for bankruptcy in the U.S in 2019 and closed all of their U.S. stores because they counted too heavily the product selling itself (which it didn’t), rather than building a brand persona and a community of engaged customers. I like that Asos will retain control of their marketing and brand messaging as it may help avoid the issues Topshop had in the past. U.S. and UK shoppers are not the same, so while these partnerships generate a lot of excitement and press initially, long term profit is much harder to achieve, with few examples of past success.

This all sounds like textbook evolution to me. As the evolutionary grind of retail pounds the weaker players, the stronger players partner up and get even stronger. The old retail/wholesale model is truly a dinosaur, and while the meteor hasn’t totally wiped out the dinosaur, the efficiency of that model in today’s market just doesn’t make sense any more. Bravo to Nordstrom and Asos for making world class lemonade out of a bushel of lemons.

This is a seamless partnership, as Asos and Nordstrom already have overlapping demographics but can also supply each other with new shopper markets. Nordstrom has been able to not only survive, but thrive in an era when department stores are becoming irrelevant, and it’s because of their strategic partnerships and omnichannel capabilities. Asos has been extremely successful thus far, maintaining speedy delivery deadlines despite industry-wide shipping delays and pricing strategically. Many retailers are attempting store-within-a-store models, but this marriage is certainly one of the most sensible. As an avid Asos shopper, I’m glad I’ll finally have a physical store I can pop into for their items.

This is the definition of a perfect deal and a win-win for both Nordstrom and Asos. Nordstrom’s digital-first and GenZ strategies have been quite effective. This collaboration with ASOS will help connect the GenZ consumer with the Topshop Topman, Miss Selfridge, and HIIT brands.

Nordstrom will effectively become the only brick-and-mortar presence for these brands worldwide. In addition, as part of the partnership, ASOS customers will be able to pick up Asos.com orders at Nordstrom and Nordstrom Rack stores starting this Fall.

This deal will also amplify Nordstrom’s power and authority with its 350 physical stores and sites that attract almost 2 billion annual visits. Nordstrom will now have the exclusive multi-channel retail rights for Topshop and Topman in all of North America, including Canada, and own a minority stake globally.

Braintrust
"This is a great move for Nordstrom and exactly why Asos acquired Topshop/Topman — to enter the U.S. market."

"As an avid Asos shopper, I’m glad I’ll finally have a physical store I can pop into for their items."

"This deal not only makes Nordstrom more relevant to a younger demographic, it also ups their digital game by the virtue of Asos being focused on digital."