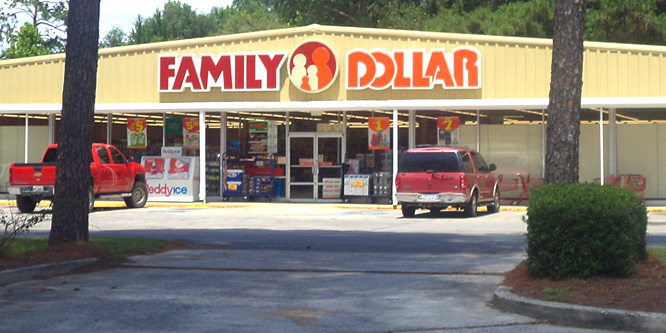 A New York hedge fund, which recently took a small stake in Dollar Tree, is pushing the company to sell its Family Dollar business and is seeking seats on the board to make sure the deal is done quickly.

The Wall Street Journal reported that Starboard Value LP, which has acquired a 1.7 percent stake in Dollar Tree, believes that Family Dollar has served as a drag on its parent company stock price. Shares of Dollar Tree have fallen 15 percent over the past year while rival Dollar General’s share price has risen by a similar percentage over the same period. What gives the Starboard Value assertion some credibility is that other investors have also “grown frustrated” with Dollar Tree’s stock performance.

The news that investors, activist or otherwise, are pushing Dollar Tree’s board to sell Family Dollar doesn’t come as a big surprise. The chain has been struggling, particularly in relation to rival Dollar General, for years.

Just months before the July 2014 announcement of a deal to be acquired by Dollar Tree following a bidding war with Dollar General, Family Dollar had come off a quarter in which it reported that same-store sales fell more than six percent and it had made the decision to close 370 stores to cut costs.

DISCUSSION QUESTIONS: Should Dollar Tree sell Family Dollar? What do you think is wrong with Family Dollar’s business, and how do you see the dollar store competitive landscape shaking out?

Please practice The RetailWire Golden Rule when submitting your comments.
Braintrust
"I suppose if Dollar Tree can get decent money for it, selling it is a good idea. It’s a different business than their core."

"They should absolutely sell it off. No question. They have a brand perception issue. "

"No matter which course it takes, it needs to ensure that its stockholders understand and believe in its decision."

Walmart’s small format stores + way too many Dollar Stores = an uphill battle that investors will most likely not have a stomach for.

While I agree that Dollar Tree has a lot of work to do in reviving Family Dollar, I do not see much merit in selling off the chain. This may raise some cash that could, presumably, be returned to investors, but this is a very short-term vision that would leave Dollar Tree in a weaker position over the longer term as it would erode economies of scale, diminish the potential for future growth, and put part of the business in the hands of a rival.

That said, I agree that a more aggressive transformation of the Family Dollar Chain is required. I am also sympathetic to the view that Dollar Tree should test a multi-price point model, similar to that used by Dollar General. If rolled out, this would facilitate the rebranding of Family Dollar to the Dollar Tree fascia, which may be more efficient.

They should absolutely sell it off. No question.

They have a brand perception issue. Because there is a perceived difference between “value” and “cheap.” Brand repair for Family Dollar will be expensive. It does not make sense in terms of ROI. It needs a new brand (permissions and position). Without those fundamental changes it will continue to rot from the inside.

Here is the rub — anyone who buys the failing chain is faced with the same problem. Good luck with that.

I am not sure why Dollar Tree bought Family Dollar in the first place, really, unless it was about getting better real estate deals (near where I live, the two of them basically “own” a strip center).

They have different value propositions, with Dollar Tree actually and really selling everything for $1, and Family Dollar and Dollar General not exactly dollar stores per se. This, by the way, is very confusing for Europeans.

In other words, even comparing the two chains is impossible.

Family Dollar strikes me as being in a constant identity crisis, and its focus on food is not serving it well, especially since Aldi and Lidl are coming to town.

I suppose if Dollar Tree can get decent money for it, selling it is a good idea. It’s a different business than their core, and there really are too many of these kinda-sorta dollar stores already.

“Acquired a 1.7 percent stake in Dollar Tree…” And they want a seat on the Board? I think Dollar Tree should hold on to Family Dollar just to spite this group.

No, seriously, or maybe “more seriously,” I think management should evaluate their business and run it as they feel best … independent of what a few malcontents think.

There are two questions Dollar General should answer. Can it fix the Family Dollar current state? The second is, does it make sense to convert the Family Dollar locations to its brand and make a return on its investment? With those answered, it then determine should it hold or fold. No matter which course it takes, it needs to ensure that its stockholders understand and believe in its decision.

This is a mess and I did not think the acquisition was a good one for Dollar Tree in 2014. Family Dollar has a big problem with its identity. People see Dollar General as far better if you ask random shoppers in front of either store.

The mention of a new brand is good. Cherry pick the best locations of Family Dollar and transform those to your new brand with a store renovation and re-merchandising. That is expensive, but will utilize good locations that Dollar Tree already has in its control.

As for the remaining Family Dollar stores, I would let them limp along as long as they pay their way and if there is a problem, close the location. Family Dollar does give Dollar Tree an entry into the more than one dollar price business, which may become very important into the future.

Braintrust
"I suppose if Dollar Tree can get decent money for it, selling it is a good idea. It’s a different business than their core."

"They should absolutely sell it off. No question. They have a brand perception issue. "

"No matter which course it takes, it needs to ensure that its stockholders understand and believe in its decision."