Should Yelp be calling out businesses accused of racist behavior? 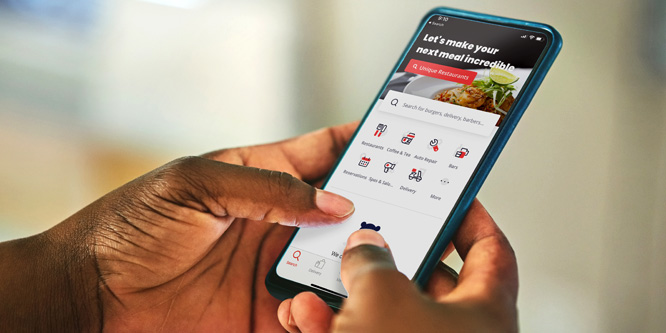 Yelp, the local search and review site, announced it will display warnings if restaurants, retailers and other businesses are accused of racist conduct.

The site will post a “Business Accused Of Racist Behavior” alert next to listings when there has been “resounding evidence” that a business owner or employee had taken egregious actions, such as using racist slurs or symbols. Yelp will link each alert to a news article from a “credible media outlet.”

Yelp will use a lower-level “Public Attention” alert to flag businesses whose staff members have been accused of racism toward customers or who have been the target of racism by managers.

The crowd-sourced review site has long faced challenges policing bogus reviews and it has been urged to moderate false and misleading online content similarly to Google, Facebook and Twitter. The issue has intensified in light of the national movement to recognize racial injustice that followed the police killing of George Floyd in May.

“As the nation reckons with issues of systemic racism, we’ve seen in the last few months that there is a clear need to warn consumers about businesses associated with egregious, racially-charged actions to help people make more informed spending decisions,” said Noorie Malik, vice president of user operations, in a blog post last Thursday.

Yelp reviews mentioning Black-owned businesses catapulted more than 617 percent this summer, but so did the volume of reviews warning of racist behavior. Yelp placed more than 450 alerts between May 26 and Sept. 30 on business pages that were either accused of, or the target of, racist behavior.

“Increasingly, consumers across the U.S. are voting with their dollars by supporting businesses that align with their values,” wrote Ms. Malik.

Concerns were expressed over whether such a system could be abused by users. Yelp also did not detail how it would determine which news organizations are credible or how it defined “resounding evidence.”

“I’m happy they’re trying to do something around issues of racism, particularly in business,” Anela Malik, founder of Feed the Malik, a website dedicated to highlighting Black-owned restaurants, told The Washington Post. “But I couldn’t even imagine how I could design a system that would be impartial and actually work.”

DISCUSSION QUESTIONS: Will Yelp’s alert system for racist behavior be a responsible way to hold businesses accountable and help consumers make value-based purchases or will such a system be ripe for abuse? Do you expect to see other review sites offering something similar?

Please practice The RetailWire Golden Rule when submitting your comments.
Braintrust
"I agree with the concept in principle, but I worry about Yelp’s ability to execute it."

"Of course it should. And it should honestly go beyond racist to any kind of discrimination. For whatever reason."

"Yelp already has a problem with businesses feeling they can be targeted by competitors and anyone with a grudge to kill their rating."

17 Comments on "Should Yelp be calling out businesses accused of racist behavior?"

Of course it should. And it should honestly go beyond racist to any kind of discrimination. For whatever reason.

A sensible addition. However, I hope that evidence will be scrutinized and objectively assessed. Any business found guilty of racism deserves to be called out. However, as we have seen with fake reviews, there are sadly a small number who act with malicious intent to ruin the reputations of rival firms.

I agree with the concept in principle, but I worry about Yelp’s ability to execute it. Yelp already has credibility problems because its crowdsourced reviews often have an agenda or an axe to grind. I can foresee a disgruntled ex-employee at a restaurant setting an anti-racist narrative in motion — whether it’s true or not — without enough safeguards in place to prevent real damage being done to the business.

It is going to take quite a while for consumers to understand that social media is roughly equivalent to the unregulated open range of the old West — anyone can use it any way they want, and the greediest will use it most. It is impossible to eliminate bias in any of these sites, just as it is impossible to eliminate greed. The most powerful algorithms are still written by humans with innate biases. The most stringent policing policies and review boards are still human. Other sites will follow Yelp’s behavior in some manner because such critiques draw eyeballs. And eyeballs draw advertising dollars.

I get the idea – I’m concerned about abuse. Someone doesn’t like a business, makes accusations, that becomes a viral thing, and there you go — often with no truth to the accusation.

It is not enough to simply not engage in racist behavior. As Ibram X. Kendi implores us, we must be anti-racist. This can be part of that equation, though certainly Yelp must be sure to take steps to prevent false accusations.

I agree with the addition but I hope there will be checks and balances to validate the truthfulness of what is posted. Without this, I see rampant abuse of what could be a useful tool.

I absolutely agree that there should be way to call out business exhibiting racism. My hesitancy here is Yelp has to be 100 percent certain the source is accurate, and how does a business remove the designation? If a clerk in a far flung outlet makes a comment that is not in line with company values, and is disciplined appropriately, how does Yelp ensure the flag is removed? Will they wait for the media to report the outcome or update the story? I think there are noble intentions here, but the execution is going to be difficult.

Yes but the devil is in the details. I think it is not just racist behavior but sexual orientation as well. That said Yelp already has a problem with businesses feeling they can be targeted by competitors and anyone with a grudge to kill their rating.

So someone doesn’t like a business or the owner and says, “I know how to get them! I’ll accuse them of being racists!” How in the world will Yelp separate these types of claims from ones that have legitimacy? I say, let the reviews speak for themselves. Don’t we all dismiss some and pay more attention to others that seem more relevant or better thought through?

I certainly agree with the idea. I wish the entire social media ecosystem would use their tools to fight the disgusting, disagreeable posts and behavior.

But who is to be the judge?

It’s not perfect, but with the chaos we have in this country right now and the lack of federal leadership, racists and all sorts of other haters are out of the closet and feeling more empowered than ever. So, large businesses like Yelp, who have some capacity to help call out egregious behavior are taking matters into their own hands. It’s better than nothing so good for them.

Yelp’s intention is in the right place, but the execution is inherently flawed. Guilty before proven innocent will ultimately hurt more than help.

Even ignoring the (very real?) possibility of sabotage, the inability of people to comment intelligently — or even understand the concept of rating something (e.g. “I gave ‘House of Hunan’ zero stars because I wanted a burrito and they don’t serve those”) — leaves me with a lot of doubts. Yes there are real incidents of racism, and yes there are plenty of people capable of recognizing them, but how big a part they play in the “Yelp” universe, I don’t know. And of course there’s the other question: out of dozens of possible issues — health/safety, honesty and other business ethics — should this be singled out?

Consumers are being very mindful of where they spend their hard-earned cash, and paying more attention on selecting businesses that are in accordance with their principles and core values. Providing this type of information would be extremely useful, but challenging to ensure its accuracy.

Recently on Yelp, a single location independent restaurant in my area started getting a bunch of one star reviews from mostly out of town reviewers and folks with little to no review history claiming the owner was racist and made racist comments on Facebook. The owner of the restaurant in question made comments to the effect of “All Lives Matter” in response to some Black Lives Matter posting on Facebook. Is that racist? Yes or no? That is your opinion. Taking this a step further — would that behavior land the business on Yelp’s “Racist Business” sticker award? The business did not display racist behavior toward any customer who came into the business. The owner made comments (comments which it is your opinion whether or not the comments are racist) in a Facebook through her personal account (not the business account). I expect to see some lawsuits resulting from this for businesses that are either falsely accused of “being racist” or cases like the above where they are putting the racist label on a business… Read more »
0
|
0
-   Share

This is a horrible idea. It’s terrible because it will be abused — Yelp’s current system is already abused even without adding the awful racist label to a business. This will simply be a modern day Salem Witch Trial where the mere accusation is enough to be proof of guilt.

Yelp has failed to outline even the rudimentary guide as what is considered “racist” behavior. Instead it says it will rely upon each individual’s own truths. The company has likely opened itself up to potentially ruinous lawsuits after some business is falsely accused and subsequently destroyed.

As has been said, Orwell’s “1984” was supposed to be a cautionary tale, not an instruction manual. This is an insanely stupid idea.

Braintrust
"I agree with the concept in principle, but I worry about Yelp’s ability to execute it."

"Of course it should. And it should honestly go beyond racist to any kind of discrimination. For whatever reason."

"Yelp already has a problem with businesses feeling they can be targeted by competitors and anyone with a grudge to kill their rating."