What motivates workers in the gig economy? 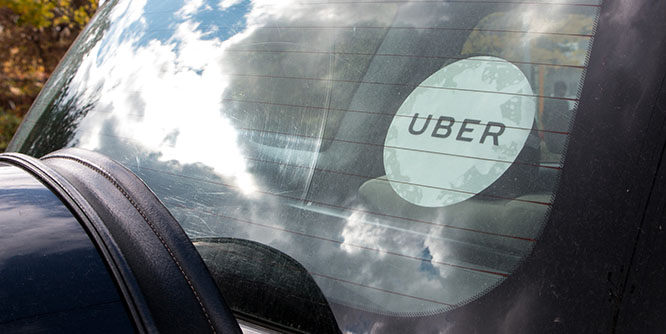 A new study from professors at Wharton and New York University finds that although the flexibility of working multiple jobs fuels their entrepreneurial drive, gig workers are looking for some consistency in their work life and that financial incentives face limits.

The study, titled “The Impact of Behavioral and Economic Drivers on Gig Economy Workers,” followed some 8,000 drivers riding for Uber, Lyft and other ride-sharing firms with some also on call for TaskRabbit, GrubHub and other on-demand services.

The study arrives as numerous reports predict that most of the workforce will be in the gig economy by 2025 due largely to automation.

One behavior, according to an interview on the Knowledge@Wharton radio show on SiriusXM with Gad Allon, a Wharton professor of operations, information and decisions and co-author of the study, is described as an “income-targeting effect” being shown by drivers.

“The reality is that many of these drivers are trying to balance leisure, they are trying to balance family life,” said Prof. Allon. “It is true that in the past you paid them a lump sum and they worked and gave their best effort. We know already that there is quite a bit of research showing that for gig economy workers, their family lives deteriorate very quickly.”

A second finding was the “inertia” effect. The longer employees worked with one company, the more likely they’ll continue to work with them. “The way I explain that, at least for now, is [that they are] trying to find more consistent revenue streams,” said Prof. Allon.

For on-demand firms, the quest is balancing labor supply with customer demand. If there’s not enough drivers, customers have to wait for service. With too many, drivers have to wait for assignments and may switch to work for a competing firm. In some cases, subsidies are paid to drivers to maintain attractive wages.

“It is a chicken-and-egg kind of problem, but we know that the main challenge is bringing more drivers or more employees,” said Prof. Allon.

DISCUSSION QUESTIONS: How do you see the gig economy affecting retail operations in the near and long term? Do you see gig arrangements with workers moving to the sales floor in stores and other areas of the retail business at some point?

Please practice The RetailWire Golden Rule when submitting your comments.
Braintrust
"Do I think the retail floor will become the next Uber? Not a chance. But do I believe that there are interesting possibilities? Absolutely, yes."

"My guess is that retailers will implement more online and at-home training apps with VR imagery of the sales floor to train associates who are on the move."

"I expect gig workers to become more commonplace for certain functions, i.e. fulfillment and maintenance, sooner rather than later."

9 Comments on "What motivates workers in the gig economy?"

I think the gig economy offers some interesting possibilities for retail in the long-term. One of the great challenges retailers have is aligning labor to shopper traffic in their stores. Retailers are often in a state of over-under staffing. The mismatch in labor to traffic often leads to conversion rate sags, poor customer experiences and general shopper dissatisfaction. The most powerful attribute of the gig economy is the ability to deliver “on demand.” There’s no doubt that having knowledgeable, dedicated employees who have been trained on internal systems and are immersed in the company culture should deliver a superior experience. However, lots of retailers struggle with executing this consistently. Clearly, a gig worker would not have the same skills or expertise of a dedicated employee, nor perhaps the same level of dedication, but there are functions that gig workers could potentially do, like processing BOPIS orders. I know that the idea of deploying gig workers in a retail may seem an anathema to the traditional retail model, but I wonder which would produce a better… Read more »
2
|
0
-   Share

I expect gig workers to become more commonplace for certain functions, i.e. fulfillment and maintenance, sooner rather than later. Sounds like an interesting business opportunity for someone to train and organize gig workers for more specialized retail roles.

Everyone wants autonomy over their own lives and, as more workers come to value their freedom over a steady paycheck, the gig economy will only continue to grow.

As far as how this trend impacts the retail sales floor, look for more “flex” employees that can work in any area of a set store, or at any store owned by a specific retailer. The challenge, then, is keeping these associates trained.

My guess is that retailers will implement more online and at-home training apps with VR imagery of the sales floor to train associates who are on the move.

The gig economy is already here in a modified way, in many roles and similar organizations. If you look at programs like Hot Schedule, which helps both companies and employees manage their shift and trade them with other workers, you have the start of a gig economy. Add surge pricing to the formula and all of a sudden you have the employees you need when and where you need them.

I think Jasmine hit it spot on. In listening to “gig” workers, I hear a resounding message: “control of one’s time.” I don’t think this will ever leave, therefore demanding businesses adapt to this movement. When they do, they perhaps will find they have some of the best and happiest employees working for/with them.

I can see gig work in retail stores for makeup artists, craft demonstrators and the like, but every day staffing? Not so much. Store associates need to know the store and what it sells to be effective. But the VR training that Jasmine mentioned? That could be the game changer that makes it work.

I think we need to stop and define our terms here. If by “gig economy” we simply mean the use of part-time workers, then — as many people voted — this is already occurring (and really always has). But to me at least, the term really means the legal classification of workers as independent contractors. This too has long occurred in retail — witness direct sellers like Avon. But for the typical store (or even internet) based retailer, it’s simply impossible, both logistically and legally, since the requirement is that the worker provides his/her own equipment and determines conditions of work. So in that sense, the answer is simple: “never.”

One of the key aspects of this part of the economy is for the retailer to be where the customer is. Entering into physical stores to promote these categories only makes sense.

1) Hasn’t this already halfway happened? Most sales floor associates are part-time. Their schedules typically change every day and every week. We’ve all read stories about workers being given only three days’ notice of the next week’s schedule featuring “on call” shifts that can be canceled the day of!

2) For these workers, wouldn’t the ability to flip the script and tell a pool of retailers when THEY’RE available be an improvement?

3) Retailers would be more profitable long term if they did the human thing and offered stable schedules and advanced notice. A Harvard Business Review study on the Gap revealed that happy employees are more productive and profitable.

Braintrust
"Do I think the retail floor will become the next Uber? Not a chance. But do I believe that there are interesting possibilities? Absolutely, yes."

"My guess is that retailers will implement more online and at-home training apps with VR imagery of the sales floor to train associates who are on the move."

"I expect gig workers to become more commonplace for certain functions, i.e. fulfillment and maintenance, sooner rather than later."