Why is the turnover rate so high for technology leaders? 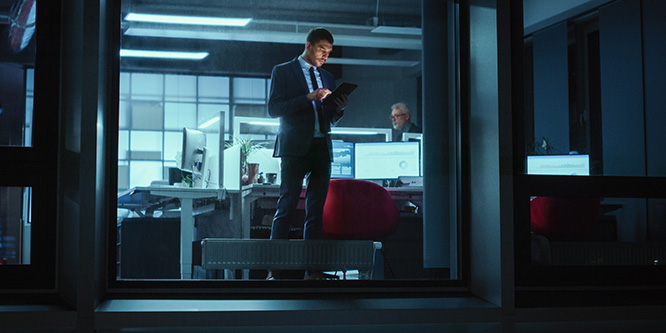 Nordstrom last week announced that Edmond Mesrobian, its chief technology and information officer since 2018, is stepping down, adding credence to the perception that turnover remains high for information technology executives.

A Korn Ferry survey of the top 1,000 U.S. companies by revenue conducted in late 2016 found that among five c-suite titles (CEO, CFO, CHRO, CMO CIO), the tenure of CIOs average 4.3 years, second lowest only to the CMO, 4.1 years.

“The pace of change is rapid and the breadth of increasing responsibilities continues to reconfirm the importance of the CIO role,” said Craig Stephenson, senior client partner, managing director, North America CIO/CTO Practice, at Korn Ferry, at the time. “CIOs continuously rise to the challenge and it’s common for this executive profile to leave after a few years, not because of dissatisfaction, but because the challenge they set out to accomplish is achieved and other, perhaps larger, opportunities await.”

According to a PWC survey, the failure of a major IT project is one of the primary reasons for a CIO dismissal. Also cited as causes were clunky inherited systems and lack of buy-in from key stakeholders.

According to articles on CIO.com, Forbes and elsewhere, strategic shifts and ever-expanding responsibilities due to rapid changes in technology, skills shortages, lack of advancement and burnout are other contributors to tech-exec turnover.

A Harvard Business Review article from last year concluded that the particularly-high turnover rate for chief data officers is due to “poorly defined” roles and “high expectations and low ability” to rapidly deliver data transformation that can take years.

Among other retailers, Starbucks, Walgreens, Kohl’s, CVS and Target are among those seeing changes in their tech c-suite this year. Nordstrom is seeking a replacement.

“We’re grateful to Edmond for his leadership and many contributions to our business, employees and customers,” Erik Nordstrom, CEO, said in a letter to employees attained by Women’s Wear Daily. “It’s clear that we’re in a much better place today than we were before he arrived. He has been a key contributor in building the architecture, infrastructure and resiliency needed for us to be a digital-first company.”

DISCUSSION QUESTIONS: What’s the reason for the apparent high turnover rates for CTOs, CIOs and other IT executives? What solutions do you see for supporting longer tenures, or are short stays inevitable?

Please practice The RetailWire Golden Rule when submitting your comments.
Braintrust
"Longer tenures are possible with financial rewards that offer major bonuses or rewards when the technology proves its value upon use by the company."

"While U.S companies find this a challenge, Asian countries are filling these jobs with a surplus. More tech graduates are available than jobs."

13 Comments on "Why is the turnover rate so high for technology leaders?"

The magnitude and complexity of transforming legacy systems is utterly daunting. Unrealistic expectations by executives make matters worse. And if these challenges weren’t enough, add the constant threat of cyber attacks that can shed billions off market value in one fell swoop. These roles are not for the faint of heart. I admire the leaders who take on these roles, and we can’t be surprised that if they don’t get true executive support/commitment, they can and do move on to other pastures.

Precisely. “We can’t be surprised that if they don’t get true executive support/commitment, they can and do move on to other pastures.”

The role of the CIO has changed over the last few years with less emphasis on deep technology understanding and more on how technology can be implemented and productive within the retailer. There is a huge amount of change in technology and the old school “build everything in-house” mentality which required a pure technology leader has largely ended. The new breed need to be more business savvy and understand the business they are serving. Those people are much more transitory than the old school CTO because they are more marketable.

All of the reasons mentioned in the article are valid. Coincidentally, I believe that CIOs, CTOs, or plain VPs of IT in private and family-run companies stay in their jobs much longer. There are many more forces pulling these executives in many different direction today than 20 years ago. It is a more difficult job in which instead of dictating (like a CEO, or President, or even a CFO) the chief IT exec must work to gain the trust and respect of the other C-level executives in an organization. It is no longer like it was, when the CIO was the technician who was the only one in the company who could make things work and would be left alone because no one else understood the VP of MIS’s job (and the person was not a C-level exec).

I’ve worked with CIOs for many years. I’ve seen many instances where CIOs would ask for funding for a necessary project, not get it, then lose their job because the company doesn’t have the capacity the project would have provided. Retail companies should always have a road map for the near future and fund priority projects.

True digital transformation executed the right way takes years to accomplish. It’s not uncommon for these transformations to take five to eight years, which is well past the average tenure of a CTO/CIO role. There are many reasons: tech debt largesse, high friction relationships between business and IT, unreasonable expectations, and lack of appropriate technical skill sets. But few talk about the cost vs. profit center philosophy. I know some CEOs who look at IT and their CIOs as cost centers rather than a strategic transformation center of excellence that can power new innovations and incite revolution. CEOs are looking for that 10 percent reduction in IT every year. For the average CIO tenure, that would mean his/her budget would be cut nearly in half! How does a CEO/board expect any outstanding CIO to stick around when s/he has to cut every year?

There are many challenges for CIOs. More companies are discovering value from technology, but that typically entails new technology with challenges to the developers not previously faced. Finding technology people is getting harder due to the increasing demands in the job market and the limited supply of qualified people. Company expectations of results from the technology are increasing at a faster rate than the technology can deliver accurately. Finally the integration of technical data which is typically where the value is found is getting more complex and difficult to develop.

Longer tenures are possible with financial rewards that offer major bonuses or rewards when the technology proves its value upon use by the company.

The quotes from the discussion outline several additional and real issues. As we have supposed before, the river to understanding between technology and what it can or should do for a company is vast. It seems technology is an appendage rather than part of an operation.

Whoever holds the talent holds the future. These are the most sought-after professions by employers globally. It is forecast that by 2030 the shortage will be 85 million workers. While U.S companies find this a challenge, Asian countries are filling these jobs with a surplus. More tech graduates are available than jobs.

I think IT C-suite executives are caught in a Catch-22 situation where they rarely get the top job of CEO or President and they never get the funding necessary to turn the ship. They are hobbled by legacy applications that aren’t real-time in a real-time world. Until we get more top-level IT people running the organizations, this trend will continue. Tech leadership requires an almost magic mix of tech savvy, political wisdom, and leadership skills — along with lots of patience when others in the organization don’t buy into reason-based initiatives.

When I went to graduate school for my MBA (management of high tech firms), we were taught that people in the technical arena do their best work in the first three years. I can see why. You come in, clean up a mess and everyone is grateful. After a few years, they forget that they had a pile of ca-ca to start with and it becomes “yours.”

I’m not sure there’s anything to do to support longer tenures, nor am I even sure they’re desirable. There’s a thirst that just drains when it starts to feel like (forgive the quote from the I Ching) you’re gnawing on dried meat just to get something done.

There are companies that have relied on their legacy systems for a very long time and kept systems working with masking tape and chicken wire. Unfortunately there comes a point where those systems can no longer be modified and a huge investment must be made in hardware and software to give leadership and operations the tech they need to keep growing. I believe this can be very daunting if the people and investment needed are not there. It’s a very difficult job to break these apart since one is needed to be successful with the other.

The pressures and challenges are at an all-time high for CTOs, CIOs, and technology leadership teams. With the rapid acceleration of change, digital capabilities, marketplace, and consumer disruptions, companies are challenged to keep up with the changing forces while keeping the legacy systems afloat to run the day-to-day operations.

Transformations are extremely challenging for organizations to take on, especially the people and cultural dynamics. There is only a small window of opportunity for technology leaders to have a meaningful impact. However as organizations take on a more agile and product-focused way of working, perhaps we will see a paradigm shift where incremental commercial value, revenue growth opportunities, and enhanced customer experiences will take the place of the big bang waterfall implementations.

We have seen greater collaboration between the technology and business leadership teams out of necessity. Collaboration and a close partnership between the two groups are crucial to driving value and supporting transformations. Technology leaders now have to play the vital role of not only an executive sponsor but also a change agent.

CIO/IT/Tech C-Suite leaders are often asked, tasked with efforts beyond their scope and where it’s difficult without full support at top levels and the collaboration of surrounding key leaders. Upgrading the utilities of a business and operational improvements can achievable by mostly IT/Tech leadership alone. But bigger and more impactful change for a company comes when marketing, merchandising and sales are collaborating with IT/Tech — because they are facing the customer, and know the customer.

Braintrust
"Longer tenures are possible with financial rewards that offer major bonuses or rewards when the technology proves its value upon use by the company."

"While U.S companies find this a challenge, Asian countries are filling these jobs with a surplus. More tech graduates are available than jobs."