Will a city’s ban on tobacco sales catch on across the nation? 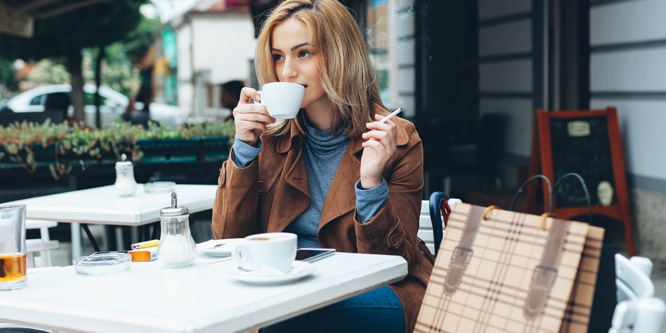 The measure, which passed unanimously, will make it illegal for convenience stores, drugstores, gas stations and grocery stores to sell the prohibited products to consumers.

The ordinance will exempt three currently operating upscale cigar lounges and hotels in Beverly Hills, according to an Associated Press report. The exemption was made as an accommodation to tourists visiting the city. Smoking will continue to be prohibited inside hotels. Smokers must go outside to light up.

Opponents of the measure have argued that retailers prohibited from selling tobacco products could see monthly income fall up to 45 percent when it goes into effect. They also contend that consumers of tobacco products will simply drive to other nearby towns to purchase the banned items.

CNBC reports that Manhattan Beach and other nearby communities may also be planning to vote on similar bans to the one passed in Beverly Hills. Some beachside communities already prohibit smoking in public areas.

According to the Centers for Disease Control and Prevention, smoking-related illnesses and productivity losses cost the U.S. economy around $330 billion a year. Of the total, $5.6 billion are costs related to second-hand smoke.

DISCUSSION QUESTIONS: Do you think cities and towns outside of California are likely to pass tobacco ban ordinances similar Beverly Hills? How do you think retailers should respond to the public health concerns around tobacco products and e-cigarettes?

Please practice The RetailWire Golden Rule when submitting your comments.
Braintrust
"I find it hard to argue with the ban and see many towns following the trend."

"We know from alcohol and cannabis that prohibition just creates black markets and makes certain products more attractive to people who otherwise might not try them."

13 Comments on "Will a city’s ban on tobacco sales catch on across the nation?"

As a personal matter, and as a reformed smoker, I love it. But there are issues. Smokers will indeed go to wherever they have to to get their smokes, so this won’t stop anyone from smoking, just make it a tiny bit harder. Smoking is highly addictive and those still smoking are simply unable to stop, regardless of health concerns. The idea of exempting upscale cigar bars and hotels is laughable.

Bottom line: we can’t outlaw cigarettes and/or tobacco until and unless we come up with a treatment plan to help seriously addicted smokers get off tobacco. It would be nice if we could just wish away things we don’t like, but it isn’t that simple. If Beverly Hills truly wants to ban the sale of cigarettes, they need to come up with a plan to help retailers and smokers who will be affected. But they won’t.

The progressive banning of tobacco-related activities (buying and smoking) is not a new trend. I would anticipate more cities, especially on the West Coast, to follow Beverly Hills’ lead. Retailers should have been preparing for this eventuality long before now.

I guarantee that a year from now, this type of ban will find its way beyond California. What doesn’t get much discussion is how access for the well-heeled is less impacted as seen in the Beverly Hills exemptions. If you’re going to have a ban, then get serious and plug those built-in loop holes.

Look, I dislike smoking for what it can do to the smoker. I wish everyone would/could quit. I don’t like breathing someone’s smoky exhales. And I don’t like hotel rooms that smell like ashtrays. All that said, there is something that really bothers me is the the term – “prohibited products.” Prohibited products can become a slippery slope for us all. Just sayin’.

While the Beverly Hills city council’s stance is impressive, and certainly inline with the social consciousness that resonates with today’s consumer, tobacco remains a very lucrative product category. Consumers will absolutely go to other local communities to find tobacco products. NYC has historically raised the price of cigarettes to help deter smoking, yet people continue to buy these products at a premium.

Yes the astronomical costs of lost productivity due to smoking illnesses are concerning, but the consumer demand for tobacco remains quite high. It’s certainly very progressive for the Beverly Hills community to take this stance. However it’s unlikely we will see other towns and cities taking this bold step.

The more hurdles you put in the way of smokers, the less smokers there will be. This is a small hurdle, until the surrounding towns also adopt such a ban. How far will a smoker go to buy their cigarettes?

Does one think the FDA, knowing what we know about cigarettes today, would even allow them to be approved as a new product? I find it hard to argue with the ban and see many towns following the trend.

This could expand easily to other, but not all, states. It depends on whether or not tobacco gets reclassified as a killer drug (as opposed to a killer app), like cocaine, heroin, and opium.

The way smoking is looked at as a health hazard makes a ban something the public would prefer. Prefer yes. But being able to stop people from smoking is an entirely different subject. It is not going to happen. So maybe the best thing is for cities to do something more realistic to get people to stop smoking. I have made the suggestion; but I do not have the answer. Yes, I am a former smoker and the smell still bothers me after many years.

I think it’s likely on a city by city basis, but we are decades away from anything approaching a national ban. For one thing, tobacco products are a still a solid source of tax revenue. And for another, we know from alcohol and cannabis that prohibition just creates black markets and makes certain products more attractive to people who otherwise might not try them. I think the decision to sell or not sell tobacco should belong to the retailer. I salute CVS for stopping the sale of cigarettes, but there is no question that it was — at least in the short run — an expensive decision. But CVS and others have chosen to say that they are in the health and wellness business and that tobacco products are antithetical to their brand promise. When it comes to tobacco the old saying needs to be changed from, “Buyer beware,” to “Seller beware.”

Beverly Hills (as do other legislative bodies) has the right to propose and pass legislation such as the tobacco ban. While nothing in the article mentions it, I assume the ban also includes other nicotine delivery systems such a vaping or as some refer to it today JUUling.

I do expect that this type of legislation will pass in several communities but doubt it will become mainstream. Cities and state continue to rely on tobacco-based taxes as a source of their income. For example, Illinois’s per-pack tax on cigarettes is $2.98 including a just passed a $1 per-pack increase.

We have not, apparently, learned from prohibition or from the current rush to legalize marijuana that prohibitions on items seen as “vices” generally backfire. But it’s not really a surprise that Beverly Hills is taking this step.

From what I read, we have reached a point where tobacco products are already hard enough to obtain so that it discourages those who are able to be discouraged. Going further, often just because it’s an easy win for some politician, won’t help and will likely hurt.

Hollyweird strikes again with this stupid mandate. Next thing they will ban all but the electric cars that drive their super clean city streets. This will never end, and I’m so glad I don’t live in California, as it no longer is a viable place to live economically, politically, and regulatorily.

Yes, ban all the things! It’s a simple matter: if you don’t like something, just garner enough political clout to make it illegal. That’s the obvious solution to today’s problems. However, the slope becomes quite slippery when you try to draw the line on where to stop, and suddenly it’s not such a great idea when it’s your ox being gored.

It’s not surprising this started in California, and it will definitely spread to more cities there and beyond as plenty of cities exist with similarly narrow-minded views.

Braintrust
"I find it hard to argue with the ban and see many towns following the trend."

"We know from alcohol and cannabis that prohibition just creates black markets and makes certain products more attractive to people who otherwise might not try them."