Will growing competition in Florida slow Publix as it heads north? 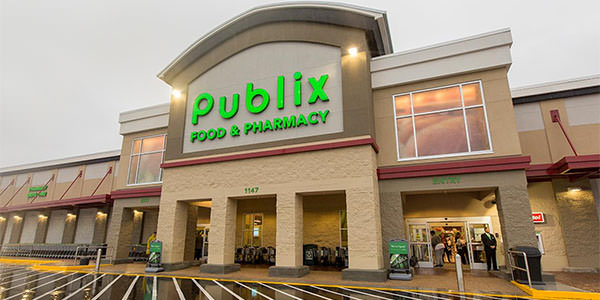 Publix is one of the most successful grocery chains in the U.S. In recent years, it has used the solid foundation (781 stores) in its home market of Florida to expand up the East Coast. While some articles have questioned whether strong competitors such as Wegmans will slow the Publix advance northward, it has been widely assumed that the chain had little to worry about back home, but perhaps that isn’t the case.

Based on a Tampa Bay Times report, Publix is being forced by a diverse group of new and old competitors including Aldi, Earth Fare, Lucky’s Market, Sprouts Farmers Market, The Fresh Market, Trader Joe’s, Walmart, Whole Foods and others to up its game as great service, delicious sub sandwiches and BOGO deals are no longer enough to keep customers loyal.

Publix has responded by becoming more active on social media. Last summer, RetailWire reported on The Publix Checkout, a company blog written by employees across the grocer’s organization on topics including community initiatives, holiday entertaining, health and wellness, recipes, sustainability and more. Publix is also active on Facebook, Instagram, Pinterest and Twitter.

It has also partnered with Instacart, a third-party app-based grocery delivery service, to offer online shopping to its customers in Miami and Tampa Bay.

The chain is also engaged in a pilot program opening Starbucks shops inside its stores. Last week, Publix opened a Starbucks inside a store in South Tampa. It is the second Publix to house a Starbucks café and a company spokesperson told the Tampa Bay Business Journal that there could potentially be dozens of others that open.

DISCUSSION QUESTIONS: Is there a potential for Publix to have its expansion sidetracked by increasing competition in Florida? What do you see as the biggest challenges and opportunities for Publix going forward?

Please practice The RetailWire Golden Rule when submitting your comments.
Braintrust
"Publix is really the only conventional supermarket option in Florida and shoppers are loyal to its fresh assortment and great service. "

"Any reasonable new competitor is going to have an impact on Publix, but they shouldn’t overreact — they are most Floridians’ preferred store..."

"Publix has proven to be a stalwart grocery retailer for decades, and for good measure, given it being employee-owned and laser-like focused..."

14 Comments on "Will growing competition in Florida slow Publix as it heads north?"

Publix has a winning formula that makes shopping fun while instilling shopper confidence, so the bar is set high for competitors that will want to contain Publix’s success. The prepared food area of the deli competes well against QSR while the range and quality of produce, bakery, meats and seafood make shopping the perimeter worthy of frequent visits. One of its strengths is in its staffing where check-out associates put the final touch on the picture of Publix as a community grocery. Other retailers should take a page from the Publix playbook. Treat yourself to a visit to the A1A store in Cocoa Beach next time you visit the Space Coast in Florida. Shopping and spending there is a joy.

I see no sidetracking at all. Many of the competitors mentioned such as Earth Fare, Sprouts, Lucky’s and the The Fresh Market are either ineffectual or insignificant. Walmart is getting worse by the day. As Publix moves north they face more ineffectual competitors such as Food Lion, Lowes, Bi-Lo and Piggly Wiggly. In Florida Publix forced Winn-Dixie into bankruptcy and forced Delhaize and Albertsons to leave the state. Publix grew larger and faster than ever using Walmart as muscle to accomplish their goals.

As someone who has three Publix supermarkets within three miles of me, what I notice most about Publix is consistently good service and quality. But, I wonder if consistency is good enough for younger generations, who seem to demand change on a weekly basis? Seems to me that perhaps the element of “surprise and delight” may be missing a bit from Publix so I’d think in the direction of more sampling, new/better prepared food items (fried chicken and meatloaf only go so far), rotating specialty items, more exotic produce, and more special events, if I were them.

Any reasonable new competitor is going to have an impact on Publix, but they shouldn’t overreact — they are most Floridians’ preferred store, they need to cement that position with innovative NEW programs. What’s the next innovation after BOGO? They must lead.

Not much of a chance Publix has such strong roots in Florida that even with most of the competition it still does very well. Their biggest challenge would be Walmart since so many retirees in Florida have limited spending ability. However, the lack of friendly workers at a Walmart gives Publix the edge in service. I do think a Wegmans far exceeds a Publix and they will begin to border on each other somewhere in the Carolinas and that will be an interesting and competitive story someday soon.

Everyone said Publix was crazy to come into Atlanta, given the strength of Kroger and Winn-Dixie and an emerging Walmart Supercenter culture. They’ve done great here. I don’t think they should be worried about anyone on the way up. In Florida, keep doing what makes Publix really good. In the younger demographic areas (not where Al lives, we should note), do more Publix Aprons, demos/samples, etc.

Publix continues to be hugely popular in the Florida market. While some specialty retailers might chip away at the edges, there does not appear to be significant material risk in Publix’ home state. Publix is really the only conventional supermarket option in Florida and shoppers are loyal to its fresh assortment and great service.

Publix has a great opportunity for expansion in markets up the Atlantic seaboard. As long as it maintains its service and quality, it should be able to maintain its dominance in Florida as well.

It’s tough to imagine what a new player would have to do to compete with the downright joyful attitude of Publix associates. I’ll shop at Aldi occasionally for the prices, but I’ll rely on Publlix for weekly shopping, and a lot of other people will, too.

No, I don’t see any challenges.

I love Publix! I go to the one in Tampa all the time. I only wish they had them in Philadelphia/New Jersey and so does my mom. They sell a huge selection of different but not weird items. They have the wine tastings with the matching cheese. I only eat the cheese. Don’t worry, Mr. McClain. They are now putting Starbucks in them so they are constantly showing us that they want to keep up with change. When I go there it’s like a party because they are always so happy to see you and are always serving you their different samples of food to try. We love having experiences today and when my mom takes me to this market I always want to go in
instead of waiting in the car and watching YouTube. That’s huge!

They even have these tiny kids shopping carts which is nice to teach the little kids to shop at an early age. Great experience for everybody. 🙂

Publix rocks throughout their home state of Florida in the minds of their customer base. And that reception is carried over as the ESOP establishes beachheads shifting North. In comparing Publix shoppers to all other grocers’ shoppers for reasons to shop MOST often at their choice for groceries, Publix shoppers list their reasons for shopping at the green & white dynamo very highly for location, quality (74.3% for Publix and 49.4% for ALL other grocers), selection, service (55.3% Publix, 25.7% ALL other), In-store experience (36.6% Publix, 19.0%). Publix shoppers also rate their favorite grocer highly for meat, produce, and other leading reasons. Net Promoter Scores are at the top of the chart — +62.72% among their adult shoppers and +67.40% among their Boomer shoppers. Add in the fact that the Publix shopper base has an average household income that is +8.0% higher ($71,900) than average HH Income of adults, 18+, they are better educated (15.0 Years vs. 14.7 Years), they effectively reach Hispanics, Publix shoppers are more likely to come from a married/living with an… Read more »
3
|
-3
-   Share

Publix is king. Yes, there is competition in Florida. Yes, they are far from the cheapest place to shop. But they are still the one place customers go when they want to enjoy a clean, fresh environment while they shop. Publix is the “Cheers” of grocery chains. It’s the “place where everyone knows your name” and you know their names. I used to say that if my wife missed going to Publix for more than three days the manager would call to see if she was okay. I think other chains come in to the Florida market thinking they can take a small piece of Publix business. Many have tried. Few are successful. Is there any other grocery chain that has such a loyal following?

I see no evidence provided — even anecdotal — of “increasing competition.” Competitors come and go (the fact that perpetual also-ran Winn-Dixie is one of them tells me there’s plenty of market share left.)

And regardless, increased competition (in Florida) is all the more reason for a careful expansion into neighboring states, not less.

Publix has proven to be a stalwart grocery retailer for decades, and for good measure, given it being employee-owned and laser-like focused on offering an exceptional customer experience within attractive store environments. The rise of additional competitors in its core markets will be seen as more of a peripheral marketplace factor for Publix to be highly aware of, though I doubt these newcomers have a material impact on slowing growth.

Publix knows who they are and who they want to be and they DO what they do expertly. They provide fantastic food, including private brands to their customers in a great and yes, fun way, and they are very good at being in tune with their shoppers. Florida is diverse so they succeed in many ways across the board. Truly it is the competitors who must measure up. If I moved back to Florida, Publix would again become my grocery choice. Indeed … I MISS them!

Braintrust
"Publix is really the only conventional supermarket option in Florida and shoppers are loyal to its fresh assortment and great service. "

"Any reasonable new competitor is going to have an impact on Publix, but they shouldn’t overreact — they are most Floridians’ preferred store..."

"Publix has proven to be a stalwart grocery retailer for decades, and for good measure, given it being employee-owned and laser-like focused..."