Will Yeezy find it easy to operate stores? 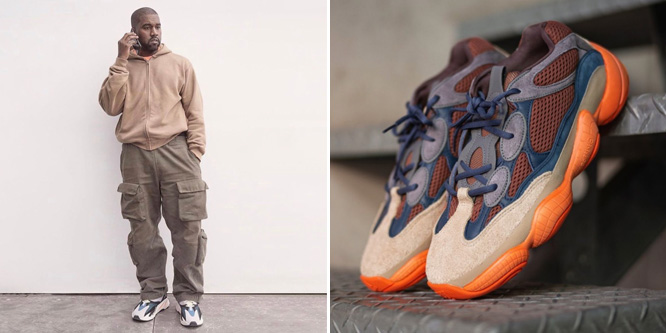 Sneakerheads and streetwear enthusiasts may soon have a new brick-and-mortar store to visit. YZYSPLY, the sneaker and apparel company of sometimes-controversial rapper, producer and fashion entrepreneur Kanye West, has filed a trademark hinting that a physical storefront for the brand could be on the way.

The trademark provides the foundation to let the brand expand from “online ordering services” and “online retail ordering services” to brick-and-mortar “retail stores” and “retail store services,” according to Hypebeast. In addition to sneakers, the filing mentions the availability of clothing and accessories, such as lingerie, t-shirts and hats.

Mr. West’s branded Yeezy shoes and clothing are produced via partnerships with Adidas AG and Gap Inc., and in 2021 the brand was worth between $3.2 billion and $4.7 billion, according to Bloomberg.

His exclusive, collector-oriented sneaker line is known in particular for its limited-release drops. The sneakers are so sought after that purchasing most releases requires winning a raffle, according to Sneaker News.

Physical sneaker retail has undergone a big shakeup over the past few years, as top brand Nike began withdrawing from some of its biggest wholesale relationships and significantly throttling back what is available through others.

Nike has stated that its move away from wholesale is intended to pare down its “undifferentiated” retail partners as it simultaneously focuses on selling via its direct-to-consumer channels. The brand has long had a footprint of standalone Nike stores through which it sells its products. It also orchestrates drops and other exclusive selling events through its popular Nike SNKRS app.

Nike’s change in plans earlier this year left Foot Locker, a major sneakerhead destination and Nike co-opetitor, looking for other partnerships to fill in the gap left as Nike reduced its allocation of many products, including “high heat” SKUs. Foot Locker launched an enhanced partnership with Adidas in May, which the brands hope will bring in triple the 2021 revenue by 2025.

Yeezys are available for purchase via Foot Locker, though the retailer’s website notes that they are generally out-of-stock and available only within a few hours of their release.

DISCUSSION QUESTIONS: How would a Kanye West entrance into physical retail affect the sneaker and apparel markets? How difficult would it be to operate a store for a brand (Yeezy) built around limited merchandise supplies?

Please practice The RetailWire Golden Rule when submitting your comments.
Braintrust
"With a fanatic cult-like following, Yeezy is well positioned to be extremely successful in physical retail."

"Stores are hard. I hope that Mr. West will partner with someone with execution chops who can grow the brand."

"Kanye West’s creativity is off the charts; I would love to see a store designed by him."

12 Comments on "Will Yeezy find it easy to operate stores?"

This is a great move for the Yeezy brand and will engage his followers/fans through another point of engagement. Kanye West meeting his customers where they want to shop will drive an increase in profitability for the brand as physical retail has a lower CAC. What will be interesting to see is how the brand will use customer insights to drive their merchandising and marketing strategy – connecting all the dots and closing the feedback loop.

YZYSPLY will be what Supreme was 20 years ago – HOT.

I am not a sneakerhead but I do love store design. Kanye West’s creativity is off the charts; I would love to see a store designed by him.

Kanye’s fashions tend to sell out in minutes. This makes me wonder how the in-stock situation would be on the sales floor.

In the old days (a few years ago), it was safe to assume that most physical retail launches were intended to scale. Yeezy’s brick-and-mortar foray may end up as a limited location flagship and/or a handful of dark store fulfillment depots. Either way, diversification is the growth engine for retail these days so staying put in the wholesale realm won’t grow the brands. Nike’s narrowing of its distribution definitely opens space for up-and-coming brands regardless.

Stores are hard. I hope that Mr. West will partner with someone with execution chops who can grow the brand.

Expanding to physical retail is a smart move for Yeezy as it will cultivate even more loyal fans for the brand. As we have seen with other online-only retailers that expand to brick and mortar, it can be more challenging than e-commerce. However with a fanatic cult-like following, Yeezy is well positioned to be extremely successful in physical retail.

Succeeding at running a profitable physical retail operation is far from easy. A variety of DTC brands have transitioned from a pure-play digital operation to having a mix of physical showrooms, which act as an extension of the brand experience and a significant marketing play. The long list includes Allbirds, Warby Parker, Knix, and others.

Kanye West’s Yeezy brand has a niche market, and its value proposition focuses on exclusivity, limited release drops, and availability. Entering the physical retail sector is a complex undertaking and, by all appearances, Yeezy will be extending beyond sneakers into the apparel, accessories, and services sectors. DTC has multiple options for experimenting with physical retail, including limited-time pop-ups, event-driven temporary store setups, and a single showcase store.

Nike remains the preeminent brand in limiting its wholesale distribution strategies, vertically integrating its operations, and taking control of the customer experience and marketing. Their brand equity will only grow as they have generations of fans. Comparing any DTC operation to what Nike has accomplished is a reach.

This could be the best or worst thing for Yeezy. There’s no doubt the demand is there for a physical retail space. And, Ye is known for sometimes having a genius team help pull off the most exclusive experiences. However that “sometimes” is a key word here. Ye has let down fans in the past in a few different ways, so this is a key opportunity to nail it. If Ye and team deliver to fans and go beyond, this will (as he is known to do) set a precedent for style and shopping. If something goes awry or disappoints (as he has also been known to occasionally do), it will advance that narrative instead. This is really most interesting to me from the perspective of his brand and the future of it.

The Yeezy footprint will continue to grow and will find success in the brick-and-mortar arena because of Kanye West’s ability to define what is relevant. His concept partnerships with Gap and Balenciaga earlier this year will certainly be transitioned into the space. This momentum, in addition to the holistic experience Kanye provides to his audience, will allow West to weather any storm that may arise from operating a store, regardless of its offerings.

I was deeply confused by YZY as a solution for Gap. I have the opposite reaction about Yeezy as a potential success for physical stores. Yeezy’s appeal has been clearly demonstrated. They are a perfect candidate for establishing a flow of tamer key items while they create and manage scarcity at the higher levels of novelty and fashion.

A store? Probably not too hard. (But) a whole chain of them? Not so easy.

It would seem self-evident that a concept built around scarcity has a limited market. Add in Mr. West’s “controversial” attributes — or really anyone who can be described as such — and one has even more challenges.

But whether this opens or not, the impact on the “sneaker and apparel” markets — which are, respectively, huge and huge-er, will be small.

Kanye West is a HUGE influencer. As long as he remains relevant to his community, he will have a following that drives retail sales. There will need to be a physical and online presence. If a customer can’t buy their shoes in a physical store due to supply, they will want a backup plan. The online store is an option. However, if every time they go to buy the merch is “out of stock,” that could eventually turn customers off and they will lose interest in the brand.

Customers buy luxury items not out of need but purely out of exclusivity. Kanye West is known for his artistry and intellect, “Yeezy” is a popular brand and its sneakers have an exceptional fan adoration. Launching a retail store for ‘limited merchandise’ will embrace a more luxury and personalized experience for the customers. Additionally, sneakers along with other fashion wearables will intensify the brand’s horizon. Another noteworthy factor to notice here is, that they have carefully partnered with other brands to ensure supremacy in the core engineering of their products. Adidas and Gap will have expertise in bringing-in comfort, quality, and utility. While, the creativity, styling, and detailing will be led by Kanye’s brand. It’s also a possibility that they will enter into more partnerships in the future to leverage the best course of action. I feel, that Yeezy’s retail store will augment its online stores and their success will become a good template for other similar brands.

Braintrust
"With a fanatic cult-like following, Yeezy is well positioned to be extremely successful in physical retail."

"Stores are hard. I hope that Mr. West will partner with someone with execution chops who can grow the brand."

"Kanye West’s creativity is off the charts; I would love to see a store designed by him."