Can (should) brands do without department stores? 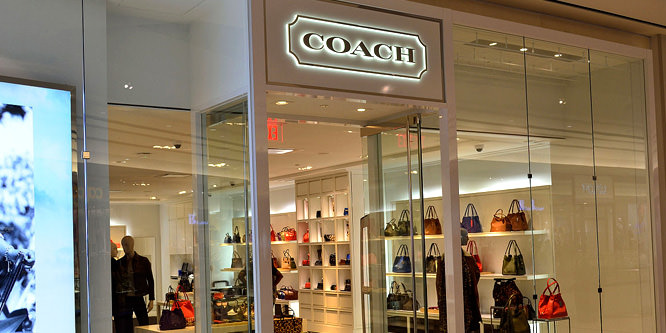 Is there more to the news that Coach is reducing the number of department stores where its luxury handbags are sold in an effort to restore the brand’s equity and increase full-retail sales of its products? According to a Christian Science Monitor article, the answer may be “yes” and the “more” is an acknowledgment that a fundamental shift has taken place in the consumer market where brands such as Coach are not nearly as dependent on department stores as in the past.

The struggles of department store chains have had a recurring storyline in the business press this year. Initially, slower sales during the winter were blamed on unusually warm weather, but it’s clear to all that the problem goes beyond Mother Nature’s influence on retailing.

Younger consumers, working in lower paying jobs and struggling with college debt, are not in a position to drop hundreds or thousands of dollars on luxury items. For those with the money, many are more inclined to invest in electronics than apparel and accessories. Finally, even when making purchases, a growing percentage are likely to go shopping on Amazon.com or elsewhere online rather than head to a department store.

Coach has the luxury, so to speak, of pulling back from department stores because the brand is able to sell directly to consumers through its own specialty stores and e-commerce site. This strategy, applied by other manufacturers both inside and outside of fashion (think Apple), may ultimately be where Coach’s future lies.

Of course, while brands such as Coach and Michael Kors pull back from department store distribution points, there are exceptions. A case in point is Under Armour, which recently announced plans to expand the sale of its sneakers and sportswear to Kohl’s. This addition will help the brand following the liquidation of Sports Authority, one of Under Armour’s largest customers. Of course, Under Armour also has a consumer direct hedge with its own brand stores and site, which now account for about a third of the company’s sales, according to The Motley Fool.

DISCUSSION QUESTIONS: How likely are shifts in the consumer marketplace to lead brands to abandon department stores for consumer direct or other alternative channels in the future? What might department stores do to become more important trading partners to brands such as Coach?

Please practice The RetailWire Golden Rule when submitting your comments.
Braintrust
"Department stores have to thoroughly rethink how they want to do business and how they want to present product to consumers."

17 Comments on "Can (should) brands do without department stores?"

The department store has to be the right image, have the right customers and have a mutually agreed upon retail strategy that meets the needs of the luxury brand. That includes positioning and pricing.

I remember my thoughts as a consumer when I was buying some “designer jeans,” only to find the brand being sold at discount stores like Marshall’s and Sam’s Club. It took my image of the brand down from specialty/designer to common merchandiser. The result was that I would no longer be willing to buy them at non-discounted retail prices. They trained me to look (or wait) for the sale.

Department stores have to change their layouts to become more consumer-friendly, and their current contracts with brands make that very difficult. Right now, a brand is grouped together (by gender). This may be good for the brand, but it’s not very good for the department store.

To stem defections, I think department stores have to thoroughly rethink how they want to do business and how they want to present product to consumers. This may create conflict with brands, but I think that conflict is inevitable anyway.

I’m not sure that near-luxury brands like Coach and Michael Kors are ready and able to abandon the traditional department store as a key volume driver. Some of their recent problems fall on their own shoulders — the overexpansion of their own stores (hundreds in the case of Kors), the willingness to distribute their goods to off-pricers and their own outlet stores, and the failure to cherry-pick the best anchor locations. It’s not an exact parallel, but Apple has always been selective about being in “the right mall,” not every mall — and it’s a lesson that aspirational brands should learn as they continue to do business with department stores.

Similarly, if we look downscale the Under Armour/Kohl’s example makes sense.

Department stores need to re-think how they present their offerings to consumers. Instead of departments — like accessories or cosmetics — why not lifestyle sections? Take a leaf from online retailers.

Can you imagine what must be going on in department store board rooms as they try to decipher what this is going to mean? Who (brands) can they keep. Who (brands) will they lose. How will they fill the voids to make the shopping experience as pleasant as they would hope it will be? It is not about filling space. It is about the name brands lost in the space needing to be filled. What will this mean to the bottom line? Oh my, no break for lunch with all this pressure.

Among the list of department stores, one will identify what made them great and why they are no longer compelling. A hugely courageous moment will occur. The others will go away, as they have been doing with increasing frequency since 1970.

Once that reincarnation occurs, all sorts of manufactures will want to be located within that brand. The intelligent assortment. The personalized service. The frictionless experience.

As the department stores are accepting austerity, trading partners will appropriately shrink.

Now as in the future, “retail ain’t for sissies!”

If they pull out of department stores, brands will see an immediate drop in sales of perhaps 30 percent. Are they ready for that hit? We’ll see … It might be a pendulum swing.

This is what I love about retail. It is in a constant state of flux. In good times, it’s about outpacing the competition; in bad times, it’s about protecting your flanks. Are we in good or bad times? I have no idea. What I do know is consumers still want what they have always wanted: to feel good about their purchases. And that’s what makes this interesting. Does Coach need department stores? Maybe not as much as they used to. Do department stores need Coach? Nope. They might think they do, but the magic of a department store is the thrill of the new. What department stores need from brands is great, exclusive stuff. Maybe this is a big opportunity for Tory Burch or Rebecca Minkoff. Department stores need to get back to what they do best: merchandising. The label inside one of my first big-boy suits (Ok, all of my suits have been big-boy suits) read, “Hickey Freeman Exclusively for I.Magnin.” It’s the merchandise mix that sets them apart. They should be working with… Read more »
0
|
0
-   Share

I think when a luxury brand has established itself so well and consumers aspire to buy it or are already big fans, they have less need to raise awareness of the brand in department stores. The fact that the product is in a department store may even “cheapen” it and make it less desirable or aspirational to some. With e-commerce sites that most retailers have now, people can get the product easily and the brand can more easily manage its price point and reputation.

Well, outside brands would be pretty oblivious if they haven’t already started to sell as much as possible through other channels. The writing’s been on the wall for a long time. So if they’re not prepared for the eventual downfall of the department store, they soon will have to be.

And department stores, for their part, would be well served by going back and looking at all of Ron Johnson’s ideas for JCP. They probably won’t seem so “stupid” anymore.

Agreed. The Sephora partnership is keeping J.C. Penney relevant for Generation Z customers and harvesting customers that would otherwise do their shopping at Macy’s or Boston Store.

“Abandon” seems overly pessimistic, but “de-emphasize” seems likely, even inevitable. Up-and-coming brands need a place to gain exposure, after all, since they aren’t well known to the public. So we would have co-branding, with the first brand being the store itself (Store A is where one goes to find all the exciting new brands X, Y, Z).

This of course is the role department stores traditionally played, and a few higher end stores — like Selfridges, which called itself a “house of brands” — still do. But this is a very intuitive, “merchant” driven approach, 180 degrees removed from the cost-cutting, leveraging, unbundling and other financial gimmickry that pervades the industry today. And it’s hard to see it being carried out in a chain of hundreds of stores, as opposed to a single — or, at most, a few — store(s).

Who needs who more? Having these so-called luxury brands pulled out of department stores may just be the best thing that could happen to department stores. This may force some department stores to finally rethink their merchandise mix. One possibility is that the retailer may choose to offer customers products from less known designers who are extremely creative and make exceptional products. Think of the success that “Oprah’s Book Club” had with promoting less known authors and if we can apply that same thinking to merchandising a department store, say “Macy’s Designers Club”, for example. The retailer might just be better off in the long run. If the retailer can create exclusive contracts with enough of these less known designers to create such a unique shopping experience, maybe customers would return to department stores to see what’s new because they’re from designers that are unfamiliar to them. Why does a customer need to go to a department store to see a Coach bag? You’ve seen one, you’ve basically seen them all. I know they’re all… Read more »
0
|
0
-   Share

Department stores really need to rethink their positioning. Most don’t have a strong “excitement” quotient, layouts are often difficult or cumbersome to shop, and merchandising varies. Online will continue to make inroads here.

It wasn’t that long ago that we discussed retail as theater. What happened? We’re all aware that experience trumps stuff. So why do department stores ignore what they know? Probably because department stores are agents for brands willing to accept unwarranted markdowns and returns without question while paying advertising/merchandising dollars.

From whence does profit emanate?

Markdowns may motivate sales, but they destroy luxury brands. At some point, a brand manager has to be more concerned with brand equity over sales. And it’s a lot easier to show that concern when sales are declining and the department store buyer is blaming it on your brand.

To be fair, retailers see certain solutions (like the proverbial hammer and nail) to most issues: markdowns, more advertising dollars, etc., spiffs too. All blasphemy to luxury brand marketers.