CVS’ new concept is about the health of its customers 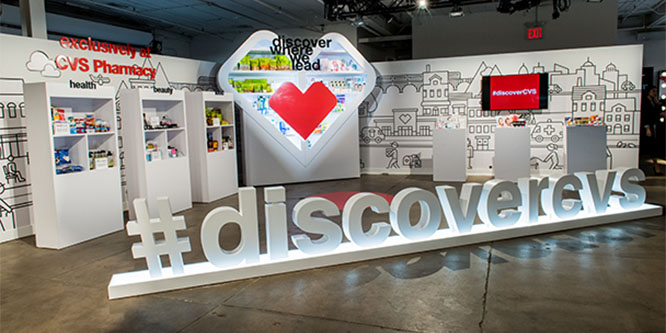 For years, CVS has been clear that its primary marketing focus is that of a provider of health services and products. Now, the drugstore chain is looking to bring that concept to life with a new store format even more focused on the health of its customers.

Next year, with the acquisition of health insurer Aetna finalized, CVS will begin opening concept stores focused on improved healthcare outcomes and reduced costs, according to CNBC. The new concept will focus on such elements as optimizing and expanding primary care, helping in disease management and reducing hospital readmissions by offering ongoing patient guidance. CVS will initially focus on meeting the needs of Aetna members, but hopes to eventually expand beyond that. It also plans to roll out the most successful, scalable offerings to all of its mainline stores.

In 2014, CVS was the first major retail pharmacy chain to discontinue the sale of tobacco. The retailer has since taken other steps to make good on the promise of promoting healthy behaviors. Last year, CVS announced a redesign that expanded its selection of better-for-you foods while moving the candy aisle and delisting foods containing trans fats.

At the same time, CVS has been improving its beauty section, piloting a Millennial-focused store-within-a-store called BeautyIRL, which offers styling services and a makeup try-on bar.

It’s not clear if the new store concept will have any element of the grocery/HBC selection that is found in CVS’ mainline stores or if it will be a pure healthcare environment. If the latter, it seems as though the future of CVS could have two distinct sides; one concept dedicated to healthcare services and the other to convenience store and beauty products.

The announcement comes in the wake of main competitor Walgreens having announced in April its own overhauled, medical services-focused store concept. The Walgreens concept, slated to launch as a pilot between six and 18 months before a broader rollout, will bring all of the most successful medical services the chain has launched disparately under one roof.

Please practice The RetailWire Golden Rule when submitting your comments.
Braintrust
"CVS and Walgreens’ experiences and assortments are very similar and the chess match will continue for many years to come."

This is a good move by CVS. In my view this concept, where possible and space permits, should be integrated into existing stores – with an upgrade of the whole store environment. CVS already has more than enough stores in very convenient locations, it seems imprudent to open more outlets, even if they are dedicated to health. Being a one-stop shop for health, beauty and wellness needs is what CVS should aim for.

I agree with Neil. If CVS could pull off doing this in the same location, that would be better. Who needs to go to yet another location for health services and then another for rest of your list? One-stop shopping is always better especially as they have great locations. As to how to compete with Walgreens, speaking for NYC only, I see a big difference between CVS and Walgreens. Yes they basically have the same assortment for the most part, but the difference I see is the human factor. CVS really goes the extra mile as associates will always greet you on the way into the store and are always ready to help, be it the counter person, the pharmacist or store manager. I don’t get that feeling at Walgreens. Now, having said that, it is a totally different experience when I am in Chicago. Hands down, the experience in Chicago at a Walgreens is warm and friendly. Can these two chains compete in a way that sets them apart? Perhaps, but in my book… Read more »
1
|
0
-   Share

There are essentially two national players in the pharmacy industry, and for years CVS rode on Walgreens’ coattails — picking nearby locations, and offering equally broad assortments of everything from junk food to sport socks. Dropping tobacco was the first step in the brand differentiation of CVS, and it makes sense to keep following this path. While Walgreens relegates true health categories to the back corner by its pharmacy — and keeps reducing space for it — CVS has an opportunity to head in a different direction. The acquisition of Aetna will only speed up the pace of change.

I don’t think this is about differentiation. It’s about comprehensiveness and relevance. What’s going to work under one roof before you have to head for the doctor’s office? This is health care, not apparel or groceries. It becomes more about what the insurance company allows or dictates, and then proximity.

What we are seeing is the (expected and predicted) paradigm for these store formats. And it makes perfect sense.

Retail pharmacy needed disruption … and both CVS and Walgreens are striving to put health and wellness back in the forefront and serve their patient population more effectively. Would it make sense to incorporate this into ALL stores? The answer is for those stores committed to health, yes. Perhaps there is a place for CVS “convenience” to compete with others in that space but they should be presented differently to shoppers so as to minimize confusion (imagine these locations without pharmacy but with increased food, etc.). CVS and Walgreens’ experiences and assortments are very similar and the chess match will continue for many years to come.

It’s clear that health services will be “retailized” in the next decade as the current system just isn’t working. It’s smart of CVS to do this, let’s just hope they make the experience MUCH better than what is currently available in their stores. By that I mean mostly with better customer service and environment. When you need care, it’s important to be in an physical place that is comforting and that you know cares about you — the opposite of their current “stack it high” retail philosophy and a big change I hope they can handle as it’s a great, and a much needed strategy.

Comparing the CVS experience to the Walgreens experience is comparing a helpful, engaging experience with the lack of customer service at Walgreens. This is no fault of the staff at Walgreens, they are tethered to cashier duties. Walgreens is about money, higher prices on almost every item. It seems natural for CVS to combine health services with pharmacy, bundled as a holistic experience for the end-customer. The opposite is to send a customer over to the pharmacy, disrupting the reason for holistic health care at CVS in the first place. Most people relish the idea of a seamless healthcare experience.

By incorporating the new/additional healthcare services into its existing stores CVS creates a stronger destination position. The caveat is the space required has to come from somewhere.

This would likely mean less space devoted to c-store type items rather than the over-the-counter products. The result would be a location that is entirely or almost entirely developed to healthcare services and products with perhaps a little space left over for a highly curated selection of other items.

Braintrust
"CVS and Walgreens’ experiences and assortments are very similar and the chess match will continue for many years to come."