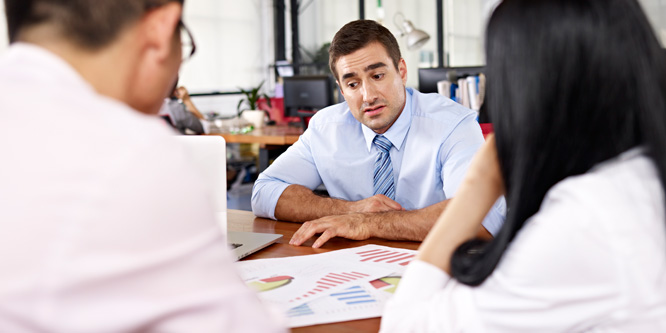 Presented here for discussion is an excerpt of a current article published with permission from Knowledge@Wharton, the online research and business analysis journal of the Wharton School of the University of Pennsylvania.

Research shows that, as tools for motivating workers, fear and intimidation come with a lot of risk and have been largely discredited for some time. And yet the use of fear as a motivator persists.

“Fear is a normal human emotion, and — when held in check — can sometimes be a functional or even necessary way to ensure that people do not become complacent,” said Wharton management professor Andrew Carton. “But when fear becomes an entrenched marker of an organization’s culture, it can have toxic effects over the long run. In addition to stifling creativity, it can inhibit collaboration and lead to burnout.”

Burnout may be of little concern for some employers, especially in certain high-growth industries. Netflix has been praised for its progressive company culture — offering perks such as a high level of employee autonomy, making sure business decisions are transparent to all employees and generally adhering to a philosophy the company calls “freedom and responsibility.”

The pressure to perform, though, is high. Netflix has a culture that is quick to fire employees and makes a public exercise out of it. When a worker is let go, an e-mail is sent out to potentially hundreds of other employees explaining what the ex-employee did wrong.

Netflix also uses a kind of keeper test. Managers continually go through the mental exercise of asking themselves whether they would want to keep workers if another company made them an offer. If the employee doesn’t measure up, they’re fired.

Beyond anxiety and depression, fear-based work environments have been found to inhibit learning, drive workers to become rigid and less creative, and impact team cohesiveness. But current and former Netflix employees have attributed the distributive decision-making power supported by its culture to the streaming-service’s ability to spur change.

“I think the Netflix culture is something a lot of people have admired,” said Shalini Ramachandran, a Wall Street Journal reporter who wrote an article on Netflix’s tough corporate culture, on the Knowledge@Wharton radio show. “While it can be at its worst ruthless and demoralizing, at its best it can allow the company to transform itself multiple times and overturn entire industries”

DISCUSSION QUESTIONS: What’s your view of fear as a motivator for retail employees, whether on selling floors or in offices? Does it work in certain situations or in measured degrees?

Please practice The RetailWire Golden Rule when submitting your comments.
Braintrust
"Hard to believe we’re having this conversation in 2018, but I think the Great Recession revived this disgusting 'motivator.' It’s time to consign it to the dustbin of history."

"The use of fear to motivate performance is an act of laziness, ineptitude, and/or evidence of the poor character of the leader."

"Fear is not the answer; trust is. To inspire and motivate associates, management has to be trusted."

18 Comments on "Does fear motivate workers or make things worse?"

I have a hard time seeing how fear could be used as a motivator to deliver positive outcomes. If employees are fearful, this negative emotion can’t help but be reflected in the store experience and the vibe shoppers get. I wouldn’t advise using fear as a motivator in any circumstance.

It’s hard to believe we’re having this conversation in 2018, but I think the Great Recession revived this disgusting “motivator.” Do you know how many times I heard the phrase, “well, they’re lucky to have any job at all?” during that era?

It’s really a bad idea at this point. Retail jobs are totally fungible for most in store employees. They’ll just go get another one. Ditto with just about any other job these days too. It’s time to consign that one to the dustbin of history.

Fear as a motivator just feels wrong to me. I don’t think it’s how you get the best out of most people. There may be some who respond to it, and perhaps it is more reasonable for highly paid positions, however for the average person it is more detrimental than beneficial.

Low pay plus mediocre benefits plus fear is a recipe for high turnover — something that no retailer really wants.

Fear is a great short-term motivator that only leads to long-term problems. You cannot have a positive culture if all employees are fearful for their jobs. If you do not have a positive culture, no business will reach its fullest potential. When a company using fear as the motivator is one that deals with customers as with retail, it is next to impossible to provide a positive customer experience because the employee will be too scared to engage the customer beyond what he or she is told to do. The customer perceives the employee as being cold or uninterested whereas, in reality, they’re just afraid to go beyond what management has told them in fear of losing their job. Bean counters often see fear as a great motivator with the mindset that no one is indispensable, and they feel they can get more productivity out of the employee if that employee feels threatened about losing their job. However, that type of thinking stumps long-term growth and causes high turnover which is expensive because the second… Read more »
3
|
0
-   Share

Fear/intimidation as a management tool is over. For one thing, in the American economy and with all the “right to work” (ironic term) states in play, most people are fully cognizant of the fact that they could be sacked for absolutely no reason, or even vague reasons like “restructuring” or “position elimination” at any given time. So fear is “understood” by anyone but the most naive (rookies). You don’t need to make the environment worse, you need to make it better, as in, “we’re all in this together.” Make it work and we all win, not make it work or else. Everyone already knows that.

Fear as a tool is despicable. Maybe it works for warlords, but in a company or office environment? Fear is certainly possible in a shaky company in a shaky economy. Maybe teamwork and hard work overcome that situation and maybe not. Fear that I am being outperformed by my peers so I need to buckle down and arm myself with the necessary tools — practice and train and learn and grow. Maybe that’s just being self aware and humble. Management by a medieval mentality is just unacceptable. Radical transparency is one thing, and I think that’s a slippery slope. But warlords need not apply.

Netflix is admired for being ruthless and demoralizing? I bet that’s a special place to work.

Fear and the humiliation that goes with it may work in the short term because people need their jobs, but the long term disadvantages outweigh any benefits. Fear as motivation is demoralizing and a really bad idea. We’re better than that.

Fear is not the answer; trust is. To inspire and motivate associates, management has to be trusted. Trust creates and environment where threats are reduced, and thinking and creativity are liberated. Trust creates attachment, which is foundational to a majority of our institutional ideals. A free thinking, creative, and brand-attached associate will be “felt” by customers; improving their customer experience, thus improving a retailer’s revenue potential. Ditch fear.

I have been very fortunate never to work in that kind of environment. But much fear in the workplace is generated by the individuals themselves. They are afraid of losing their jobs, often imaginary, sometimes with reason.

What happens to those individuals is not that they get better, but they perform worse. They work to perfection, the enemy of good. They second guess themselves. Their performance doesn’t thrive, it drops.

I worked in one. The guy was nuts, plain and simple. How he got to be CEO of a company is beyond me, and he actually contacted one of my former coworkers a few weeks ago asking if he wanted to go work for him again at a new venture. To his credit, my friend told him that he had provided the worst work experience of his life. And there are posts all over the web echoing same about this person. It always catches up with them.

Fear? It goes along with its companions short-sightedness and stupidity. What a way to run a company!

Technology moved to an Agile paradigm. Everyone is equal, common goals, celebrations and mutual respect.

If only retail was run by CMOs and not CFOs. If only…

We have to be careful that we don’t paint with too broad a brush on whether or not fear tactics work. People respond differently to the same environment. When I worked in a supermarket in the ’80s, the place was run with an iron fist. “Do this or we’ll find someone who will,” “Taking vacation?! Are you losing interest?!” etc. Sure, if you really needed the money and you couldn’t get a job anywhere else, this style worked very well. However in today’s employment landscape, workers have a lot of choices.

Every employee lives with the implicit fear about keeping their job and paying their expenses. Many worry about progressing in their careers and providing for family. When managers use fear as a controlling tactic, however, the workplace becomes toxic. Accountability and empowerment are far better motivators. When employees can see clearly how their efforts matter and are suitably enabled, most (not all) will strive to perform well. Those that don’t should probably be let go.

“Fear is a normal human emotion, and — when held in check — can sometimes be a functional or even necessary” How can any of us disagree with this? But “in check” is the key word, of course: Netflix sounds like that “Star Trek” episode with the sadistic parallel universe … that it has found apologists is sad, but not surprising.

Natural, organic fear is often present for many people in their jobs. When it’s self-inflicted it often becomes a personal motivator until such time that discrete fear is overcome. However, when it’s forced down from management as part of a corporate culture it only serves to de-motivate workers from wanting to do their best and productivity suffers as a result.

I agree with Paula’s comments that it is truly amazing we’re still having this debate in 2018. Having been in an organization that relied on these tactics as a management technique in the past, I can attest to seeing the terrible effect it has on employees to the point of demotivating them into feeling “it’s just a job” and no longer desiring to be innovative and creative. It’s no wonder that in organizations such as those you see higher turnover rates!

In my vert first retail job, right out of college, I learned an invaluable lesson. My “old salt” retail boss would preach: “Do something, even if it is wrong, just do something.” He consistently raised a bunch of successful over-achievers through the years. Prime lesson learned: in a fearful environment people are afraid of making a decisions or taking actions. And that is a sure way to stagnation and failure.

Braintrust
"Hard to believe we’re having this conversation in 2018, but I think the Great Recession revived this disgusting 'motivator.' It’s time to consign it to the dustbin of history."

"The use of fear to motivate performance is an act of laziness, ineptitude, and/or evidence of the poor character of the leader."

"Fear is not the answer; trust is. To inspire and motivate associates, management has to be trusted."