Is Hy-Vee’s highly public corporate restructuring prescient or something else? 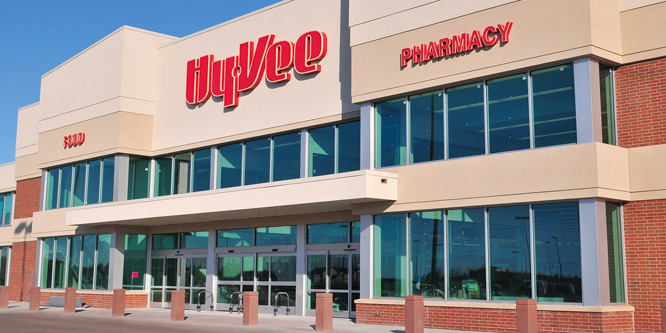 Hy-Vee in full-page ads last week in the Des Moines Register, Cedar Rapids Gazette and other newspapers announced that it will ask up to 500 corporate-level employees to switch to retail jobs at its 285 stores as it battles macroeconomic pressures.

In the 1,400-word advertorial entitled, “Economic and Retail Industry Challenges Lead to a Shift In Strategy for Hy-Vee,” the Midwest grocer wrote that it is taking steps to shrink operational costs as it faces a “number of obstacles” including escalating inflation, fuel and labor costs, supply chain disruptions and slow-to-increase pharmacy reimbursement rates.

In particular, the steps are being taken, however, “to head off what a growing number of financial experts predict will be a severe economic downturn as early as next year.”

The advertorial notes that Goldman Sachs recently set the odds at 35 percent for a recession within the next two years and a recent Bloomberg survey shows half of investors expect a recession by mid-to-late 2023.

Hy-Vee noted that steps have already been taken to lower costs in recent years, but those measures were “not enough for what they predict lies ahead.”

As a result, the company is asking up to 500 corporate employees to take on selling floor jobs. The company had already eliminated 121 positions across marketing, communications and technology in March with more than 100 of those employees offered retail positions.

The retailer is also putting several projects, including a new warehouse, on pause.

Hy-Vee’s stated goal is to be “as lean as possible” to continue to keep prices down without sacrificing customer service.

Randy Edeker, Hy-Vee CEO, said in the advertorial, “Retail has always been a sprint to get to where customers want us to be before they get there. And Hy-Vee’s next step is doing what’s best for the customer, specifically regarding price and value.”

DISCUSSION QUESTIONS: What do you think of Hy-Vee’s decision to publish an advertorial disclosing the details behind its restructuring? Does a 35 percent chance of a recession over the next two years provide a plausible explanation for the move?

Please practice The RetailWire Golden Rule when submitting your comments.
Braintrust
"I certainly hope that Hy-Vee’s internal communications plan for disseminating this information was more thought out than the external one. "

"I’m a huge fan of corporate transparency, but this sounds more like an exercise in publicly proclaiming 'the sky is falling.'"

"To be in an 'as lean as possible' position is a good move now, if they believe that an economic downturn will in fact arrive on their schedule."

14 Comments on "Is Hy-Vee’s highly public corporate restructuring prescient or something else?"

This seems like a very odd move – especially going to the public with economic predictions which are anything but certain. It is also concerning that they appear to be emphasizing “cheap” rather than valuable. But most of all I wonder what type of corporate groupthink took over the C-suite to lead to these apparently dramatic steps. It’s not good when that happens.

It has taken some time for Hy-Vee to make this move. They will face many challenges with this re-birth. I can see how staff feel blindsided, and I am sure we will be reading articles galore during the coming months on how this move turns out. To be in a “as lean as possible” position is a good move now if they believe that an economic downturn will in fact arrive on their schedule.

I certainly hope that Hy-Vee’s internal communications plan for disseminating this information was more thought out than the external one. Starting with discussions on what the intended end-state is for these moves, Hy-Vee’s HR department should have painted a picture that the strategy will result in more opportunities for the people losing their positions and that the retailer is committed to making any transition as painless as possible. Once there was buy in to the plan, Hy-Vee could have announced the move as something positive, using the thousands of dollars spent on the advertorials to support the change or donate to food banks if the recession actually comes. Without a solid internal communications plan, this exercise looks a bit like airing dirty laundry in public.

Hy-Vee has just announced that it is planning to have a bad couple of years, no matter what the does. While being “lean” is a good thing, these moves feel desperate; more like a company facing bankruptcy than one protecting its interests. This is surely a morale-killer and many of those being asked to move will simply leave. Transparency is positive, but there was a better way to position this news.

I am all for transparency to customers. But this sounds like panic. As a customer, do I start exploring a new supermarket? Based on the advertorial, I would question if Hy-Vee will be around in a couple of years.

Just a few days ago, they announced they would not be going ahead with building new stores in several Twin Cities suburbs, and would be selling the property they’d purchased. Blindsided the communities who’d been counting on that investment and employment. Makes one wonder if the board’s non-grocery investments in Wahlburger & Orangetheory, and expansion into Southern states, was taking their eyes off their core business? And what is the increased insurance expense from the action of putting armed private security on store floors?

The advertorial used doom and gloom to justify its restructuring. I’m not sure that was the best approach. Note that it omitted any mention of what happens to the employees who move to retail positions for things such as their pay and benefits. It also omitted what happens if they say no.

I’m a huge fan of corporate transparency, but this sounds more like an exercise in publicly proclaiming “the sky is falling.” I’ve held Hy-Vee in high esteem for decades, but this feels like a mistake. I understand trying to head off negative publicity from disgruntled employees who have either lost their jobs or aren’t happy with moving “back” to retail sales, but – at least from the outside – this really looks like an over-reaction. Will there be a recession? Almost inevitably if the economy continues down its current course. Will it last a month, a quarter, a fiscal year, or a decade? Who knows. I just think that this kind of corporate communication raises more issues than it resolves among Hy-Vee shoppers, employees, the media, and the market. I trust the company enough to believe they may have had their reasons, but what those are seems to be the one thing they aren’t being totally transparent about.

What if the title of the editorial ad had read, “We are getting leaner and meaner to serve our team members and our customers.” If they had followed that headline with a positive list of changes, it could have been a win-win for all parties.

Justifying workforce reduction or redistribution based on a 35% chance of a future recession without any mention of benefits for employees or customers will sound alarm bells for the markets and people they serve. This communique tries to use a positive phrase (transparency) to gloss over a layoff and cost-cutting program. Wonder what the internal Comms plan was….

For any (and maybe every) one who has ever said “you can never have too much disclosure” this may be the mea culpa moment. These kind of comments — and by “these kind” I mean a company’s outlook — are usually positive, or at least vague, and come in the form of an interview; so Hy-Vee broke several traditions here (I’m sure the DMR appreciated the revenue).

The obvious danger is this will give people the idea the company is in trouble, which can become a self-fulfilling prophecy … perhaps rapidly.

Hy-Vee’s public announcement is not unusual per se, but in its timing. The company is employee-owned and takes pride in being open and transparent to its employees and the community. The economic conditions in the coming quarters are more challenging given inflation and a tightening Fed policy. I applaud their transparency and desire to inform the community. I question the call for a restructuring, which implies a lasting and more enduring economic shift. Hy-Vee needs to be agile in its response more than placing all bets on a single future outcome in their scenario planning exercise.

Lots of speculation in the comments about Hy-Vee’s restructuring. Having worked with them for several years, I have a great deal of trust in their leadership. While some say odds of a recession are “only” 35 percent, I am certain the odds Hy-Vee leadership is making good decisions for their company are much higher.

My surprise is that it was only just recently Hy-Vee was on an innovation path, combination e-commerce, in-store CX, and digital efforts toward to some pretty cool stuff. They were risk taking and building better experiences for the future.

Now that the pandemic has waned, and inflation has taken hold, all of a sudden internal cost structures and pressures has forced significant cuts, requiring many in corporate to embark on very different career decisions, if not just leave.

Were there too many initiatives? Too many expensive projects? ROI surely had to come from some of these efforts — and I hope they double down on those efforts.

Hope they can operate in a healthy space and customers continue to embrace their efforts to date. They’ve built a great brand so far.

Braintrust
"I certainly hope that Hy-Vee’s internal communications plan for disseminating this information was more thought out than the external one. "

"I’m a huge fan of corporate transparency, but this sounds more like an exercise in publicly proclaiming 'the sky is falling.'"

"To be in an 'as lean as possible' position is a good move now, if they believe that an economic downturn will in fact arrive on their schedule."