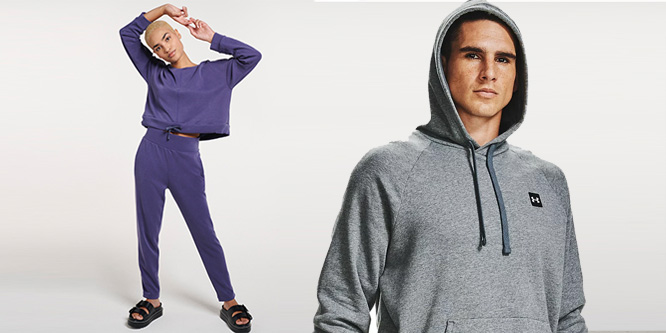 Kohl’s announced plans to expand sales of activewear assortments from 20 percent to at least 30 percent of its total. The retailer set the goal while announcing a new mission to become “the most trusted retailer of choice for the active and casual lifestyle.”

Kohl’s has expanded its active category at a 10 percent compounded annual growth rate over the past three years and nearly doubled it since 2013. The retailer’s “Greatness Agenda” platform has focused on growing wellness categories as Americans have focused more on their health. Active and casual have also significantly outpaced other apparel categories during the pandemic.

In a PowerPoint for investors, Kohl’s detailed five ways it plans to further expand active:

Other growth priorities include reigniting growth in women’s apparel and expanding beauty.

Kohl’s active push appears to run counter to department stores’ traditional role of introducing fashion trends and bringing designers to the masses, although athletics are driving many streetwear trends.

Michelle Gass, Kohl’s CEO, said, “We are leaning into categories where we have demonstrated momentum and will drive more growth opportunities into the future.”

DISCUSSION QUESTIONS: Does consumer interest in active and casual clothing represent a fundamental shift in behavior or a temporary response to current circumstances? Do you see more benefits or risks to Kohl’s as it increases its emphasis on athletic brands and assortments?

Please practice The RetailWire Golden Rule when submitting your comments.
Braintrust
"It’s a very competitive space for sure. They just have to be careful not to get stuck in the dreaded middle. "

"Current circumstances are accelerating the trend with the shift to working from home which is likely to continue, driving additional demand for casual attire."

"You just have to wonder what took them so long. From the minute we shut down in March until today, what else are we doing/wearing?"

15 Comments on "Kohl’s triples down on active lifestyle categories"

I think Kohl’s is smart to make this move, both now and for the future. The move makes obvious sense during the pandemic, as casual clothing has become the norm, but I think Kohl’s is thinking well beyond the pandemic and has rightly identified this category as a larger trend. There’s no doubt that the shift to work from home will become a permanent fixture of society at least to some extent, so the demand for casual will be a sustainable, long-term trend.

You just have to wonder what took them so long. From the minute we shut down in March until today, what else are we doing/wearing? Personally, I need to get on DePop and unload a lot of dress shirts! Then, of course, buy more running clothes and sweatpants!

Kohl’s already had a successful active business before the pandemic so, in some ways, it is ideally positioned to expand this category. However there are two important considerations. The first is that some current demand is being fueled by the pandemic. When things start to normalize some of this demand will dissipate. As such, Kohl’s has to ensure it does not overexpose itself to the category or become too reliant on it. The second factor is competition: this is not an empty space and a lot of retailers, including Target, have introduced more athleisure and sporting apparel, including own-brand product. So Kohl’s needs to stand out from the crowd and differentiate, which is easier said than done. But overall, this is a sensible pivot at the current time.

Apparel is a trend driven business. At the moment casual athletic wear is the hot topic. Kohl’s knows this well and their assortments reflect that trend. For now. The more important questions to ask are, how successful are they at identifying fashion trends quickly and how well do they know their customers and connect with them and the fashion trends they think are going to be important? My observation is they do a really good job in this space, so I think this is a pretty low risk strategy.

Who knows, In 12 months we may all be longing for opportunities to get out of sweats and put on suits and ties again. Yikes.

It’s a very competitive space for sure. They just have to be careful not to get stuck in the dreaded middle. They can win if they focus on the value components of their offerings and, like they’re doing, expand their mix into underserved areas like “plus” and “big and tall.” They shouldn’t try to compete with the premium brands or retailers as that space is well represented.

This is probably a good thing because of the changes in how we live, given that we spend more time at home than going to an office now. Being able to go from work to the gym (or any outside activity) easily is always welcome. Their athleisure sections in the stores are already pretty large, I would suspect that normal work clothing sections would be pared down to expand the other assortments.

This is an opportunistic move and well founded. However it will have been even more so if Kohl’s can be flexible enough to shift back the mix when the pandemic is no longer an influence and customers would like to return to some extent to somewhat more “dressy” dressing. I don’t think we all want to live in running shorts and sweatpants forever.

I agree with Kohl’s strategy of increasing its athletic brands and assortments. The article mentions that department stores typically focus on introducing new fashion. Whereas that might be true for more traditional department stores, Kohl’s is unique because they’re not what one thinks of when thinking of a department store but more of a large store selling clothes. They have a loyal customer, and they’ve been successful for years. They know their business, and they even managed to weather the COVID-19 pandemic. So I trust they know what they’re doing. Years ago I worked with them when they expanded their jewelry departments and decided to carry diamonds. Kohl’s selling diamonds? This can’t succeed, the critics said. Yet it was extremely successful because they were less expensive, and Kohl’s found their market. Here again Kohl’s is attempting something different, and I see it as being a success.

The underlying trend, not just the pandemic, suggests that this is an excellent move. It is not new. It was happening for the last few years, it is just now being accelerated. Kohl’s is smart to take advantage of it and will be smart to pivot away when the time comes. And the time will come just like it has for every fashion trend in history.

The move makes sense – there was already a growing trend towards active and casual clothing. Current circumstances are accelerating the trend with the shift to working from home which is likely to continue, driving additional demand for casual attire.

I don’t know about anyone else here, but I haven’t worn pants requiring a belt in six months and I like it! I am not sure if I ever want to make belts a regular part of my wardrobe again! And I suspect I am not alone. Hence my guess that athleisure wear will retain a significant share of wallet long after we return to whatever normal looks like at some point. However I do think it’s critical that Kohl’s finds a niche that differentiates their assortment. They must avoid “the middle” at all costs, or they will get lost in the shuffle.

Always knew you were a “sans-a-belt” guy!

As long as we continue to work from home or in a hybrid office, the active lifestyle and athleisure categories will continue to resonate with today’s consumer. Kohl’s and other retailers have to respond to the fundamental shift we are experiencing since the quarantines took hold in March.

The more proactive retailers took advantage of this shift back in the spring. If we experience a new wave of quarantines and COVID-19 case escalations, the work from home model will continue to be the model well into 2021. We should expect the casual and athleisure categories to continue to grow in prominence, as we keep our dress shirts, suits, and formal attire on our shelves.

If there’s one thing Kohl’s is doing right with this shift to emphasize active and casual clothing, it’s that they are agile! These trends were already happening pre-COVID and have been amplified during the pandemic. Hopefully, if these trends don’t remain post-pandemic, Kohl’s will have learned how to stay agile enough to shift yet again. If Kohl’s can show their customers they know how to adapt quickly to changing trends, that might be enough to drive more foot traffic without relying on Amazon returns to get those customers in the door! For now, this is a good, on-trend move to make. Next, they should evaluate their other departments and see what changes they can implement there.

Braintrust
"It’s a very competitive space for sure. They just have to be careful not to get stuck in the dreaded middle. "

"Current circumstances are accelerating the trend with the shift to working from home which is likely to continue, driving additional demand for casual attire."

"You just have to wonder what took them so long. From the minute we shut down in March until today, what else are we doing/wearing?"