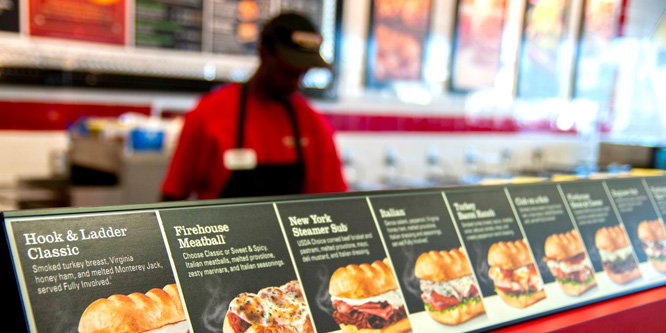 With unemployment rates at or near historic lows, retailers sometimes look in different places to find good workers. According to a recent piece from Bloomberg, restaurant operators such as MOD Pizza, McDonald’s and Firehouse Subs are hiring ex-criminals in order to fill the worker gap.

The website, 70 Million Jobs, is a job board that helps those with criminal records get hired. The site says they look for those who have been out of prison awhile and able to stay out of further trouble. Low-level drug offenders are eligible; those convicted of more serious crimes typically aren’t. There seem to be other websites offering the same service and it appears that many mainstream retailers are now hiring former convicts.

A Fast Company piece says that 60 to 75 percent of those released from incarceration remain unemployed a year after their release. But, according to a poll cited in the same article, 78 percent of Americans are comfortable buying goods/services from a company that hires ex-cons.

Vikrant Reddy, a senior research fellow at CKI, a nonprofit libertarian research group, told Fast Company that consumers are comfortable interacting with people who have been incarcerated and it doesn’t factor into their decision whether to visit a retailer. Yet, in the same poll, only 31 percent of those surveyed are okay doing business with someone who served time for a violent offense.

A MOD Pizza spokesman told Bloomberg that ex-felons tend to stick around, and some get promoted through the organization. For ex-cons, decent jobs can provide stability and a reason to get out of bed, stay straight, etc. Firms hiring former criminals get labor they desperately need and, perhaps, some goodwill benefits, as well. Some hiring managers say ex-criminals are great employees because they appreciate being given a second chance.

Firehouse Subs attends hiring events for ex-offenders and has a three-year agreement with the Florida Department of Corrections to consider convicted felons for vacant positions. With around two million Americans behind bars and well over four million on probation or parole, there is a large pool of potential labor. A public policy professor at Georgetown University told Bloomberg that it is important for society to try to get ex-cons into the workforce.

DISCUSSION QUESTIONS: Should retailers hire ex-cons? If so, where do you draw the line at acceptable vs. unacceptable offenses?

Please practice The RetailWire Golden Rule when submitting your comments.
Braintrust
"Hiring them is an important opportunity for the retailers and for those who have served their time."

"Many of these people are non-violent offenders caught up in the so-called “war on drugs.” Properly vetted, they can be a reliable addition to the workforce."

"I fully support this movement, as defined above, for spiritual, moral and economic reasons."

Of course they should hire them if they meet their criteria, just not for PR.

Your vital point is easily missed here Bob. If these folks are selfishly and immorally “used” for PR by retailers it simply repeats what got these folks into trouble in the first place. There’s a big difference between being “used” and being legitimately “useful” in a new and rewarding occupation.

If someone has served their time, has reformed and is no longer a threat to society then there is no reason why they should not be given a job. Indeed, gainful employment is essential if they are to have a chance of living an honest life.

The UK retailer Timpson has gone out of its way to help and train ex-convicts, and it has worked very well for them.

I fully support this movement, as defined above, for spiritual, moral and economic reasons. Let’s face it, there but for the grace of God go many of us. As I understand the story, the resurrection of the Indian Motorcycle Company was largely due to the fact they hired ex-cons to build them. Makes all the sense in the world when you think about it.

The U.S. leads the world in only three categories and the number of incarcerated citizens per capita is one of them. The largest prison population in the world. Why that is so is a major dimension in political discussions these days.

If it’s a low level offense and the person has served their time, why not?

So, what should we do with those who have committed more serious crimes? Locking them up and throwing away the key hasn’t worked too well. Who will be willing to hire them?

Retailers should definitely include ex-cons among their candidates. Hiring them is an important opportunity for the retailers and for those who have served their time. Retailers should treat them like other employees. My concern is that retailers would take advantage of them in terms of wages and perhaps other aspects of their job.

Of course. My guess is that if the ex-cons don’t tell customers they are ex-cons, no one would even know. And if customers did know, they should be happy to see someone trying to make a good life.

The U.S. has the highest per capita rate of incarceration in the world. Many of these people are non-violent offenders caught up in the so-called “war on drugs.” Properly vetted, they can be a reliable addition to the workforce.

Everyone loves a good comeback story, and retailers should consider hiring capable, experienced and reformed ex-cons. However, while it’s always a good PR story, the job market is extremely competitive as it stands, and there are plenty of various inherent overt or stealth discriminatory practices at play, including ageism.

It’s encouraging to see larger corporations such as Delta and McDonald’s hiring ex-cons as part of their inclusion strategy. Yet even without a felony record looking for a job is a numbers game, as you are up against the algorithms and intense competition.

Having volunteered in a halfway house for ex-cons, I know the extreme difficulty they have re-integrating with society and how difficult it is for them to find work. Understandably, these factors raise the rates of recidivism substantially. From my experience, the clear majority of the formerly incarcerated are eager to work and get their lives back on track. I don’t see a good reason to hold back for a year or so before hiring them; imagine yourself facing the pressure of trying to find a job when you have a record, poor living conditions, a need for income (and food!), and constant rejection. I’d recommend giving these people a shot sooner, rather than later. Having said that, it obviously doesn’t always work out. Careful screening, and keeping a close eye on these new hires, is essential for your business and for your customers.

I’ll pile on to the universal support of the BrainTrust on this issue.

In today’s tight labor market there are two groups that are grossly underemployed, yet when given the chance have proved to provide valuable employees. One is people with criminal records and the other are people with disabilities. Those employers who have learned to tap into these two groups have reaped tremendous benefits.

There is a third opportunity that should not be overlooked, the WOTC.

This is a classic example of something everyone — almost — thinks should be done, as long as someone else does it.

It depends, obviously on the nature of the crime and of the job: a violent crime and it’s hard to imagine anyone willing to take a chance, for obvious reasons. Misdemeanors and property crimes offer more latitude (although there are probably few people who become “cons” for isolated misdemeanors) and jobs with a high degree of supervision, or at least interaction, and low potential for theft would seem like a logical starting point.

Retailers should offer opportunities for jobs if they have no theft, robbery or other integrity crimes.

Braintrust
"Hiring them is an important opportunity for the retailers and for those who have served their time."

"Many of these people are non-violent offenders caught up in the so-called “war on drugs.” Properly vetted, they can be a reliable addition to the workforce."

"I fully support this movement, as defined above, for spiritual, moral and economic reasons."