Will 7-Eleven’s beer and wine on tap be a c-store game changer? 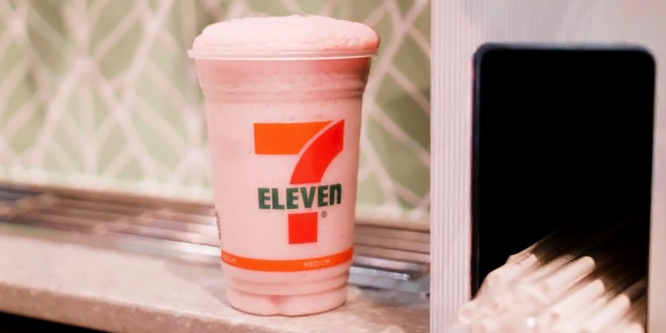 7-Eleven stores in Canada are applying for liquor licenses to serve beer and wine to customers inside their locations. The convenience store is seeking approval to serve the alcoholic beverages at 61 locations in the province of Ontario, including 14 in Toronto.

In a statement issued to the CBC, 7-Eleven Canada said the addition of on-premises alcohol would serve as a “complement” to the chain’s fresh and hot food offerings. “We are preparing for in-store service of a small selection of Ontario-made beer and wine products, offered during limited hours, and in designated consumption areas of our stores.”

The chain said that all associates working in the program would go through a training program certified by Ontario authorities covering the responsible distribution of alcoholic beverages.

The timing of 7-Eleven’s request for liquor licenses may seem unusual to some as Canada continues to deal with trying to get the spread of the novel coronavirus under control. It’s also not clear from the reporting if the addition of taps are tweaks of the existing store format or the creation of new concept locations altogether.

The convenience store chain introduced and began rolling out its new Evolution concept in the U.S. last year. Some of these locations, as proposed in Canada, included an area selling beer and wine on tap. The areas, branded as “The Cellar”, were just one of several new features at these locations.

DISCUSSION QUESTIONS: Could having alcoholic beverages on tap be a major customer traffic driver for 7-Eleven? Do you see this as a strategy that other convenience store operators will follow?

Please practice The RetailWire Golden Rule when submitting your comments.
Braintrust
"Retailers are trying everything they can right now to engage consumers. Craft beer at 7-Eleven isn’t that much of a stretch."

"This is a head scratcher. Bellying up for a drink at a convenience store?"

"My question is if the juice is worth the squeeze to manage a mini-bar in the store."

29 Comments on "Will 7-Eleven’s beer and wine on tap be a c-store game changer?"

It is certainly a novel concept for a c-store, and it could certainly elevate the ambiance and perception of the store. There is no predicting how much success this will have or if this will be successful, but kudos to 7-Eleven for pushing for new customer experiences. This is what a good retailer does.

Creating a designated area on the sales floor is the smart way to do it. It’s not like you’ll be able to walk in and grab a Big Gulp cup full of beer to go.

Many convenience stores offer food to go and some sell whole pizzas that rival the best local pizza joints. So why not offer the community a smartly designed spot on the sales floor to sit down and try a local beer along with a meal? Retailers are trying everything they can right now to engage consumers. Craft beer at 7-Eleven isn’t that much of a stretch.

Or, this could bring a whole new meaning to the term “Big Gulp.” 🙂

Differentiation and establishing a niche in the market is what will keep the convenience category active and vibrant over the next 10 years. As the world shifts towards electric cars, the experience and unique lines that convenience stores will offer will keep them remaining relevant in the retail spectrum.

Alcohol on tap is an interesting play, but likely of limited appeal. While I love 7-Eleven and other c-store chains, I don’t have any desire to pour a cold one and linger in-store. There’s not much difference between popping the top of a cold one vs. pouring a frosty glass if you’re going to leave the premises (except maybe the mess).

This is a novel idea, but I feel for the c-store associates that will have to deal with buzzed customers wandering around the store. I am interested to see how this works and if it will become a concept that “seemed like a good idea at the time.”

There are so many grocery stores that already serve wine and beer for customers to enjoy at an in-store bar or while shopping. I’m not one of them but I have also never experienced anyone who was out of hand. I see your point though, 7-Eleven isn’t Wegmans.

This is a head scratcher. Bellying up for a drink at a convenience store?

Kroger has tried to do this recently and I’ll say it’s really awkward to be shopping for fresh meat directly adjacent to someone at a high top slurping from a growler. Like awkward for both parties.

If you see where the concept is being launched, you will notice the European lifestyle influence on this decision. It is a natural. One can walk into many different types of places in Europe and have a short beer. (Spain comes to mind with its caña.). Once we shed puritanical ethics in the U.S., we will do it too. Can’t lose.

I’m not thinking this will be a big thing, as opposed to buying a six-pack or a bottle of wine, although we can assume an early trial bump. There are way too many problems as my colleagues mention above.

This strikes me as more of a grab and go experience than sitting at one’s favorite bar. If so, YIKES!

I’m clearly missing something here. Customers can already go into 7-Eleven and pick up a single can of beer (Duane Reade, too). Why have beer on tap?

The convenience store sector is evolving and addressing the needs of the changing consumer behaviors. We have seen the emergence of healthy, fresh, and perishable offerings in 7-Eleven and other convenience stores. Offering alcoholic beverages is a natural extension of this strategy.

By offering far better products, and now alcoholic beverages, 7-Eleven and other convenience stores are rising to the challenge and will be a force to be reckoned with as customers seek convenient ways to shop. This is very similar to the European convenience store model and may provide consumers with a way to avoid the mid-week fill-up trip to the grocery stores.

I have seen C-stores with growler filling stations before but there was controlled access to check for ID before you were able to access it. I think if they are serving food items that can go with a brew on tap, then why not? You just have to have a way to monitor age and a minimum limit on the number of beers you can have at one sitting.

Isn’t it a bit dubious that 7-Elevens would offer alcohol when they are geared to drivers stopping for a picnic while driving? I remember over 20 years ago rest stops on French roads offered wine and they were legislated not to do this.

No. In a single word no. This will not be a game changer for the c-store channel. In the U.S., many liquor laws are state dependent. This includes the states where liquor can only be sold at a state-owned liquor store, or the states where open liquor is banned everywhere except the point of purchase. 7-Eleven does not want to become the enforcer of different laws, in different jurisdictions, for different types of alcohol. Alcohol is so regional that 7-Eleven is better off focusing on other in-store opportunities.

This will certainly be an interesting experiment to watch. In most states (not mine sadly) 7-Eleven already sells alcohol. The store I go to when I’m visiting family in Reno has a fixture behind the counter stocked with minis of every type. If one is inclined it’s easy to buy a hot chocolate and peppermint schnapps and mix a drink for yourself as soon as you step out of the store. Also easy to buy a 40oz can of beer and drop it in a bag, pop the top and walk out. So I’m not sure this is that much of a step beyond that. My question is if the juice is worth the squeeze to manage a mini-bar in the store. If kids sneak a refill on a soft drink, not a big deal. If kids figure out they can fill a cup of beer and “gulp” it down in the store without getting noticed by the cashier – that’s a huge deal from a regulatory perspective. One that could cost real money in… Read more »
1
|
0
-   Share

While I am looking forward to 7-Eleven’s refresh/re-imagining of stores here in Minnesota as they complete their acquisition of Speedway (former SuperAmerica) locations, MN’s liquor laws make this one a non-starter, and probably just as well.

It is important to note that 7-Eleven’s Canada Stores are all corporate operated. So they can control this program and control its execution, and increase staffing across all stores offering it to provide for a consistent customer experience. So if run right, it can be successful and would be unique as I don’t think any other c-store operator in Canada is doing this.

However, in the US where 7-Eleven is primarily franchised stores, with varying operational quality, varying labor levels, and general inconsistency, I do not see this working across the store base. Sure they can put it into a few corporate “test stores” that have unlimited resources. But there is that fantasy land then there is the real world of the US 7-Eleven primarily franchised operation and those are two very different realities. But it may work for a better c-store chain the US that has corporate operated stores and executes consistently across all stores — like Quik Trip, Wawa, Sheetz, etc.

21 comments online as I write this, which seems all too appropriate because I see legal objections largely serving as a roadblock to this; and for once I think I would have to agree with them (or at least I’m more sympathetic to them than normal).

It can and no doubt will be argued that the beverages are capped, so it’s no different than a can or bottle, but I’m not sure how plausible that is; a better analogy would seem to be the fountain drinks which, I presume, are consumed in people’s cars … often in the parking lot.

Probably will work. Great margins. I think the test of success will be when we see 7-Eleven mandating the expense of adding additional square footage to accommodate the liquor annex. On a lighter note, and on the other hand, many husbands who habitually did not want yo make the trip for milk, may just find a new reason to do the shopping. Hic….

This is a slippery slope. Is there a limit on the number of beers or wine one can order? Can orders be refused if the customer appears under age or intoxicated? Who checks mandatory age for purchases? Who determines intoxication? The cashier? Will there be security in store is things get a bit rowdy? Will shots of tequila be next to complement beer and nachos? Just wondering.

If anyone knows what’s going to appeal to their customers, its convenience stores. In some communities the local 7-Eleven is already a social gathering spot, so, why not take it to the next level. Customers already linger outside their doors with food and drinks. Now, they will have a place to sit inside (and probably buy more stuff). Clearly, this is not a strong proposition for long-haul drivers stopping off for a break but neighborhood locals could find it refreshing. Either way, I’m betting other convenience stores will take a wait-and-see approach before jumping on this wagon.