Will investors sleep on Casper’s IPO? 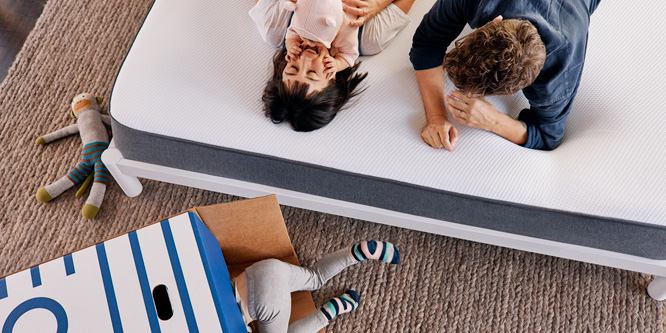 Direct-to-consumer mattress brand Casper has made its mark with customers. Now it is trying its luck with investors.

Casper announced plans to raise up to $182.4 million in its IPO, according to CNBC. The stock will sell at between $17 and $19 per share, with a top-end valuation of $768.2 million, well below the $1.1 billion the company was valued at in March following its last round of funding.

While Casper is primarily known as an online business, it has been slowly but surely leveraging brick-and-mortar in keeping with emerging wisdom throughout the direct-to-consumer space about the need for a physical presence.

The chain has launched pop-ups such as “The Dreamery,” an experiential mattress try-out lounge opened in 2018 in Manhattan where customers could book time for a nap.

Casper has also launched and expanded its permanent full store footprint throughout the U.S., with its current store count now reaching 60, according to Citylab.

The chain has partnered with major retailers, as well. As far back as 2014, Casper had built a relationship with furniture and décor retailer West Elm, and its products are sold by Target and Costco. Target is one of the major investors in Casper’s IPO, according to the CNBC article.

Other online players in the booming mattress startup space have taken different approaches to expand beyond the web. Startup Tuft & Needle, for instance, announced its merger with classic mattress brand Serta Simmons in 2018.

Casper is not alone among mattress startups in pursuing an IPO. Purple went public in February of 2018 as part of a merger with special purpose acquisition company Global Partner Acquisition Corp. Purple’s stock was trading at around $11 at the time this article was written.

DISCUSSION QUESTIONS: What can a company in Casper’s position hope to gain by going public? Is Casper differentiated enough against competitors like Purple and Tuft & Needle to achieve sustainable growth?

Please practice The RetailWire Golden Rule when submitting your comments.
Braintrust
"There are 175 different online mattress companies out there at the moment – while Casper is top-of-mind for some people, it comes at a cost."

"As my buddy Scott Galloway has said Casper would be better off if they sent a mattress to everybody for free stuffed with $300."

"I don’t understand how Casper doesn’t have higher net margins. Mattresses have the highest margin of any product I know of."

15 Comments on "Will investors sleep on Casper’s IPO?"

Casper has done a lot right so far, but the real challenge lies ahead. After the litany of failed IPOs from the likes of WeWork and others, investors are looking for stronger profit signals. It’s not good enough to drive top line revenue, Casper will need to prove it can make money, even if it has to slow top line growth. Casper has a niche but as the sleep category gets even more crowded, I suspect it will be harder to differentiate. And let’s not forget the countless other retailers who were already successfully selling mattresses before Casper and the other new disruptors showed up.

What does any company gain by going public? Working capital to grow and a significant amount of unwanted scrutiny and pressure from the stock market.

Bob, you nailed it! I always review previous comments before writing my own, and there is no need for me to add after seeing yours here… Well said.

I listened to a story a few weeks ago about the amount of write offs Casper has when customers decide to return the mattress if they don’t want it after they have tested it. Those mattresses cannot be resold or reused and have to be disposed of. I think that is problem with any of the manufacturers that offer that kind of trial. It is a large amount of money to ignore.

I had a BeautyRest mattress that I had to return back to Haverty’s some months ago. From what I gathered from others, the mattress that had been returned can be resold. I’m curious why Casper isn’t like this — I’m also curious how to enable a pickup of a mattress that, when it came, was half the size as it is once expanded. Supply chain woes!

The laws definitely have changed in the past 20 years. Back when I was in the furniture business you could not re-sell them. Now you can. But the reverse logistics on “bed in a box” seem oddly complicated.

Having said all that, I don’t understand how Casper doesn’t have higher net margins. Mattresses have the highest margin of any product I know of. I have said many times, “It’s really hard to lose money selling mattresses.”

Different, different, different. And profitable. Casper needs to prove it offers a unique value proposition in the market, especially as it extends its reach to a larger market in more categories. As the blown foam mattress competitors continues to grow (and prices fall), Casper will have to stay in front of their competitors in this category and make money. This is a difficult goal for any company, but especially one where the barriers to entry are low, competitors are increasing, and profits are falling. Only time will tell how investors respond to Casper’s IPO.

Unicorns like Casper (startups valued at greater than $1 billion in market capitalization) are very often still unprofitable and have fallen out of favor with venture capitalists. These angel investors are the traditional working capital life-blood of startups. With that funding drying up, companies are forced to IPO to generate that working capital. Recent SEC changes make it easier for smaller IPOs to go direct to investors and skip many of the rigors of the traditional IPO involving investment banks and advisers. This will most likely increase the amount of IPO activity from smaller firms seeking capital to survive.

I don’t expect this IPO to go well for new investors. Yes, Casper gets working capital, but the mattress market (or sleep space if we want to more broadly define it) is so saturated and the barriers to entry are low.

As my buddy Scott Galloway has said Casper would be better off if they sent a mattress to everybody for free stuffed with $300. The numbers just aren’t there and I expect investors will leave them cold. I love their store design, I love the idea but clearly people are taking advantage of their returning mattresses for free – as I predicted they would around colleges. And the profit of “bed in a box” just isn’t there.

There are 175 different online mattress companies out there at the moment – while Casper is top-of-mind for some people, it comes at a cost – and for 2019, it came in at around $100 million in losses for the company. Why would an investor go here when they could invest in Purple which has showed profitable quarters in 2019?

The mattress market in the U.S. is growing at 0.9 percent. Certainly the idea for Casper and others is to use mattresses as a platform for other sleeping products. But…!

I don’t know Casper’s financials, but I do know from experience how being a public company is different from not being public, and it isn’t pretty.

Casper is a truly innovative company in an industry fraught with aggressive sales people and loud 50 percent-off sales every week. Despite the industry inefficiencies and consumer pain points, Casper needs to and is out to change consumer behavior, and that is very difficult to do. I suspect the initial excitement will recede and the reality of rising operational costs and slower than desired adoption will be unavoidable in the current iteration.

Mattresses as a product category is not attractive. True innovation would have been some sort of subscription model (backed by strong R&D that demonstrates it necessity to begin with) which swaps out mattresses every three years, sells pillows and accessories, and gives customers reasons to come back more often.

In absence of a sustainable model, this is just an exit play for early investors. Retail investors should stay away.

I am a bit concerned about the solidity of Casper’s IPO. They openly state that they “heavily rely” on influencer marketing to increase their brand awareness/recognition. This has to be concerning to the standard investor.

They appear to be aligned with an influencer campaign as opposed to a substance campaign to promote their products. There is nothing wrong with maximizing your ad revenue spend, however, when you are over-leveraged into one specific channel, you are vulnerable to market fluctuations.

Braintrust
"There are 175 different online mattress companies out there at the moment – while Casper is top-of-mind for some people, it comes at a cost."

"As my buddy Scott Galloway has said Casper would be better off if they sent a mattress to everybody for free stuffed with $300."

"I don’t understand how Casper doesn’t have higher net margins. Mattresses have the highest margin of any product I know of."