Will Sam’s Club customers be okay with paying a higher membership fee? 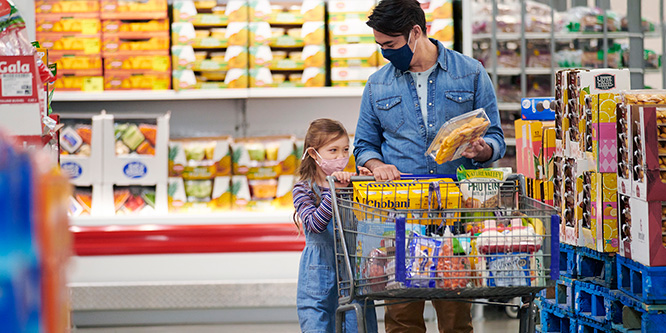 Sam’s Club is increasing the price of its annual membership options for the first time in nine years. The increase comes at a time when the chain’s sales have been on the upswing as members turn to the warehouse stores to save money at a time of high inflation.

“Club” members will see their annual subscription fee increase from $45 to $50 and “Plus” members will pay $110, up from $100, as of Oct. 17. Sam’s is looking to take the sting out of any increase by reimbursing members for the upcharge in the form of Sam’s Cash that can be used to purchase products in the chain’s clubs.

Ciara Anfield, chief member and marketing officer, said Sam’s was increasing its fees as part of an acknowledgment that its memberships are more valuable in light of improvements it has made, including upgrading the quality of products it sells, investments in curbside pickup and same-day delivery and the option to use Scan & Go self-checkout technology in its clubs.

Ms. Anfield, in an interview with CNBC, likened Sam’s actions to a homeowner who has made improvements to their home.

“There’s an expectation that after you invest in this home, it will be worth more,” she said. “We’ve made investments and we believe our proposition, our membership is now worth more.”

Costco, which has traditionally raised its membership fees every five-and-a-half years, has given no indication that it plans to do so soon. The retailer is expected to next report its quarterly and full-year earnings on Sept. 22.

Bob Nelson, Costco senior vice president, finance and investor relations, in May told analysts on the chain’s earnings call that those discussions were taking place among the company’s executive leadership, but no action was being taken.

“Given the current macro environment, the historically high inflation, and the burden it’s having on our members and all consumers in general, we think increasing our membership fee today ahead of our typical timing is not the right time,” Mr. Nelson said at the time.

BJ’s Wholesale Club, a smaller competitor to Costco and Sam’s, charges $55 a year for its “Inner Circle Membership” and $110 for its “Perk Rewards” and “Business” memberships.

DISCUSSION QUESTIONS: Do you think Sam’s Club members are open to paying more for their memberships at this point in time? Do you expect Costco and BJ’s to follow with their own increases, or will they see an advantage in putting it off for the time being?

Please practice The RetailWire Golden Rule when submitting your comments.
Braintrust
"Not a problem – a small increase compared to potential savings. Hasn’t hurt others in the past."

"I don’t expect any resistance to a $10 increase. You can save that much in week just buying gas at a Sam’s location."

"I don’t think it is a good time right now. There are competitors waiting to scoop up their customers. Don’t give customers a reason to leave."

13 Comments on "Will Sam’s Club customers be okay with paying a higher membership fee?"

Yes, I believe Sam’s Club members will take this modest increase in stride. Warehouse shoppers are loyal and so a modest increase in membership fees will not likely encourage them to switch. Costco and BJ’s will be watching this first move closely, and I wouldn’t be surprised to see them follow suit.

Not a problem – a small increase compared to potential savings. Hasn’t hurt others in the past.

Occasional Sam’s Club shoppers might take a second look at the price increase but loyal customers will pay the five bucks. Especially when the deals inside save them money each visit.

Members will pay it, and it will make Sam’s Club money, but I think a more inspiring message would have been to hold the line on member fees, acting as advocates for their valuable members when things are a little bit tough for some of them. The company could certainly afford to do that.

Sam’s Club can definitely get away with this. Everyday members write app reviews about how much they appreciate the club – and it takes a lot more effort to stop and leave a positive review than a negative one. In the last 90 days, over 1,500 positive reviews talk about how much time shopping at Sam’s Club saves because of its “scan and go” technology that lets shoppers check themselves out. Until Costco develops this for its app, it cannot raise its membership price without further increasing its member churn risk to Costco. “Sam’s Club” is already a top keyword in app reviews as reviewers say they will leave Costco for Sam’s Club because of the poor app experience that does not save them any time. If you have been in any of these clubs on a Saturday morning, you can imagine how much this feature matters to members paying for the shopping experience.

In terms of value they could have matched Costco, except the optics of a 20 percent increase would make people hesitate.

I don’t think this will be an issue. Loyal customers will still see the value of being part of the club.

It’s a minimal increase and still offers basic membership at a lower cost than Costco or BJ’s, although I would expect the competition to likely follow suit and raise their membership prices.

What do you think? The increase comes at a time when the chain’s sales and customers have been on the upswing, with members turning to the warehouse stores to save money at a time like this. I don’t think it is a good time right now. There are competitors waiting to scoop up their customers. Don’t give customers a reason to leave.

I don’t expect any resistance to a $10 increase. You can save that much in week just buying gas at a Sam’s location. I expect both Costco and BJ’s will wait to see what if any impact the increase has on Sam’s traffic and revenue and then make a decision.

All three sell fuel. I don’t see many people willing to give up the saving from buying it there vs the street for a 10% increase in membership cost.

Sam’s Club members will be okay with the increase. No one likes an increase, but when you consider it’s been 9 years, they’ve increased the value of the membership through their products and services, and the current macro environment, the membership base will be very understanding for the most part. At J.D. Power, our research shows that consumers judge price based on the value for the products and services received. As long as Sam’s Club continues to deliver on that for their customers, they will be able to continue to raise the membership fee over time with little negative reaction from their base.

Some are, some aren’t … the fee is a small cost if you’re spending thousands of dollars there and if you aren’t, then Sam’s Club likely isn’t overly interested in you (or you them, it would seem!)

As for aping the competition, it could go two ways: either, or both, could simply match it, or try to gain favor by making a point of notmatching it … at least for now.

I don’t think a 10% increase is going to have a material impact on number of members. Of course Costco and BJs will be watching. Wouldn’t surprise me to see Sam’s follow suit, but I’d predict Costco stays where they are for now.

Braintrust
"Not a problem – a small increase compared to potential savings. Hasn’t hurt others in the past."

"I don’t expect any resistance to a $10 increase. You can save that much in week just buying gas at a Sam’s location."

"I don’t think it is a good time right now. There are competitors waiting to scoop up their customers. Don’t give customers a reason to leave."