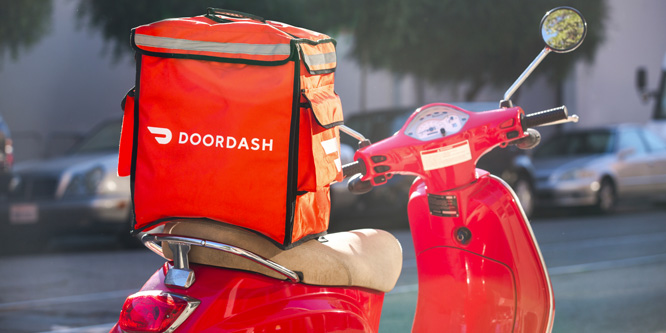 Same-day delivery service DoorDash recently announced the layoff of 1,250 corporate workers, raising questions as to whether this is a result of a company in trouble, a contracting vertical, an impending recession or elements of two or three of the above.

Tony Xu, DoorDash CEO, on November 30 publicly announced the layoffs in a release posted on the DoorDash corporate website. In it, Mr. Xu said that the company had initially been undersized but scaled dramatically during the pandemic, due to the unprecedented demand for delivery services from locked-down shoppers. He confessed to having failed to manage operational expenditures while scaling the business, increasing hires and launching new initiatives. He also cited tapering growth as the pandemic has waned.

Mr. Xu announced some compensation for those subject to layoffs, including 13 weeks of pay, plus a one-month lump sum of severance, healthcare through March 31, 2023 and the chance to appear in a directory for other companies recruiting for new positions.

Just a few months ago DoorDash was still focusing on expansion, announcing a number of new retail partnerships in September of 2022. In addition to its existing agreements with grocers like Walmart and Albertsons, the company began delivering products across categories from Sprouts Farmers Markets, EG America, Big Lots, Dick’s Sporting Goods, Giant Eagle, Weis Markets and The Raley’s Company.

The personnel shakeup at DoorDash comes as a number of major U.S. businesses across verticals have likewise undertaken major layoffs.

Tech companies such as Meta (formerly Facebook), Salesforce, Twitter and Shopify, e-tailers such as Amazon and Wayfair, and brick-and-mortar retailers such as Gap and 7-Eleven are but a few of the names a recent Business Insider article reports as having made significant recent staff cuts. Besides DoorDash, others in the same-day delivery space, such as ultra-fast delivery startup GoPuff, have also undergone a recent round of layoffs.

DoorDash was described as being defined by volatility in a recent article on The Motley Fool, which pointed out that the company had struggled to reach profitability in the two years since its initial public offering.

DISCUSSION QUESTIONS: Are the layoffs at DoorDash a sign of things to come for delivery companies or are they commensurate with changes in the broader retailing market? Where do you see the same-day delivery industry going in 2023?

Please practice The RetailWire Golden Rule when submitting your comments.
Braintrust
"As with any service or offering, scaling too quickly in order to meet demand has consequences."

"Price elasticity reality eventually sets in and the delivery business is going to decline."

"They made a bet early on and hired a lot of labor to support something that just isn’t making the sales it was expected to make."

21 Comments on "Do DoorDash layoffs signal tough times ahead for same-day delivery services?"

The convenience of same-day home delivery is a permanent fixture in our daily lives. But that doesn’t mean that it’s a sustainable business, and this announcement by DoorDash is an example. No matter how much market demand there is, ultimately a business must be profitable to sustain itself. Same-day delivery isn’t going anywhere, but the industry is in for a shakeout and we’re starting to see that now.

I think you’ve summed up the paradox perfectly: people (think) they can’t live without it, but the employees can’t live with it. So which is going to give way first?

In a word, yes. The problem with fast delivery is that, in the vast majority of cases, it simply isn’t profitable. To some extent this was excusable when sales were growing rapidly. However now that the market is exhibiting slower growth, a lot of business models are under increasing pressure and investors are more skeptical and demanding around the return on capital. I am not sure cutting alone will square the circle, but it’s a necessary first step.

Great points Neil! The fast delivery model needs adjustments to make it profitable. Part of the problem is consumers’ expectations for free delivery driven by the Amazon model. Grocery delivery is a labor intensive process and the pricing model should reflect the actual costs.

As the economy, and customer behavior, shift back to a more steady-state condition, it was inevitable that the the extreme circumstances caused by the pandemic would experience an adjustment. As Mr. Xu suggests, this is probably a temporary blip as the company’s growth adapts accordingly. While people love to shop, I fully believe that customers look for increasing ease and convenience — including delivery and other fulfillment options.

Turns out that growth at any cost ultimately comes with a cost. Cash flow and profitability come to the table sooner or later. And when they take their seat they insist upon being served.

Same-day service has become a standard benchmark for consumers. We have been spoiled. The challenge for the retailer has always been the same — it has never been profitable and now DoorDash employees have to pay the price.

As with any service or offering, scaling too quickly in order to meet demand has consequences. The long-term impact on cost is the same situation with free returns — in the end, someone has to pay.

While DoorDash was smart to add retail partners (not just restaurants) to its service, it’s fighting a couple of headwinds and paying the price. First, “instant” home delivery services are suffering a post-pandemic hangover just like Peleton and streaming services — people are going back to the gym and in-person dining.

Second, consumers are savvy about those escalating delivery fees in the face of inflationary pressure. If I can drive 10 minutes to pick up a curbside order (for free), or simply dine in, why do I need DoorDash and its competitors?

When fast delivery options first started, I never understood how it could be a profitable business model. Then with the pandemic, I rethought it. I came to the same conclusion.

I’ve written about Q-commerce (quick delivery in 15 minutes or less) and how it’s completely unsustainable from a long term profit standpoint. Same-day delivery can be profitable and, I argue, will remain a fixture in our lives, but this doesn’t mean delivery companies can ignore their P&Ls, regardless of whatever growth phase they’re experiencing. The pandemic birthed incredible growth for delivery companies like DoorDash and Instacart. These organizations were more interested in scaling their model vs. monitoring profit, primarily for valuation purposes. When this occurs, stakeholders seemingly are OK with giving a hall pass to losses, but when that growth turns into an inverted hockey stick, cash and profit have a rude wake up call.

In general, it is hard to make this service profitable. They made a bet early on and hired a lot of labor to support something that just isn’t making the sales it was expected to make.

A comparison of the all-in price (various fees and tips) of a meal at McDonald’s versus getting it delivered via delivery service like DoorDash is telling. A near 100 percent differential over dining-in price yet remaining unprofitable indicates a broken business model and not a structural problem in the overall retailing landscape.

The DoorDash layoffs represent two things: A company that hired quickly against a presumed “COVID all the time” market (which did not happen) AND a company offering a service that is convenient however not necessary, and at a price point that is not connected to the reality of what many people are willing to pay. The price does not match the perceived value, signaling trouble. Same-day delivery will “be a thing” but the thing it will be is a niche thing, not an always thing.

Rapid same-day delivery provided a valuable convenience to many during the pandemic, even while operating unprofitably. Now with inflation taking a greater bite out of monthly food shopping and an economic slowdown looming, consumers are becoming more discretionary. Tough time to be running a business seen as a convenient luxury. These operational cuts were likely due one year ago.

DoorDash’t planned restructuring and layoffs represent the challenges of scaling up too fast. The digital acceleration associated with the pandemic was not sustainable, and now the tech company layoffs should not come as a surprise as we are in a corrective cycle. As we all recognize, same-day and fast delivery capabilities are ultimately a losing sum game that is a highly unprofitable operating model for retailers and brands.

While layoffs and cost-cutting strategies may lead to a short-term availability of working capital, DoorDash’s long-term success depends on how the company adjusts its operating model to be more profitable and efficient while providing outstanding customer experiences. As tech companies shift their strategies, it’s crucial for them to set up strategies that are scalable, sustainable, and profitable. As we have seen, the short team gains of ramping up same-day delivery capabilities have led to this moment.

DoorDash was growing fast even pre-covid. The pandemic fueled even more demand. Which mean that unlike many businesses that start to plateau once they get to a certain size, DoorDash continued to rise. They increased revenue by 69% in 2021 to $4.88B. So it’s not surprising they ended up with some over-hiring. Getting the balance right is difficult, even in more stable markets, as evidenced by recent layoffs at the likes of Salesforce and Amazon. I don’t see this as a reflection on retail as much as a right sizing of their business based on a more mature, lower, growth rate. There are still plenty of retailers looking to add a same-day delivery options to their portfolio of offerings over the next two years.

Yes — DoorDash at least for order/food delivery (which is the bread and butter of this business) from a consumer standpoint has become too expensive relative to local ordering and pick up. Price elasticity reality eventually sets in and the delivery business is going to decline.

It may well be (simply) reflective of broader economic trends, but that shouldn’t stop us from facing the fact that the whole online delivery sector seems to make little sense financially; it’s been around for decades, of course, but it was manned … er personned by teenagers needing a few bucks or family members helping out in their restaurants. The idea that it can be scaled up into an industry that provides living wages is one I’m had trouble signing onto. In short, even after the economy is on calm seas again, I think delivery will still be on choppy waters.

It’s not very uncommon for companies to restructure their operational framework, especially when they are in their growth phase. Layoffs cannot always be taken negatively, sometimes companies are compelled to take such steps to hit the right balance. Additionally, I believe, almost every retailer is trying to offer same-day delivery services for their customers. Therefore, delivery companies like DoorDash are here to stay.

Braintrust
"As with any service or offering, scaling too quickly in order to meet demand has consequences."

"Price elasticity reality eventually sets in and the delivery business is going to decline."

"They made a bet early on and hired a lot of labor to support something that just isn’t making the sales it was expected to make."