Does Walmart+ need a video streaming deal to compete with Amazon Prime? 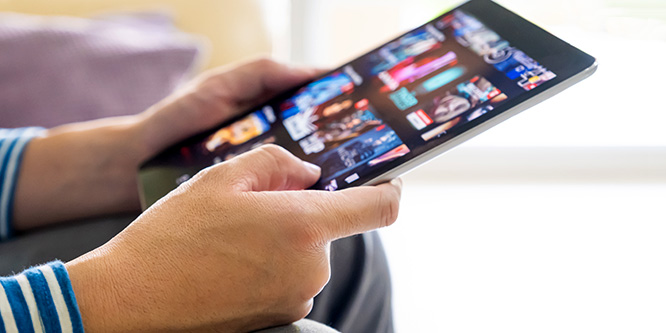 Walmart is looking to add video streaming as a perk for joining its Walmart+ subscription plan, according to numerous reports.

The retailer in recent weeks has held talks with executives at Comcast, Disney and Paramount as it assesses what types of programming would be best received by its subscribers.

It is unclear what level of interest the streaming companies would have in such a relationship. Comcast owns Peacock, Disney offers Disney+, ESPN+ and Hulu, and Paramount operates Paramount+ and Showtime.

Walmart+ memberships, which cost  $98 annually or $12.95 monthly, offer free same- and next-day delivery of groceries and other products from local stores. Subscribers also get free shipping from Walmart fulfillment centers with no order minimum.

Members can fill up with discounted fuel at Walmart, Murphy Oil, Exxon and Mobil stations. They also gain access to Sam’s Club pumps and pricing at clubs. Walmart+ members use the retailer’s mobile app to access Scan & Go for contact-free checkouts when shopping in the chain’s stores.

Walmart has added a free six-month Spotify trial membership as a recruitment tool. Last month it announced that Walmart+ members could gain access to its InHome delivery service for an extra $40 per year or $7 a month added to their subscription plan. InHome members, who pay $148 a year for the service, can now become Walmart+ members and get the service for $138.

The retailer’s interest in adding a streaming service or services to its Walmart+ plan is a clear response to rival Amazon.com, which offers free Prime Video as part of its $139 annual subscription plan and $14.99 monthly option.

Walmart’s talks with Comcast, Disney and Paramount are not the first time that it has looked at streaming as a means to gain market share. The retailer acquired Vudu in 2010 and sold it a decade later to Fandango.

The retailer has also developed a relationship with the Roku streaming platform service. The two companies in June announced a shoppable ad deal.

DISCUSSION QUESTIONS: Is a video streaming deal what Walmart+ needs to compete with Amazon Prime? Will the fact that Walmart does not have a programming service of its own like Amazon be a competitive plus or minus in this scenario?

Please practice The RetailWire Golden Rule when submitting your comments.
Braintrust
"I don’t think consumers would be interested enough in yet another streaming service enough to do much to move the needle on Walmart+ membership sales."

"Well, it’d be fine if they offered an existing service, but to build their own? I think that ship has sailed. A deal with — maybe Disney — would be the best idea."

"The biggest challenge for attracting Walmart+ subscribers is that the Walmart Marketplace isn’t on par with the Amazon marketplace."

12 Comments on "Does Walmart+ need a video streaming deal to compete with Amazon Prime?"

Amazon Prime is a holistic ecosystem that does well beyond free delivery. People use it for multiple reasons, which maximizes penetration, and the wide array of benefits aids retention. Walmart+ is more one-dimensional and I have always maintained that Walmart needs to add more bells and whistles to boost membership and secure retention – even more so now that consumers are hard pressed and are looking to maximize value. That said, streaming is nice but Walmart needs to think more creatively rather than just copy what is already being done by others.

Walmart has already tried this, and they decided to get out of the video business some years later. I understand this is meant to be on par with Amazon and to sell products through Walmart+, but it is not needed. I had a conversation with friends on this very topic last night, and their response was that it’s not necessary – there is a Walmart in close proximity to homes and there is no need to order something that you can go get in about 5 minutes. Plus there are way too many streaming services as it is now.

Effective strategy is not based on “what’s the other guy doing?” It’s based on “what resources do we have or can we get, and how do we best deliver value?” Amazon’s enormous server farms and database technology prowess makes content streaming a reasonable use of powerful resources. Walmart’s strengths, while prodigious, have historically been in logistics, inventory management, and vendor management. It is not easy to see how this lends itself easily to a streaming service model.

I’ve been massively impressed with Walmart+. I recently started using it after I got a bit fed up with their rival’s huge out-of-stock issues. The experience, in many ways, is better than their competition, including Amazon. But — I do watch a fair bit of Prime Video. It helps that I have an Alexa TV.

I think a video service with a broad enough assortment of titles would be an interesting offer for Walmart. That said, I also think their opportunity for this passed a while ago. Amazon, Hulu, Netflix — at this point, I don’t think consumers would be interested enough in yet another streaming service enough to do much to move the needle on Walmart+ membership sales.

Well, it’d be fine if they offered an existing service, but to build their own? I think that ship has sailed. A deal with — maybe Disney — would be the best idea.

Adding video streaming services to Walmart+ wouldn’t hurt, but it is a “me too” strategy that copies Amazon Prime. The biggest challenge for attracting Walmart+ subscribers is that the Walmart Marketplace isn’t on par with the Amazon marketplace. It is time for Walmart to come up with an innovative new service not offered by Amazon.

When you sit down to the poker table, the one thing you must do is throw in your ante. In other words, you must get into the game to win. No free rides. One option is the only one: if you play — you get involved. Ante up.

Yes, yes, yes! Walmart needs to model itself after Amazon Prime to get a true portion of the market. Otherwise, why would anyone want to purchase a Walmart+ membership for just a few dollars less? Amazon gives you free two-day shipping, plus Amazon Prime Video, plus access to all of its electronic devices, Kindle books, etc.

Yes, that’s what we need, yet another streaming service. Since Walmart won’t be producing any content, it will only get content that’s already available elsewhere on Netflix and other services. It’s completely redundant. Amazon at least acquires original content for its service.

And as has been noted, Walmart tried this experiment before, both with streaming and DVDs. Both were a failure. Why does it think this time will be any different?

It would be interesting, and another player in the streaming pot. Now if they can pull off a deal with Netflix, Hulu, Disney and Paramount — they would corner the market. Without its own studio, it won’t matter much so long as the partnerships are well known, but the relationships will be costlier. It also doesn’t matter if they’re a follower here, it’s still accretive to Walmart+ and it diminishes any special features that rivals offer.

Subscription fatigue is real — just look at the recent earnings reports of streaming providers — therefore, Walmart would be solving a problem for consumers by bundling an existing service with its two-day shipping and grocery delivery and pick up perks. Timing is everything. Yes, video rental failed in 2005. Was video rental really solving a problem though? Walmart+ with streaming entertainment would consolidate costs for the following: 2-day delivery on a marketplace of products (Amazon’s core service) Grocery delivery/pickup services on low-cost groceries (something Amazon cannot offer until it scales Amazon Fresh to more locations) Entertainment for the whole family if, let’s say, the deal went through with Disney The news of any future entertainment partnership would land right now because more families are evaluating where to cut costs. All it would take is families realizing that Amazon Prime Video is NOT their sole source of entertainment (which I would be curious to see data on) and that Walmart+ offers more convenient and cheap grocery solutions for the switch to be compelling. Prior to… Read more »
4
|
0
-   Share

Walmart used to own its own streaming service, Vudu, and was not successful. I think aligning with an already solid partner is a smart move. It positions its membership with similar benefits to Amazon, who offers Prime Video. They’re very focused on competing against Amazon, but hopefully they also consider more innovation versus matching in future strategies.

Braintrust
"I don’t think consumers would be interested enough in yet another streaming service enough to do much to move the needle on Walmart+ membership sales."

"Well, it’d be fine if they offered an existing service, but to build their own? I think that ship has sailed. A deal with — maybe Disney — would be the best idea."

"The biggest challenge for attracting Walmart+ subscribers is that the Walmart Marketplace isn’t on par with the Amazon marketplace."