Gap Inc.’s CEO steps down. What comes next? 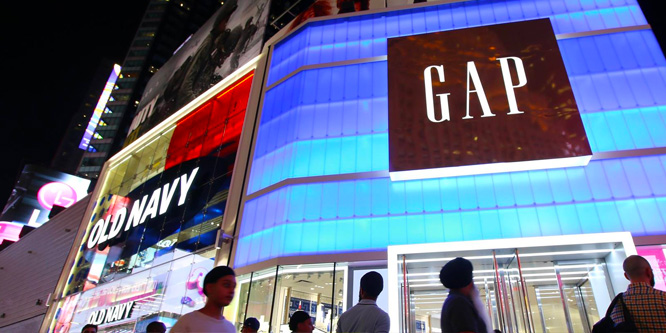 Art Peck is out as president and CEO of Gap Inc. The company’s board made the announcement after its three major chains — Banana Republic, Gap and Old Navy — all posted declines in same-store sales during the third quarter. It also lowered its forecast for the year after citing slower foot traffic and “product and operating challenges across key brands.”

Hopes ran high when Mr. Peck took over as CEO of the company from Glen Murphy in 2015. Under Mr. Murphy, Gap enjoyed a six-year compounded annual growth rate on earnings per share of 17 percent, despite the challenges associated with operating the business during and after the Great Recession. Mr. Peck seemed the ideal pick to move into the top spot after serving as president of Gap’s growth, innovation and digital division.

Under Mr. Peck, Gap has invested heavily in technology to advance its digital operations and omnichannel capabilities. The company has also closed hundreds of underperforming stores, rolled out its Bright Rewards program on a national basis and announced plans to spin off Old Navy some time in 2020.

“Under Art’s tenure as CEO, we have made progress investing in capabilities that bode well for the future, such as expanding the omni-channel customer experience and building our digital capabilities,” said Robert Fisher, Gap’s non-executive chairman of the board, who will serve as interim president and CEO of the company while it engages in a search for a new chief executive.

DISCUSSION QUESTIONS: Where do you see the greatest challenges facing Gap in the current environment? What type of leader do you think is needed to put Gap Inc. back on the right footing?

Please practice The RetailWire Golden Rule when submitting your comments.
Braintrust
"Operational excellence is not what's going to bring Gap back from its current moribund state. The company needs a MERCHANT."

15 Comments on "Gap Inc.’s CEO steps down. What comes next?"

“Operational excellence” appears to be the Gap board’s hiring goal, and operations appear to have been Mr. Peck’s focus based on George’s commentary. (Technology, store closures, and so forth.) But how about product development and brand management? A store heavily focused on brick-and-mortar locations (mostly mall-based) can’t make it without recapturing some of the relevance and product pizzazz that made The Gap great in the first place.

Mr. Peck did a lot right over his 15 years with Gap Inc. However when people fall out of love with your brand, it can’t be easily fixed by improving processes, your online presence or by splitting brands apart for stock price reasons. Gap needs a leader who can find the magic in the brand again. To win the hearts and minds of today’s consumers. To find the magic. It won’t be easy and it may require a complete transformation. In fashion, it has to start with the merchandise. I wish the new leader all the best, it won’t be easy.

When external change occurs at a higher rate than within the organization, a strategic disconnect takes place. The longer and deeper the disconnect, the greater the crisis and the need for extraordinary and urgent action. Mr. Peck’s departure is symptomatic of a long journey of inadequate responses to a fast-changing operating environment and consumer expectations.

The next leader must focus on top line growth and operational efficiencies simultaneously with refocused and relevant branding while creating an operationally efficient power house. This Herculean task is made so, not for lack of past efforts and actions but for their inadequacies in view of the highly dynamic business environment. Gap is a truly iconic brand in search of the kind of future it deserves – more, much more than what we’ve seen lately.

Missing in this excerpt is the fact Gap lost 20 percent of their profit during his tenure and sales barely budged. It’s not as bad as what Ron Johnson did to JCP but his constant emphasis on discounting what once were premium brands has left the ship rudderless. Weekly discounts are simply a going out of business sale on layaway. I say his departure was way overdue. It is time to look outside to fresh blood and a young mindset if the brand ever hopes to be relevant for anything more than 40 percent off.

Gap has made great progress in its operations, including digital. But Gap – especially Old Navy and Banana Republic – were built through effective marketing. Rebuilding its marketing prowess is where the company needs to focus. Excellence in operations only pays off if customers are coming in, and Gap has lost its mojo with core shoppers.

The focus “on strong leadership candidates with operational excellence to drive greater efficiency, speed and profitability” is actually the problem. No mention of the product. Very sad.

Operational excellence is not what’s going to bring Gap back from its current moribund state. The company needs a MERCHANT. Look at the namesake chain’s website. Is there anything on there that says “special” or “unique” or “I sure couldn’t get that at Target?” No … sure, there is the scattered Gap logoed sweatshirts, but those are mostly a novelty now. And I’m also sure knock-offs are available.

It wasn’t rocket science to say “Gap has too many stores” and to pick the ones to close. And expense cutting and operational enhancements likely found low-hanging fruit that was ignored during the growth era. But I think that has played itself out.

It’s magic that will bring the brand back with some kind of signature look(s). So Gap needs a bit of magic.

Mr. Peck is a smart and good guy. I’m sure Mr. Murphy was, too. But a better top line will help cure Gap’s ills more than 50 percent off sales and finding the stray penny lying on the selling floor.

As we have seen countless times, closing nonperforming stores and cutting costs is a bridge to nowhere. Gap must create an investment plan that will ensure ROI with prompt and sustainable profits into the future. A vision for the company will not do here or help with problems like this. 21st century leadership must own a keen understanding of the chosen marketplace and where there are attainable opportunities that will realize growth at required profit levels. It is more necessary to find what is needed prior to whom.

Going forward, the ideal Gap strategy can be expressed in three words — Fix The Brands! It’s great that your grandfather wore Gap jeans to Woodstock, or that your mother dressed you in Old Navy clothes before you had any say in personal fashion expression because they were cheap, or that Banana Republic captured a slice of micro-chic for six months in the 1970s … but it’s not enough to turn things around. I don’t know Mr. Peck but I’m sure he is smart, and it sounds like he did a lot of badly needed block-and-tackling on the supply chain and technology fronts. That just wasn’t enough to resurrect the brand. Peck was like a worker spending all his labor and materials fixing a leaky roof on a house without doors. The rain couldn’t get in, but neither could anyone else.

They/he could have waited until January IMO, this makes me wonder if one of the parties had just had enough. In any case, I would highly recommend looking for someone who thinks like a digital native to lead this behemoth out of the muck; someone who acts quickly, fails fast and learns, moves to new things ASAP and considers what the customer wants ahead of cost (not the CFO). This is a big ship to turn around and it’s going to take some bold thinking to do that or I think you’re looking at a pretty dismal future for Gap Inc. More CEOs have transitioned out this year than any year in the last 50 years. It’s a bye bye Boomer moment in time.

According to data from Prosper Insight and Analytics, there is little to no growth for adults 18+ for Gap and Old Navy — they are stale concepts that aren’t growing. Gap is wedded to malls, Old Navy in strip shopping centers. Costs keep rising but their place in customer preference is not growing. The CEO bailed out of the ship at what appears to be just in time. It’s going to take more than just replacing the CEO to get this ship righted.

“Operational excellence is not a strategy.” – Michael Porter

It is a necessity, however.

All retailers need to stand for something in the hearts and minds of shoppers. Gap and its brands appear to have slid into the mediocre middle while the plumbing was being repaired.

I’m with Dick and Paula on this – put the merchants back in charge.

Let’s be frank, Gap’s real problem today is on the product and merchandising front, not operational excellence. If the CEO search is focused on operational excellence, then Gap needs a second search for a new creative director for product, new merchandising lead and, while we’re at it, how about a new chief merchant? These are the areas in which Gap continues to be deficient compared to other apparel brands. Processes are one thing, and while it’s great they are focused on making themselves more omnichannel-friendly, if you don’t have a product consumers want, optimizing processes won’t bring them into your store.

Braintrust
"Operational excellence is not what's going to bring Gap back from its current moribund state. The company needs a MERCHANT."