Is Harry’s on its way to joining the ranks of big CPG companies? 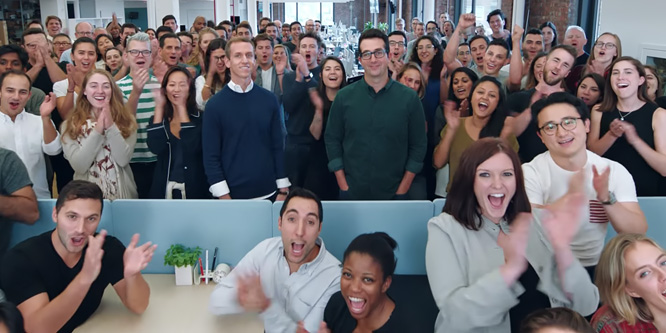 Harry’s, after seeing its acquisition by Edgewell fall apart just before the pandemic, raised $155 million in new funding with plans to build a suite of consumer packaged goods companies.

The funding, led by Bain Capital and Macquarie Capital, valued the hip direct-to-consumer men’s grooming brand at $1.7 billion, above the offer of $1.37 billion Edgewell, the parent of Schick and Wilkinson, had made in May 2019. Edgewell walked away from Harry’s in February 2020 after the Federal Trade Commission (FTC) sued to block the acquisition, arguing it would further the duopoly between Edgewell and Procter & Gamble, the parent of Gillette.

The increased valuation comes following a year in which Harry’s momentum continued, with revenues expanding 25 percent to $370 million in 2020. A heightened focus on hygiene during the pandemic helped the company’s soap and body care businesses.

The strong valuation was a relief to earlier venture investors. A sale to a large conglomerate had been seen as an exit strategy following Dollar Shave Club’s $1 billion sale to Unilever, and concerns over that path were heightened after the FTC late last year blocked P&G’s acquisition of women’s razor startup, Billie.

With the funding, Harry’s co-CEOs Jeff Raider and Andy Katz-Mayfield have more than $200 million in cash to acquire other emerging direct-to-consumer brands. They are already discussing a potential initial public offering.

“Jeff and Andy have real-world experience and think about the business like investors who create a portfolio of brands and opportunities,” Jeff Robinson, a managing director at Bain Capital, told Forbes.

Harry’s launched as a men’s shaver subscription service in 2013, scaled into body washes and deodorants, and reached Target, Walmart and Costco. The company launched the Flamingo women’s shave product in 2018, the Cat Person cat care brand in May 2020 and the Headquarters hair care brand this past January.

Speaking to Axios, Mr. Raider said Harry’s leadership was expected to oversee Edgewell’s entire North American business. The preparation process is helping Harry’s team transition to understanding how to leverage its own distribution and production network.

“We had expanded into other standalone brands on our own and were super excited about taking over their portfolio, but when the deal didn’t go through we still thought we had come up with compelling ideas,” said Mr. Raider.

DISCUSSION QUESTIONS: Is Harry’s Labs better positioned to take emerging DTC brands to the next level than big conglomerates? Do you agree Harry’s is fortunate that its Edgewell acquisition fell apart?

Please practice The RetailWire Golden Rule when submitting your comments.
Braintrust
"They could become the 'Shark Tank' for emerging brands that fit into a DTC strategy."

"They are a great example of the Bezos “your margin is my opportunity” thinking."

"They certainly know how to identify niches and launch brands, but scaling across multiple divisions and maintaining a pipeline of new offerings could be a challenge."

16 Comments on "Is Harry’s on its way to joining the ranks of big CPG companies?"

The problem with some big conglomerates is that their ethos and way of doing business is not always compatible with smaller startup brands, which need incubating rather than smothering. Given Harry’s background, they should be more attuned to helping emerging brands grow and, as they do, they will develop a valuable portfolio of business. The situation with Edgewell was challenging, however, it’s great to see Harry’s still has a lot of momentum and drive!

I do like that they continue to place value in innovation such as creating Flamingo. If they continue to fill out the category with new product lines they do have the potential to become a solid CPG brand.

Harry’s has absolutely demonstrated their legitimacy in offering products with a very high quality/value quotient. They are a great example of the Bezos “your margin is my opportunity” thinking. So if they can extend that thinking into additional product categories, I would predict a high degree of success.

There are a significant number of products that are really good but don’t have the wherewithal to scale. Harry’s has proved that they have a good formula to do so. They could become the “Shark Tank” for emerging brands that fit into a DTC strategy.

Definitely – and more so that big conglomerates are not as good at being hip and that’s what’s selling these products.

Yes, Harry’s is definitely on their way to becoming a formidable CPG brand beyond its traditional category. Their growth in emerging brands will become a recipe for success.

The successful DTC mindset and the traditional CPG mindset strike me as totally incompatible. They are completely different business models using different tools and resources.

That doesn’t exclude Harry’s from become a large consumer products company, with a large variety of products. But it requires that Harry’s understand their strengths (and weaknesses) vis-à-vis the siren song of being the next P&G or Unilever.

It is unclear if Harry’s will become as large as many of the largest consumer package goods companies are today. What is clear is that Harry’s is bringing a nimble, entrepreneur–like behavior into an industry that traditionally has not had such competitors. As long as Harry’s leverages that winning formula, they should see success in the direct-to-consumer market as well as using that market as a platform to enter traditional grocery and mass channels.

The main competitive advantage of a DTC company such as Harry’s is that every single strategy has been executed around the customer experience. This digital-first mentality and meeting the customer where they are and on their terms differentiates a DTC brand from a big CPG company.

Harry’s and other DTC brands could potentially join the ranks of the larger CPG brands. However it will be imperative for Harry’s not to lose the customer-first DNA and strategies that made them the unique brand that disrupted the men’s shaving category with their subscription service model.

I would say, not getting acquired by Edgewell was actually a close shave for Harry’s. Harry’s is still a relative start-up in the CPG world, unencumbered by the elaborate processes larger CPG companies force upon themselves that make them less nimble and less likely to come up with breakthrough products. Harry’s has set a great example in the past by launching products that incorporated direct feedback from their customers through phone interviews. As more customers get accustomed to using Harry’s products at Costco, Target, and Walmart, it will help them drive more subscriptions online and further their ability to innovate. In the next five to seven years they will be a force to reckon with in the CPG industry.

Harry’s has the formula. They know how to go DTC. This is exactly what Amazon did when they moved from books to everything else. I predict we’ll see other DTC retailers expanding to broader lines of merchandise as well.

As long as Harry’s stays focused on retail (and on making some money somewhere along the way — since profit in a start-up is as rare as a white whale these days) — they have a chance to pull this off. Contrary to the given logic, though, they have developed their brands and additions organically — from within. Success in that approach is no guarantee of success through acquisition. And that is, I think, the risk to the VC money. Can they acquire other companies and effectively create something far more by bringing them together? That IS the challenge.

They certainly know how to identify niches and launch brands, but scaling across multiple divisions and maintaining a pipeline of new offerings could be a challenge.

Harry’s has been a great disruptor in the men’s shave category. They identified a niche and exploited it well. As a matter of fact, so well that the big players in the category have responded with their own messaging focused on pricing and subscription models. When Harry’s first started men who were paying $30 a pop for a four blades were ripe for something new and innovative. Harry’s delivered. I think Harry’s has done a masterful job growing beyond inexpensive razors to build a great “alternative” brand across a number of health and beauty categories. But it’s a big leap from “alternative” to major CPG company. To do that they’ll need to earn significant market share in their other categories. Harry’s prices aren’t going to drive demand in those other categories like they did in shave. To really grow those categories they’ll need to make significant investments in marketing and product development. Harry’s has demonstrated that they are nimble and fast can disrupt markets. How far they can grow the brand will be really interesting… Read more »
2
|
0
-   Share

It isn’t that they are “better positioned” to take on emerging challenger brands. It’s that they have a better culture for integrating, nurturing, and growing an entrepreneurial brand than a big conglomerate does. It’s a mindset, not a market strategy. As to whether or not they are better off without Edgewell, it all depends on who you are talking about. The major shareholders would have done well from the acquisition, now they have to keep working. The brand, on the other hand, is without question much better sans Edgewell.

Brand extension or brand dilution … or is it just brand confusion? Hmmm….

While I’ll wish them well — or at least I’ve no reason to wish them ill — I can’t help but feel they’re entering an unhappy middle ground: no longer able to play up a maverick image or at least less and less able to do it legitimately, but not really able to compete against the big boys either; it’s long ways to catch up with $50B Unilever (and even farther to $80B P&G)

Braintrust
"They could become the 'Shark Tank' for emerging brands that fit into a DTC strategy."

"They are a great example of the Bezos “your margin is my opportunity” thinking."

"They certainly know how to identify niches and launch brands, but scaling across multiple divisions and maintaining a pipeline of new offerings could be a challenge."