Kroger walks away from Raleigh-Durham 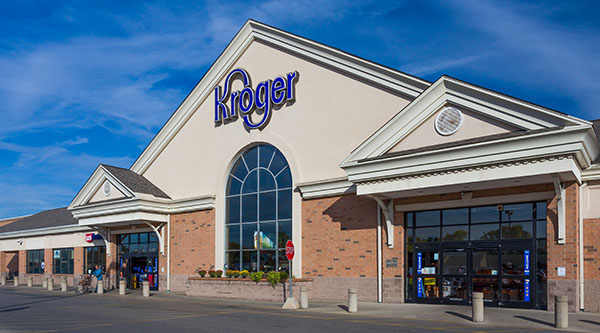 Kroger surprised many locals and retail observers with its announcement last week that it would exit the Raleigh-Durham market and sell its 14 stores in the region. The nation’s largest grocer blamed over-saturation in North Carolina’s Triangle region.

“After a thorough evaluation of the market for a significant time period, we have decided to close our stores in the highly competitive Raleigh-Durham market,” said Jerry Clontz, president of Kroger Co.’s mid-Atlantic division, in a statement. “While we have had some success, we have not been able to grow our business the way we would like in this market.”

Kroger entered the region in 1989.

Harris Teeter, acquired by Kroger in 2014, will take over eight of the locations. The two businesses operate separately under Kroger’s family of banners.

An article in The News & Observer indicated that Kroger was gaining market share in the region and ranked as the fourth-most-popular grocery store in Raleigh. But the gains may have been coming at the expense of margins.

Kroger reportedly faced challenges on the lower end from Walmart, Costco, B.J.s and newcomers such as Aldi and Lidl. Publix also recently entered the region. Meanwhile, locals such as Harris Teeter, Food Lion and Lowes Foods benefit from their North Carolina-heritage.

But he also believes Kroger “never really caught on” in the region and the primary reason wasn’t too many grocery stores.

“Who wouldn’t want to be in the market because we’re probably going to double in population over the next 30 to 40 years,” Mr. Walden told wral.com. The professor believes Harris Teeter with its longer heritage in area and slightly more upscale positioning has a better chance to compete.

In March, Kroger provided a weak outlook for the year due to expected margin pressures.  Rodney McMullen, chairman and CEO, told analysts at the time, “We’re not going to lose on price, but we’re not out there trying to lead the market down.”

DISCUSSION QUESTIONS: Why do you think Kroger left the Raleigh-Durham region? Does it seem to have been the right move? What’s the right and the wrong reason to exit a marketplace?

Please practice The RetailWire Golden Rule when submitting your comments.
Braintrust
"In fragmented markets it is better to establish one strong horse than to compete with yourself."

"What sad news to wake up to on Monday! I’m in Durham, NC and a loyal Kroger shopper. Their prices are so much better than Harris Teeter’s..."

"...this focused effort behind one brand is a welcome change for Harris Teeter and the Kroger effort in total."

11 Comments on "Kroger walks away from Raleigh-Durham"

I would have thought they’d either leave the market to Harris Teeter (as they’ve done with other acquisitions) or re-brand the entire chain. To have both in a market never seemed to make much sense. The biggest reason I’ve ever seen to NOT enter a market is because you (the chain) believe you’re special or offer something really different that you think people want. There is too little research done and too much groupthink in this process. Outsiders need to tell you your chain is different in a good way.

Because Harris Teeter is the stronger banner in the market and has the best chance to compete successfully with a Publix/Wegmans challenge. In fragmented markets it is better to establish one strong horse than to compete with yourself.

It’s a simple economic decision. In the hyper-competitive grocery market it is wise to pick the battles you can win and focus your resources. As Kenny Rogers said, “you’ve got to know when to hold ’em and know when to fold ’em.” This is a market that Kroger should fold in.

Kroger has a bit of a personality problem. Its stores are variable — some are in a reasonable state, others are bordering on dire. Its brand doesn’t have a clear position. And its proposition is unfocused and lacks a distinct point of view. This makes it difficult to compete in markets where there are a lot of alternative options.

Harris Teeter does have more heritage in this region so perhaps a format change will produce better results. However, it’s not guaranteed. Five years ago, Kroger was unable to make Harris Teeter work in Nashville in the face of competition from Publix, Whole Foods and Trader Joe’s, and exited a number of stores.

What sad news to wake up to on Monday! I’m in Durham, NC and a loyal Kroger shopper. Their prices are so much better than Harris Teeter’s (’round these parts we call the superstores the “Taj Mateets” for their palatial appearance and prices) but as someone who’s based here locally, I can see oversaturation as a potential symptom of a greater problem. The region has exploded recently and has struggled to house everyone and keep highway congestion down. It’s a competitive market, and I’d add that it’s congested. Reporting here from the ground, the Triangle has a retail identity problem that reflects the region’s clunky evolution — a legacy especially in Durham of black entrepreneurship and a rich history of tobacco, textiles and healthcare, juxtaposed against a current lack of investment in urban infrastructure and a dearth of affordable housing in downtown areas that are booming without much regulation or thought to inclusivity. It’s not surprising that FMCG brands are struggling to find their place in these NC cities who don’t even know who they’re… Read more »
4
|
0
-   Share

Winning in any market is about being in the right place at the right time and with the right product assortment. Retailers must focus their resources by being in the best places to reach their highest-value customers. Focusing on quality (best fit for the market) of store locations is much wiser — and more effective — than focusing on quantity of locations.

The “Kroger” name may be leaving the market, but Kroger is not. Why have two separate banners in the first place? Kroger bought Harris Teeter for a reason. If that reason was good, why operate a generic supermarket in a growing and upscale market?

The fact is that the net closing is not the entire chain, it is only six stores. This was a no-brainer decision that should have been made long ago.

Competition, pricing, and poor profits. These all played a clear role in Kroger leaving the RTP area, combined with the Harris Teeter presence already managing the Kroger presence. It seems a poor choice to compete against your own presence in different markets (even if it is under a different brand), and Kroger is finally realizing this. Kroger should have clarified one presence in this market (Harris Teeter or Kroger) and simply focused all of their resources on maintaining this. Diverging resources probably only hurt Kroger overall, and this focused effort behind one brand is a welcome change for Harris Teeter and the Kroger effort in total.

Retreat is a strategic alternative used successfully by the military. It can also be a viable strategic option in business. A couple of questions which I am certain Kroger considered in making this decision: 1. Given the competitive climate, not necessarily the number of stores, could Kroger realize long term profitability in this market? 2. Would this retreat free up resources (capital and personnel) that could more efficiently and effectively be used against the many competitors and challenges confronting it in other larger markets?

I agree with the sentiments that the sale of the majority of the Kroger stores to Harris Teeter hedges Kroger’s Raleigh-Durham bet. Plus, the HT banner is better positioned to respond to the latest market intrusions by Publix and Wegmans.

This seems like a strategic decision by Kroger to focus their resources where they think they can win. Considering they have the Harris Teeter locations and will be converting 8 Krogers to that banner, the net store reduction is 6 … it’s hardly a significant blow to their store count. It will be more profitable to have one banner (as opposed to marketing two) and Harris Teeter seems better positioned to be able to take on the Publix/Wegmans challenge.

Braintrust
"In fragmented markets it is better to establish one strong horse than to compete with yourself."

"What sad news to wake up to on Monday! I’m in Durham, NC and a loyal Kroger shopper. Their prices are so much better than Harris Teeter’s..."

"...this focused effort behind one brand is a welcome change for Harris Teeter and the Kroger effort in total."