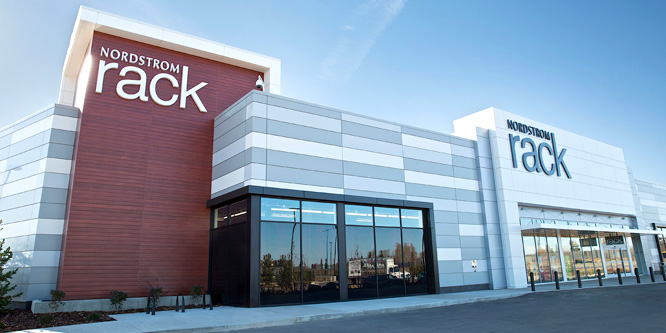 Despite its stores being closed for 47 days during the first quarter, Nordstrom was able to slash inventories by 26 percent year-over-year.

Among others in the apparel and footwear space that have reported, Dillard’s and Urban Outfitters also fared well, reducing inventories by 14 percent and 18 percent, respectively. Inventories were down three percent at Kohl’s and off one percent at Abercrombie & Fitch, while expanding 20 percent at Foot Locker and 10 percent at L. Brands, the parent of Victoria’s Secret and Bath & Body Works.

How did Nordstrom do it?

First, Nordstrom decreased receipts by 30 percent, including reductions of approximately 80 percent in April and May.

Second, the retailer accelerated its promotional activities. Gross margins eroded to 11 percent from 34 percent with roughly half of the decline attributed to incremental markdowns, including a higher reserve adjustment of around $75 million.

On a conference call last week, Erik Nordstrom, CEO, said the inventory reductions put the company “in a favorable position to bring in newness starting in June.”

The inventory reductions also placed the retailer in a “reactive position” to be able to aggressively respond to an expected elevated promotional environment over June and July.

Nordstrom cancelled receipts at Rack in March through the second quarter, allowing the chain to take advantage of closeouts in the marketplace and be in a better position to help clear excess full-price inventory.

Mr. Nordstrom said his company’s increasingly diversified model — including e-commerce and Rack, which accounted for 60 percent of revenues last year — stands out as particularly beneficial as the overall department store sector struggles. “As retail continues to evolve, our flexible model supports a continued shift from what was predominantly a mall-based business toward a more diversified model that includes digital and off-price,” he said.

DISCUSSION QUESTIONS: What lessons should Nordstrom’s inventory management execution offer to others? How much of a benefit will Nordstrom’s omnichannel capabilities and Rack ownership be as the department store sector faces a shakeout?

Please practice The RetailWire Golden Rule when submitting your comments.
Braintrust
"Nordstrom was able to pivot in the face of business disruption."

"All that notwithstanding, Nordstrom’s losses of more than one half a billion dollars for the quarter are not chump change."

"This is a hugely impressive result. Given that there is evidence of inventories increasing as new channels are added ... the Nordstrom team should be very proud."

Flexibility and nimbleness is the key. Multiple sales channels (e-commerce, marketplaces and stores) and multiple distribution channels (micro-fulfillment) most certainly helped. Also it’s not without a trade off as discounts pushed the inventory but also impacted margins.

Overall, operational flexibility and a sharp understanding of trade offs seem to make a difference.

Retailers faced extreme inventory management challenges in the past few months, but there are some lessons to be learned from Nordstrom’s success worth applying in the “new normal.”

One undeniable albeit obvious fact is that, with three distinct channels/formats i.e. full-price brick-and-mortar, off-price brick-and-mortar, and e-commerce, any retailer has at least one safety valve, sometimes two, to relieve the pressure of excess inventory. Nordstrom is not the only retailer in this position but it is a good position in which to be. All that notwithstanding, Nordstrom’s losses of more than one half a billion dollars for the quarter are not chump change.

Nordstrom was smart and proactive on several fronts. I’m guessing the single biggest contributor to the lower inventory was cancelling 80 percent of two months of receipts. That inventory didn’t magically evaporate. It’s sitting somewhere, just not on Nordstrom’s books. So there is more to the story. Nordstrom is in good shape. But cancelling 80 percent of two months of receipts means there is a meaningful list of suppliers that got hammered. The full story on the extended domino effect is not yet fully understood.

Exactly. The inventory from those cancellations is not going to magically disappear. It will eventually show up, likely at Ross or TJ, and at prices that will reduce sales and margin at Nordstrom Rack a little later on. Nordstrom had to do what it did, just as their suppliers will have to turn those cancellations into cash.

Hats off to Nordstrom and a ray of sunshine in the breathless pronouncements of the “department stores are dead” narrative.

Survival of the fittest: Nordstrom. Cancel an entire season of products from vendors. Diversify the business model. Take a punch in margins. Tighten the belt. Survive. This is Nordstrom. Agile reinvention, deflecting COVID-19, the economy, and now the terrible act of the Seattle Flagship being looted. This is Nordstrom strong, decade after decade. This is the reason Nordstrom is one of the most admired retailers in the world.

Nordstrom was able to pivot in the face of business disruption. Agility within its sales and distribution channels allowed it to shift its focus and mitigate losses – other retailers could learn a few things from Nordstrom’s moves.

Inventory is the biggest un-valued cost of retailers. For years, retailers have bought inventory for what they wanted to sell, not what the data told them they could sell. As a result they taught the shopper to never pay full price because the retailer would cut it 20 percent, 50 percent, 70 percent. In the meantime, by financial measure, inventory is an asset on the balance sheet — so how can it be bad? It costs! Unlike other assets, including cash, excess inventory generates a negative ROI. Measure how many times the retailer turns the inventory and you will find out quickly how well the retailer is managed. Some surprisingly large retailers are turning inventory just three times per year. Not ironically, many of them are failing. There are also retailers out there, one of the biggest that is turning inventory in excess of 12 times a year. Controlling inventory is not as difficult as some retailers think or want to admit. Today, with the data available and ability to restock quickly, it should not… Read more »
4
|
0
-   Share

As you wisely observe, Gene, retail is very much about PACE. Those who turn the money fastest tend to win. Excess inventory is cash moving so slowly that it actually shrinks. With its quick decisions, it seems like Nordstrom has won the current round of inventory “hot-potato,” leaving many of its suppliers burned.

One of the biggest lessons to come from this is that retailers with full control and visibility over their inventory can manage fluctuations in demand. Being able to fulfil online orders from stores and quickly move product to where it is most needed is key to success in an omnichannel world and helps reduce the need to discount and erode margins. We will see more retailers invest in this area as we emerge from the crisis.

Inventory agility is critical in the months ahead. Not every retailer has the same options available to them that Nordstrom does, but all of them would be well advised to reduce standing inventories.

Within the industry, Nordstrom has always had significantly higher turnover rates than other department store chains – hence you never saw giant clearance zones in stores. By utilizing stores as fulfillment centers for the future, sending what little closeouts mainline stores have to Rack and closing unproductive stores while localizing the assortments in the remaining fleet, Nordstrom should survive.

Nordstrom and other retailers that have good financial balance sheets have done well and will continue to do well post COVID-19. But their success is based upon key retail strategies and investments: 1.) multiple demand channels, 2.) supply chain planning and visibility and 3.) omnichannel fulfillment and execution. Nordstrom, Urban and I will add Walmart to this mix are retailers that have made significant process, organizational talent and technology investments in these three areas. It has allowed them to pivot, expose inventory (productive and non productive) and fulfill demand to anyone, any place at any time.

As every seasoned retailer knows: don’t panic, control the pipeline of on-order product, cancel shipments where necessary, and turn the economic slow-down into an opportunity to eliminate aged products in the stores. This opens up major “open to buy”/”open to receive” dollars that freshen all stores. Very smart move. And lots of experts criticized them during this saga! Nordstrom knew what they had to do, and how to do it, all along!

Nordstrom made some smart decisions early on, and were able to benefit from smart use of their multiple sales channels. The ability to fill online orders from store inventory was a tremendous help. They will be well positioned to bring in fresh stock when customers are looking for Fall merchandise, while their competitors are still unloading summer leftovers.

This is a hugely impressive result. Given that there is evidence of inventories increasing as new channels are added (H&M being a case) the Nordstrom team should be very proud.

Getting a handle on inventory is key — it is a potential source of working capital that can be eliminated to allow the funds to be re-invested to improve the customer offer or to drive digital transformation and omni-channel approaches to market.

“Gross margins eroded to 11 percent from 34 percent…” This part of it tempers my enthusiasm. Without delving too much into the weeds, it sounds like Nordstrom moved a lot of inventory from the full-priced stores into the Rack — in essence by slashing prices, if not in fact — and clearly having a well-defined “outlet” component allows for that; so props for that part, but the challenges of reviving full-service remain.

Kudos to Nordstrom for having the agility to best use all of their sales channels to effectively reduce inventory even if at the expense of margins. This puts them in a better position coming out of store lockdowns. Even more importantly, Nordstrom was able to enable new omnichannel capabilities by fulfilling more orders from their stores, where much of that extra inventory was located. In a way, this is right out of the Target playbook. These new fulfillment options at both Nordstrom and Rack stores will help them as stores re-open to encourage consumers to shop with them across channels.

Other retailers, especially apparel retailers, should follow this playbook. Fulfilling from their stores in the near term is the only way they will be able to move inventory, however, as Nordstrom experienced, this carries a short-term price — lower margins, which each organization will have to accept and account for in their planning.

I’m impressed by how quickly Nordstrom was able to shift their model being such a large company. I think the lesson here is “agility wins the day” and often times older companies have legacy systems that don’t allow for that. Obviously Nordstrom was able to leverage their systems and benefit from their omnichannel model. Something I’m sure they will continue to utilize in the future as needed. Kudos!

Smart. Proactive. Use of multiple sales channels. Thinking ahead.

Everything has already been said above and I agree with everyone! They deserve their success — they earned it.

I think this diversified strategy puts Nordstrom in a favorable position. However, to continue to be “reactive,” Nordstorm should develop a longer-term inventory strategy centered around technology and real-time data/analytics. The strategy may include utilizing RFID technology and data from online channels for predictive analytics. Utilizing data will mitigate risks when it comes to purchasing inventory for brands and retailers.

Braintrust
"Nordstrom was able to pivot in the face of business disruption."

"All that notwithstanding, Nordstrom’s losses of more than one half a billion dollars for the quarter are not chump change."

"This is a hugely impressive result. Given that there is evidence of inventories increasing as new channels are added ... the Nordstrom team should be very proud."