Should Barnes & Noble shift back to store-expansion mode? 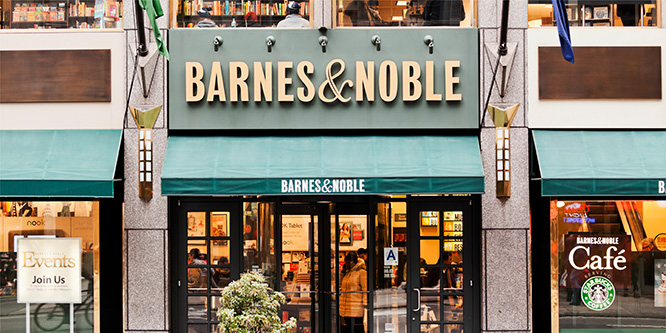 Barnes & Noble looks to have stabilized and now plans to expand its store footprint next year, even amid an unpredictable economic landscape.

The book seller will debut 30 new stores in 2023, opening more than it closes annually after numerous years of net contraction, according to The Wall Street Journal. It now has around 600 locations, down from 726 in 2008.

CEO James Daunt told the WSJ that the chain now has the profitability and the confidence to start expanding again. The chain is opening some smaller locations where it closed larger B&N stores. In Boston, two stores will replace former Amazon Books locations.

In April, the bookseller reported 2021’s sales were three percent higher than pre-pandemic levels, with a 14 percent hike in book sales.

The improvement has been attributed to a revamp orchestrated by Mr. Daunt, who took the helm at Barnes & Noble in 2019 after successfully turning around U.K.-bookseller Waterstones. Mr. Daunt’s strategy has involved giving store managers more autonomy to choose titles that align with local tastes. Narrowing the mix to books, educational games, puzzles and workbooks, and reducing out-of-stocks are also part of the new focus.

Describing stores as “dull, unengaging and dispirited” before he took over, Mr. Daunt has also increased emphasis on smaller tables and wider aisles to encourage lingering.

Some newer stores feature full-height bookshelves arranged in a “maze” layout, harkening independent bookstores rather than the row-by-row alignment of many of the chain’s big box locations. Mr. Daunt told the WSJ, “It creates a completely different browsing experience.”

Barnes & Noble is also looking to build on the heightened interest in reading from customers who cocooned during the pandemic that also supported the continued revival at indies.

In recently announcing plans to return to Spectrum Center in Reston, VA after exiting in 2013, Mr. Daunt said, “The tide has turned for real booksellers, with both Barnes & Noble and independent booksellers opening new stores at an unprecedented rate after well over a decade of declining numbers. The return of Barnes & Noble to Reston is emblematic of this success.”

DISCUSSION QUESTIONS: Is this the right time for Barnes & Noble to pursue an expansion of its physical retail footprint? What additional steps may be necessary for the chain to continue competing in today’s physical retail landscape?

Please practice The RetailWire Golden Rule when submitting your comments.
Braintrust
"If the pandemic has stimulated book-buying habits — followed by the return to physical stores — then B&N should be at the forefront of the trend. "

"B&N should not follow the path of many other brands that assume pandemic-induced behaviors will continue — I’m looking at you Peloton."

"If B&N is expanding, one way they could be really successful doing that would be to open used book stores."

20 Comments on "Should Barnes & Noble shift back to store-expansion mode?"

Full credit to Mr. Daunt and his team for bringing B&N back from the abyss, but I’m not so bullish on the category to support any major expansion. I agree that opening some new stores — no doubt taking advantage of favorable real estate conditions — makes sense, but coming back from the abyss and surviving is one thing, thriving is another.

Without diving into the business model cost or the “people don’t read anymore” issues, I can say, based on going into a Barnes & Noble just this week, that there is nothing that will replace the experience of walking the aisles of a bookstore. I understand the benefits of searching for a hard-to-find tome online, but if you get me into a bookstore I will spend an embarrassing amount on reading materials every single time. Find ways to get people into the store!

The customer is telling Barnes & Noble that it’s time to open more stores. If the pandemic has stimulated book-buying habits — followed by the return to physical stores — then B&N should be at the forefront of the trend.

Wisely, it sounds like Barnes & Noble is rethinking its “big box” approach to the business. “Smaller is better” in terms of a more curated assortment and an easier browsing experience; it also gives B&N a lot more site flexibility as it expands again.

When I think of the fact that today’s Amazon began as Amazon Books, and that Barnes & Noble was always a leader in the category, I have to believe that B&N can come back as strong as ever.

B&N should not follow the path of many other brands that assume pandemic-induced behaviors will continue — I’m looking at you Peloton.

If B&N is expanding, one way they could be really successful doing that would be to open used book stores. In a study we did, 60 percent of respondents give “used books” as the top category that would bring them back to stores, so there is definitely a market there — smaller spaces, easy to manage (vs. say used apparel) environmentally correct and a whole new, extremely popular venture for them. They should test a “used” element ASAP, and see how big is big.

Physical retail is far from dead, and Barnes & Noble is taking the right steps to make their stores attractive and engaging for customers. By focusing on smaller stores and optimizing for BOPIS, Barnes & Noble is ensuring that customers have a convenient experience while also taking advantage of the immersive browsing, reading, and shopping experience. And let’s not forget the coffee shop and events. Also, by giving store managers more autonomy and narrowing their product mix to books, educational games, puzzles, workbooks, etc., they’re creating a unique, personalized experience that customers can’t find online.

Long story short, this is the time to add new stories—I mean stores—during this new chapter at B&N. (all puns intended…)

The perfect idea as we head into a potential recession! Really? I get that people may be reading more, but I’m betting on e-books rather than paper (and it pains me to say that).

I used to think this as well, but I found I didn’t like sameness of reading a book on the same e-book device over and over. Go figure.

I love what this article says about the importance of physical retail. Especially in a category that Amazon supposedly would have crushed forever. “Smaller locations…narrowing the mix…local tastes…encouraging lingering…browsing experience.” These are not new concepts, so it’s further proof that success lies in the skill with which the data + design elements are blended and executed. I certainly wouldn’t express it as a “switch back to” strategy. It’s more like “evolve to…”.

Yes, you would have thought Amazon would have figured this out already. But they didn’t. Tailoring to the neighborhood has always been successful because as we all know — one size/format does not fit all.

Exactly. And just like how a grocery store or small marketplace becomes rooted in the community, too.

It is the right time to expand cautiously in areas that may have changed in the past few years. Many people have moved to different communities and have spent a lot of time on their devices over the past few years creating potential device fatigue. That opens up opportunities for books and B&N.

It is encouraging that they are testing different merchandising strategies. Having a solid program to continuously learn what all different customers (generation, gender, economics, psychographics, etc.) want and aligning the local store to those needs will help them compete in the long run.

There is still a place for physical book stores, especially those that encourage browsing and engagement in categories beyond books – such as small gifts, games, and so forth. Light foodservice – such as coffee and snacks – also work in some locations. However, James Daunt is right to focus on smaller formats selling popular lines. The biggest issue with traditional B&N stores is that they are huge and 80 percent of the space is for books that make up 20 percent of the sales mix. That’s not economically efficient or viable.

I’m delighted to see this. Post-pandemic, lots of consumers have craved great in-store experiences. Books stores in particular have always been a “comfort food” in the world of retail experiences. Recently the company has allowed their store managers to have more autonomy in their store assortments and in the in-store events they sponsor. I’m sure this strategy has helped them build on their strengths. I’m glad to see it’s working for them.

B&N, like Starbucks, is “the third place.” the expansion possibilities are not only driven by interest in reading books but by interest in safe and community-based places to congregate. I certainly hope B&N succeeds. I might also suggest that paid advertising might be more helpful with proper targeting than they might think, especially given CTV addressable capabiities.

I believe that purchasing behavior for the category B&N occupies was forced to change faster by the pandemic. However, there are plenty of consumers who would rather explore a bookstore physically and engage in discovery the “old school” way.

I like the steps B&N has taken to change their shopping experience. If they continue to create an occasion, a destination beyond retail, it will give them a chance to survive in the Amazon age.

So sales are 3% higher than they were three years ago? In a world that’s 5 or 8 or even 10% bigger (I’m not sure which is the relevant metric since there’s no mention of cost indexing).

I wish them well, but to me this sounds like over-optimism; perhaps not September 1929 level over-optimism, but more like the May Company’s “let’s take Lord & Taylor national” over-optimism.

Barnes & Noble’s reemergence is one of the best retail comeback stories of 2022, and we are excited to see all the growth in 2023. In what has become an escape from the digital matrix, going to a Barnes & Noble these days, discovering new books, and enjoying the in-store experience are what the market demands.

The critical element of Barnes and Noble’s return to glory has been a laser focus on the customer experience and evolving the in-store journey to one built on having the right products at the right place. Less is always more regarding the optimal store size, curated assortments, and strategic approach to store expansions. It will be fascinating to see how things evolve into 2023 with Barnes & Noble under CEO James Daunt’s leadership.

The trend to back-bolster existing stores or build new ones has some legs to it. Books merchandise and sell well, and are enjoyed by browsing in a warm environment, with the tactile feel of turning pages. Amazon didn’t make this work, I think mostly because they chose a one size fits all approach. But I continue to see and hear how GenZers enjoy a trip to B&N to absorb the experience, just like many of us did when small and large bookstores were everywhere.

Maybe there’s something to this movement.

Braintrust
"If the pandemic has stimulated book-buying habits — followed by the return to physical stores — then B&N should be at the forefront of the trend. "

"B&N should not follow the path of many other brands that assume pandemic-induced behaviors will continue — I’m looking at you Peloton."

"If B&N is expanding, one way they could be really successful doing that would be to open used book stores."