Study sees The Great Resignation heating up in 2023 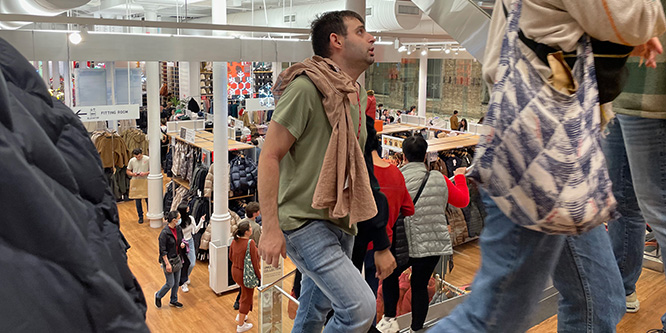 In early 2021, reports of mass numbers of employees leaving jobs in search of greener, more lucrative pastures led to the phenomenon known as The Great Resignation. While stories of throngs of people quitting their jobs have not been making as many headlines since then, a new survey suggests that the resignations may just be getting started.

Factors like burnout, anxiety and the need for financial security are leading nearly half of all workers to plan on exploring new job options in 2023, according to a new survey by isolved reported in Computer World. Isolved found the numbers of people entertaining new job prospects roughly consistent with what was seen in 2020 and 2021. Of the 37 percent of employees who actually applied for new positions last year, 60 percent changed jobs. Of those, 62 percent did so because they wanted a higher salary, 32 percent because they wanted better benefits and 25 percent wanted more work flexibility.

Retail experienced a uniquely high rate of job attrition over the past few years, and a report by McKinsey from July shows that frontline workers rank the factors inspiring them to change jobs differently than those in other roles.

Frontline grocery, restaurant and hospitality workers have experienced a few obvious stressors at a greater rate than people in non-public facing jobs throughout the pandemic. For instance, workers in frontline roles have faced greater risk of contracting COVID-19 at work, since there is no option to work from home for cashiers, shelf-stockers and other roles that support physical stores.

DISCUSSION QUESTIONS: Do you see The Great Resignation continuing or switching gears in 2023? What can retailers do to prevent a further hemorrhaging of employees?

Please practice The RetailWire Golden Rule when submitting your comments.
Braintrust
"The upside is that retailers that invest in their people will in turn see those people deliver a better customer experience and out perform their peers."

"As an industry, we really do have to re-think how we attract, train and retain employees. We need them, that’s just the truth."

"All great comments, and to sum it up, the genie will never go back in the bottle. It is the new world of work."

The genie is out of the bottle and won’t be going back in. Frontline retail workers want and need more support, and will get it from companies that value their professionalism and service.

You know, there are a couple of things people forget: 1) 900,000 boomers have retired since 2020, and given our ages, will continue to do so. While they (we) might have considered working longer, we do have an 80 year old president, after all, Covid really was the great accelerant, and things that might have happened later, happened sooner. Quality of life and appreciation for things other than work have come to the fore. 2) A million people died in the US so far. While many were elderly and out of the workforce, others were members and aren’t coming back. It’s really only natural that workers expect respect, a solid day’s pay and a career path. Otherwise, it’s just easier to drive an Uber. I was in a social media conversation the other night and some guy was arguing with me that teachers shouldn’t get raises because “they only work 181 days a year.” This guy clearly a) doesn’t understand how much they work and b) doesn’t understand the value of education. We are in… Read more »
20
|
0
-   Share

Well said Paula, and I will add a few thoughts : it’s not necessarily always about the money. People also left retail because they did not like the culture, or management was not involved or respectful to the staff that worked there. Things like work/life balance, being respected for the work they do, or being able to pick their work schedule mattered just as much as money. Some retailers have picked up the baton and run with it and some just need to wake up and start.

This unsteady labor mess is not going away soon. Higher pay has always been the megaphone for shouting disagreements. It seems to me that the disgruntled noise only serves to energize and to grow the problem, as it takes on a life of its own — as in “that’s nothing! Did you hear of the wage hike across the street?…”

We are in a fix. I think the path out begins when management starts incorporating the move of asking questions daily of associates to give them a sense of more importance, ownership and and control. My guess is there’s not much of that in stores today. I always found building sweat equity in associates to work wonders. Utilizing their ideas bolstered attitudes and created higher performance levels. There should be group meetings with staff members talking about what is happening in their area of store.

I encouraged my sons to work in retail over their college summer breaks. They found most of the work enjoyable and this chain apparel store recognized their contribution and had them travel for some store openings, among other non-routine tasks. But if you asked them what their biggest issue in the relationship was? The complaint was the lack of regular scheduling.

On Sunday night, they would log on to learn what shifts they were assigned, which might be forty hours one week, and thirty another week. For a summer job, such scheduling was barely tolerable, as they were saving for the upcoming semester, so imagine someone with rent or children to support?

At least in my years in the industry, we could count on a forty-hour week (often more) and commensurate pay for doing it. So, retailing, once a bastion of entry-level work opportunities is pushing people to the gig economy.

Current labor scheduling software parameters are designed to optimize for the retailer needs, not the employees. Part of the software design should have the option to ensure quality of life for employees; whether the retailers choose to use it is another matter.

Some great comments below and I think Cathy and Paula in particular have nailed it. While there are lots of job cuts happening now, especially at companies that over-expanded their workforces and also those that can’t live up to their valuations, this is both a market (i.e. supply/demand, higher interest rates and other costs) issue and one of stakeholder capitalism coming to the fore. It’s compounded by too many financial owners in retail that are, by (their own) necessity, focused only on short-term cash flow and profits and victims of a double edged sword: they bought struggling retailers, leveraged up and are under labor (and debt) cost pressure to make their numbers.

The upside is that retailers that invest in their people will in turn see those people deliver a better customer experience and out perform their peers. Not everyone understands this, and this is what makes a free market economy so amazing.

I think Matt’s last paragraph sums it up well: we’re still in the Great Recovery. So longer-term, I expect a return to “normal; whether that will be fully realized in 2023 isn’t clear, nor is it clear that “normal” will mean what it used to … but does it ever? (After all the normal of 2019 wasn’t the normal of 1999.)

“The Great Resignation” is a colossal misnomer. We should call it “The Great Restructuring?” Or, even better, “The Great Realization” that there are better jobs than working in retail or hospitality, where labor is considered a necessary expense with minimal worth as one associate is as good as another.

In the U.S., we have a labor problem. As the economy expands and the population does not, more opportunities open up for workers to trade up, with no one to replace them.

All great comments, and to sum it up, the genie will never go back in the bottle. It is the new world of work. A simple formula for adapting. Management at all levels needs to apply this simple formula when it comes to building a better organization.

Ask, Listen, Learn, and Act. Practice this across all levels of the organization.

Braintrust
"The upside is that retailers that invest in their people will in turn see those people deliver a better customer experience and out perform their peers."

"As an industry, we really do have to re-think how we attract, train and retain employees. We need them, that’s just the truth."

"All great comments, and to sum it up, the genie will never go back in the bottle. It is the new world of work."