The numbers say it is still a workers’ job market 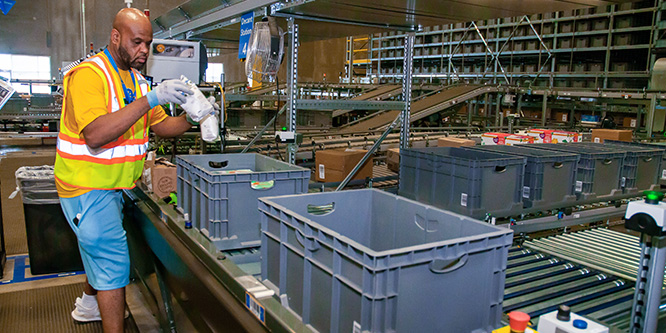 Workers still have the upper hand, generally speaking, in the current job market despite speculation that the economy may slow to a point where employers need fewer workers or begin laying off employees in significant numbers.

A Wall Street Journal article yesterday pushed back on the idea that the current labor market is tipped in favor of employers. The piece, authored by Kathryn Dill and Jemal R. Brinson, identified five indicators that support the thesis that it is still a workers’ market.

The first is that the percentage of job postings on Indeed.com advertising remote positions is now just over nine percent of total postings, compared to under three percent in 2019.

New job postings are another indicator and, while the total on sites including Indeed and LinkedIn has fallen somewhat, the reality is that open positions listed on these platforms are still nearly 54 percent higher than in February 2020.

Employees are continuing to quit jobs and look for better opportunities elsewhere, often outside their current industries. The numbers have drifted down somewhat since last November’s record, yet 4.3 million people quit in May.

The number of people in retail fell by 61,000 in May, according to data released last month by the Bureau of Labor Statistics. Food and beverage stores, department stores and general merchandise stores, including supercenters and warehouse clubs, saw their numbers decline on a seasonally adjusted basis.

Concerns that a slowing economy may bring job cuts is supported by worker polls, but layoffs to date have been confined to a few industries, such as automotive, consumer products and technology. Tesla became one of the more high-profile cases with CEO Elon Musk’s announcement last month that 10 percent of the company’s workforce would be culled. Reuters yesterday reported that the electric car maker laid off 229 employees at its San Mateo, CA, office and is permanently closing the facility.

The Journal piece pointed out that there are still more job openings than there are people to fill them. It also found, citing federal data, that the number of people who are working part-time but are seeking full-time hours decreased by more than 700,000 in June.

DISCUSSION QUESTIONS: Is it still a workers’ job market in retail? How might that situation change in coming months? What are the keys to successful recruitment and retention in retail today and what companies exemplify this?

"Yup. Still a workers’ job market and it’s going to cost money to fix that."

"We’ve seen wage pitching, higher wages here, time off allowances over there, etc. No wonder it is a gigantic challenge."

Yes, it’s still a workers’ job market, for now. While retail workers still enjoy an abundance of opportunities and employers eager to secure their loyalty, this won’t last forever. Ultimately, economic conditions will normalize in the months/years ahead, and this will change the worker/employer power balance. The key to recruitment and retention have not changed: 1.) living wages and benefits, 2.) meaningful career advancement opportunities, 3.) the sense that an employee’s contribution is valued, and 4.) ability to control, and flexibility in scheduling, work hours.

It is still very much a workers’ market. Competitive wages, company culture, and flexible schedules continue to be important for those seeking work and will continue to be important in the long term. Companies have to be able to adapt to those needs quickly. Walmart and Target have been public about the changes they have made in hiring store associates.

Yup. Still a workers’ job market and it’s going to cost money to fix that. Concepts like Walgreens doing more with robots might help in distribution centers, but we really need people who care to work in stores. I remain utterly baffled by that one company I’m particularly irritated with. How do they think customers don’t notice?

The retail world is still experiencing a workers’ market. We’ve seen wage pitching, higher wages here, time off allowances over there, etc. No wonder it is a gigantic challenge. As the economy toughens, and it will, we will see more serious job seekers. Right now we face so many perk options, potential workers bounce to different opportunities in a day. That certainly makes managing and training incredibly unstable, which leads to poorer performance.

I project that in the next six to 12 months, we will see fewer NOW HIRING signs. But this market downturn will be a great opportunity for star employers to attract and retain star employees by creating a place they want to work. They can do so by creating an opportunity to learn and grow and a culture of accountability, and, most of all, having great managers.

Still a workers’ job market. The job market numbers came out and surprised all the folks predicting a rapidly declining market and potential recession. What is a fact is that many retailers have been doing well. The next few months might see slightly slower growth, but the market is growing.

Recruitment in retail is always tough, especially with all other industries piling on and seeking the same level of unskilled labor. The retailer with strong culture, competitive pay, reasonable benefits and tied into the empathic needs of the current generation will have an advantage. Walmart, Target, Costco, Home Depot, and Lowe’s to name a few, are some of the leaders. Just look at the top 50 retail companies and all of them are driving these ideals at some level. Even if this was an employers market — companies following this type of script would lead.

I won’t question the premise based on the limited way the phrase “workers’ market” is used here — which seems to be limited metrics like YOY job and wage growth — but it might be useful to step back and look at the phrase a little more…holistically. Month after month, year after year here on RW, the recurrent theme is what a miserable environment retail is; low-pay, poor working conditions — not Dickens-level poor, but worse than in many professions — and unempowered, unhappy workers. Do I think that has changed? Not much … or not for long.

"Yup. Still a workers’ job market and it’s going to cost money to fix that."

"We’ve seen wage pitching, higher wages here, time off allowances over there, etc. No wonder it is a gigantic challenge."