What would an American Apparel acquisition do for Amazon or Forever 21? 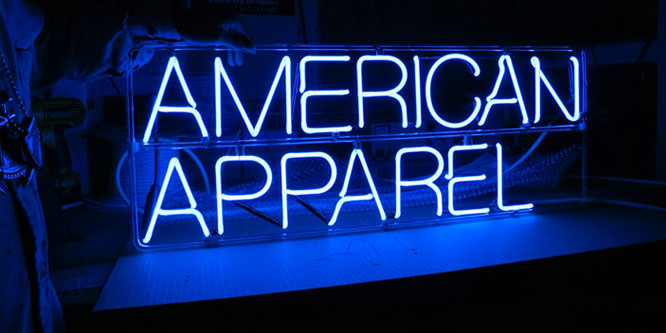 Amazon.com and Forever 21 are among a group of companies considering bids for bankrupt American Apparel, according to news reports.

Any company entering the bidding for American Apparel knows it must top the $66 million stalking horse offer made by Gildan Activewear, a Canadian apparel manufacturer, in November. Gildan’s bid is for American Apparel’s manufacturing and not its stores. Sources, according to Reuters, expect a decision on bids to be made as early as next week.

With its manufacturing in California, American Apparel will give whatever company that acquires it a means to respond more quickly to fashion trends than rivals that source their apparel from Asian countries.

In the case of Amazon, the e-tail giant has been making an aggressive push into apparel in recent years including rolling out the private labels, Buttoned Down, Franklin Tailored and Lark & Ro.

Amazon acquired Zappos.com in 2009 and allowed the company to continue operating as an independent entity. A Bloomberg article suggests that this is a tact that Amazon might take should it be successful in acquiring American Apparel.

“While I’m not going to handicap the likelihood of this particular rumor,” Ed Yruma, managing director of KeyBanc Capital Markets, told Bloomberg.” I do think we will see them mentioned more frequently as a buyer of apparel brands.”

Should Forever 21 succeed in a bid for American Apparel, it would seem unlikely that the company would have an interest in the brand’s stores. Last year, reports surfaced that Forever 21 was in talks with landlords to reduce its footprint in some malls across the U.S.

Whichever company acquires American Apparel will be on the right side of the current political dialogue in the U.S. Donald Trump made keeping and repatriating manufacturing jobs in American one of the pillars in his successful run for the White House.

DISCUSSION QUESTIONS: What would an acquisition of American Apparel mean for Amazon.com or Forever 21? Should either be successful in their bids, what would it mean for their competitors?

Please practice The RetailWire Golden Rule when submitting your comments.
Braintrust
"My guess is that Amazon would use American Apparel as a lab for new in-store technologies."

"An acquisition of American Apparel would elevate Forever 21’s image."

"Let’s just imagine what Amazon could do with the brand name alone. Jeff Bezos must know he’s got a giant tiger by the tail here."

12 Comments on "What would an American Apparel acquisition do for Amazon or Forever 21?"

An American Apparel acquisition would be a bigger win for Forever 21. Over the past few years Forever 21 started incorporating pieces that are mid-range in price. So a price shift in some items wouldn’t come as a huge shock to many shoppers. But by acquiring American Apparel’s California manufacturing centers, Forever 21 will be able to offer American-made goods at a time when fast fashion and overseas marketing are entering the political and consumer limelight.

Amazon needs a buy like this. I don’t believe it has the time to build its own private label and American Apparel has a certain amount of brand equity and cachet in today’s world. I don’t think the brand does as much for Forever 21.

I also think Amazon needs to buy it to get brick and mortar. It’s becoming more and more clear that retail-equivalent online sales won’t ever turn profit for them. They’ve made profit in devices, content, and support services (cloud). Unfortunately, those are the minority of their income. If Amazon is ever to have reasonable profitability as a percent of sales, they can’t do it off a minority of their income. That said, there is also the potential for Amazon to grow the “retail support” part of their business which could have higher margins. But it continues to get more difficult for Amazon with Wall Street unless they can get profit from retail. And that seems to take bricks.

My guess is that Amazon would use American Apparel as a lab for new in-store technologies. By launching Amazon Go It has clearly signaled that it is heading in this direction.

And why not? If the current market players are not willing to change their business model Amazon can quickly seize the opportunity to re-invent physical retail. By then, it will probably be too late for the laggards.

Indeed, the biggest risk in business (and in life) is trying to play it safe.

I am agreeing with Paula — it’s a good buy for Amazon with an established brand that still retains equity value with teens and young adults. It would be interesting to see how Amazon treats the 200-plus brick-and-mortar stores in their bid … maybe they would become mini local distribution centers?

Let’s just imagine what Amazon could do with the brand name alone. Endless possibilities exist to extend that name to secondary categories beyond core fashion. Plus, Amazon could convert any part of the storefront footprint to showrooms and/or pick-up centers for any of its merchandise … even shelf-stable groceries. Jeff Bezos must know he’s got a giant tiger by the tail here.

Amazon’s success has been their customer connection and their infrastructure. They have left the products to others. I don’t see them getting in the product business. Separate from that, there is an upside for American Apparel as an independent investment by Jeff Bezos. It is a company that has had some success despite being notoriously poorly managed.

All that being said, the real opportunity is for Forever 21.

An American Apparel acquisition by Forever 21 makes sense only given the targeted customer segment and if the brand is prepared to move upscale. The latter is problematic from both the perspective of strategy and ability to execute.

For Amazon, Millennials as a digital native group are an important segment that they target (as in with Amazon Go), and private label apparel is becoming an important source of growth. American Apparel can help nicely in both of these areas and add “made in the USA” to boot. They would give Amazon an immediate, and diverse, store footprint across the U.S. and in key cities in Europe and key Asian markets. However, Amazon could also shed the stores and focus on the manufacturing/wholesale portion of the business.

There were rumors a while ago that Amazon would acquire RadioShack when they ran into trouble. I liked that idea. And now I like the idea of an American Apparel acquisition. Small, efficient footprints that give Amazon tentacles into the brick-and-mortar world. I do not think this is about fast fashion per se. “Made in California” is not automatically faster than “made in Asia” or anywhere else. Zara does not need to make product in California to rule the fast fashion world. Fast is about the willingness to reserve and hold open production time for last-minute decisions and to own the all the fabric and trim components to pull it off. That can happen on any continent. And the closer to the raw material suppliers then better.

Amazon could own several specialty store concepts serving many of the classifications of product they offer. The new department store has lots of small roofs — not lots of departments under one big roof.

If Amazon outbids Forever 21, the American Apparel acquisition would help nullify the threat of Jet.com. If Trump follows through with his promise to tax products not made in the U.S. it will put Amazon at a disadvantage, so a bid for American Apparel could be part of Amazon’s insurance plan.

An acquisition of American Apparel would elevate Forever 21’s image. It would rustle up interest from new customers who prefer quality and sustainability to fast and cheap.

Amazon could indeed boost its fashion category with a private label brand and retail footprint that allows buyers to “try before buy.” But acquiring for political reasons seems a weak rationale. For one, it’s a bankruptcy auction that could label the winner a vulture capitalist. Further, the buyer will “own” the likely job cuts that occur post acquisition. Even Gildan, which is interested in the manufacturing assets, said it will have to eliminate some of the 3500 American jobs at “the largest sewing facility in North America.”

Forever 21 could lower costs through more efficient manufacturing, but the brand would lose its soul in the process. It could be reinvigorated with the fashion-oriented ethos of Forever 21, but so could any brand, for that matter.

At least American Apparel has five bidders, with Authentic Brands and Next Level Apparel taking interest. NastyGal, which filed for bankruptcy at the same time, only has a single $20 million bid.

I may be proved wrong, but I feel that there is a low likelihood that Amazon would acquire American Apparel. It would be an uncharacteristic move for them. It is true that AA would come with a built in supply chain, employees and stores, but these are not real barriers for Amazon. With Zappos, they had a great brand that they could supercharge. I am not sure American Apparel has that brand power at the moment.

Another retailer like Forever 21 or a more behind the scenes player like Gildan could be possible, but I think the most interesting opportunity is for a company like Zazzle or a new eCommerce player to jump into the mix. <$100M is a digestable amount for a VC-funded, customized apparel brand to acquire an existing “brand/retailer in a box,” kill the brand and then launch a new type of company.

Braintrust
"My guess is that Amazon would use American Apparel as a lab for new in-store technologies."

"An acquisition of American Apparel would elevate Forever 21’s image."

"Let’s just imagine what Amazon could do with the brand name alone. Jeff Bezos must know he’s got a giant tiger by the tail here."