What’s holding back creativity in marketing? 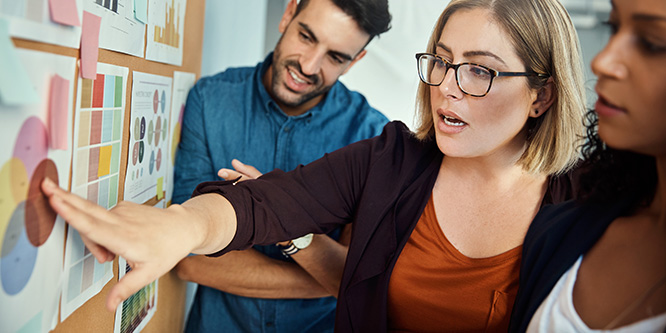 The biggest impediment to creativity is not a lack of direction or failure to be bold enough, it’s a risk-averse culture, cited by 51 percent of marketers, followed by short-term-focus (48 percent), according to new research from the World Federation of Advertisers (WFA).

Of the respondents, 82 percent felt “creativity is marketing’s most potent weapon,” yet only 28 percent regard it as critical to their success.

Natalie Lam, chief creative officer APAC and MEA, Publicis Groupe, said in the study, “It’s a tough job to be a client nowadays because there’s a long checklist of things you must do: the KPIs, the ROIs, measurement, checking the boxes — oh is this purposeful enough? Are we featuring enough diversity? … Everybody’s time is finite. So, once you check all the boxes, there’s very, very little time and effort and energy left for true creativity.”

Sir John Hegarty, cofounder of the British agency, BBH, believes an obsession with data has led to marketers “stalking” consumers rather than inspiring them.

A 2020 study led by professors at the University of Waikato found the reason “great” creative ideas from agencies don’t get pitched to clients is disagreement over whether it’s “appropriate.” The researchers wrote in the Journal of Advertising Research, “Particularly for highly original ideas, if the idea isn’t expressed in a way that [senior agency executives] will recognize as work that ‘fits established patterns’ and ‘has stood the test of time,’ it most likely will scare risk-averse clients.”

Studies have shown that the more creative an advertising campaign, the more likely it is to create a lasting impression on a consumer.

DISCUSSION QUESTIONS: What do you see as the greatest barriers to creativity in advertising and marketing campaigns? Where do marketers need to focus to boost their creative performance?

Please practice The RetailWire Golden Rule when submitting your comments.
Braintrust
"Merging marketing and sales under a chief revenue officer has partially contributed. Marketers feel more like lever-pullers than creatives."

"I think the number of stakeholders allowed an opinion on marketing efforts has gotten too large. There’re too many cooks in the kitchen..."

"Retribution can ruin a company, so most brands choose to play it safe. Sadly, cancellation is real."

15 Comments on "What’s holding back creativity in marketing?"

Deloitte also published a white paper with Cannes Lions about the demise of creativity. Merging marketing and sales under a chief revenue officer has partially contributed. Marketers feel more like lever-pullers than creatives.

A Chief revenue officer? Yikes! Creativity is a certain level of risk. Certainly, a CRO would not be interested in risk.

The biggest barrier to creativity in everything today, not just advertising, is fear of what will happen on social media if your attempt at being off the wall is misunderstood.

Retribution can ruin a company, so most brands choose to play it safe. Sadly, cancellation is real.

Georganne, you’re spot on. It’s a sad commentary that our brilliant marketers can’t show off their talented work for fear of being mocked, canceled and/or fired. So, threading the needle becomes the norm, and perhaps mediocrity gets rewarded. Not a good place to be.

It’s exhausting watching every single thing you say, at least it is for me.

Impatience might be the greatest barrier. We hear all the time about how quickly marketing has to move – but you notice that the biggest companies are not making big decisions at the snap of a finger. When we stress speed, we take the focus away from creativity. When we focus on data, we’re expecting to see changes quickly – marketing doesn’t usually work that way. Slow it down, change the time frames, and test new ideas to see their value.

Most creativity is held back by fear.

There are two choices: 1.) a safe, tried and tested path; and 2.) unproven, fearless trailblazing. The path of least resistance is the first; the path to a memorable, impactful campaign is the second.

Focus must be given to originality, on-point messaging, and recall. (With a dose of consistency thrown in!)

Marketing has become a discipline of specialty skills where complex internal processes, maniacal attention to short-term metrics, and lack of a cohesive strategic marketing portfolio hold back creativity and connection with customers.

I think the number of stakeholders allowed an opinion on marketing efforts has gotten too large. There’s too many cooks in the kitchen, too much disagreement, and then messages get diluted or twisted from the original idea. The teams that make the calls need to be lean.

My advice for creative teams is to consistently go bold and challenge your clients. The great majority of the time, after thanking you, they’ll ask for a safer alternative, but some may surprise you and take a risk. The worse thing creatives can do is feel defeated and surrender to mediocrity. Challenging yourself and your clients keeps you edgy and, even if they don’t go for your wild ideas, earns their respect (…usually).

Jerry Della Femina once presented for Panasonic with the tagline, “From the folks who gave you Pearl Harbor.” True or not (though I worked with the agency the story comes from and was told it was true), it suggests being bold is an exciting way to go.

Something happens to creativity when it is applied to business. I suggest those making the final decisions spend more time on Instagram, TikTok, and WeChat.

“… lack of belief in creativity, 24 percent; and lack of talent (within client organization), 23 percent.” WHAT? I cannot believe it is lack of talent. Maybe a tough economic environment, where mistakes are easy to make, but lack of talent? NO.

One of the major obstacles to creativity in marketing is a failure or reluctance to challenge conventional wisdom.

I’m puzzled by why the question is even being asked: sure, ideas are shot down, but that may well be as it should be. Marketing has to satisfy a number of requirements, legal and financial, not just the whims of the publicity department. Considering some of the ill-considered ideas (we’ve seen on RW) that weren’t “held back,” I’m not at all sure a little restraint is a bad thing.

Braintrust
"Merging marketing and sales under a chief revenue officer has partially contributed. Marketers feel more like lever-pullers than creatives."

"I think the number of stakeholders allowed an opinion on marketing efforts has gotten too large. There’re too many cooks in the kitchen..."

"Retribution can ruin a company, so most brands choose to play it safe. Sadly, cancellation is real."