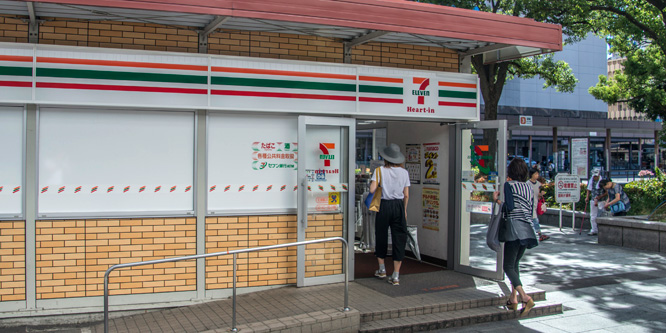 What would it mean for cashiers around the world if the largest global convenience store chain went fully-automated with cashier-less technology? With 7-Eleven in Japan now exploring such a move, we may find out.

The Japanese-owned chain has begun working with NEC to pilot a cashier-less store concept in Tokyo, according to Nikkei Asian Review. The pilot store, slated to open in December, will allow customers to self-scan items and walk out after identifying themselves through facial recognition. Ordering and stocking will still be managed by humans. Increased customer comfort with smartphone payments and a dire labor shortage in Japan led the chain to begin experimenting with the solution.

While numerous retailers and tech companies have been mulling and testing cashier-less concepts since the launch of Amazon Go, 7-Eleven’s recent history of highly-publicized difficulties with U.S. franchisees could raise questions about the chain’s long-term view for its stateside presence.

In July, 7-Eleven’s corporate headquarters announced a range of new demands that U.S. franchisees would be expected to fulfil moving forward. The new franchisee agreement, which goes into effect in 2019, calls for franchisees to pay a $50,000 renewal fee, share more revenue with the corporate office and stay open on Christmas. The move by corporate provoked outrage from the National Coalition of Associations of 7-Eleven franchisees.

And the previous year, that group sued 7-Eleven, alleging an illegal power grab that was wicking money away from franchisees. (The lawsuit was later thrown out.)

The cashier-less store pilot is one of a few moves that 7-Eleven in Japan has made to reduce reliance on employees and move closer to store automation.

In 2017, as the country’s labor shortage grew severe, 7-Eleven began implementing RFID technology in its Japanese locations to reduce its dependence on in-store staff. However, the company also lowered the royalty fees that franchisees were paying in an effort to lighten their financial burden and make it easier to attract new store owners.

DISCUSSION QUESTIONS: What would 7-Eleven’s adoption of cashier-free technology chain-wide mean for the U.S. c-store business? What would the implementation of such technology mean for franchisees?

Please practice The RetailWire Golden Rule when submitting your comments.
Braintrust
"A cashier-less model may look like a tempting way to save payroll, but the savings may be overstated especially vs. the tech investment."

"For one, most of the U.S. stores are operated mainly as family businesses and do not have the finances or the desire to automate."

"Sorry, but this sounds like a bonanza for porch pirates, car thieves, grifters and other low-lifes, who would like nothing better than an unmanned store from which to steal."

Ultimately, cashier-less technology will mean fewer workers. While the idea of reducing labor is compelling, 7-Eleven’s approach in North America has a number of challenges. First, the franchise model is fraught, and getting complete alignment from franchisees will be difficult. Second, technology. While facial recognition is being used in Asia, this approach will not work in North America on privacy grounds and the current Amazon Go platform is too expensive to deploy at scale.

Automation is impacting everything and cashier-less stores will become increasingly important for some categories, like convenience. However, 7-Eleven has much work to do before they can make this happen in North America.

Sorry, but this sounds like a bonanza for porch pirates, car thieves, grifters and other low-lifes, who would like nothing better than an unmanned store from which to steal. “Oh Thank Heavens” indeed.

The convenience store concept is so impersonal already that nobody will mind the absence of cashiers. In the long term it will reduce overhead, but in the near term, franchisees will have to bear the cost of implementing a not-so-small expenditure, unless the corporate geniuses can make the implementation palatable to the franchisees.

The primary issue for any retailer is trust in checkout technology. I’m not sure why Amazon isn’t ready to license the Go technology across a broader retail landscape.

Whether Amazon Go succeeds or fails, its linkage to the Amazon ecosystem is a key factor. I gather that you can’t just walk into a Go store without having location services activated on your Amazon smartphone app…and so forth. It’s not an easy tech model to duplicate in thousands of existing (and individually owned) locations.

The other issue? Nothing with the complexity of a c-store “runs itself.” There is still the human factor needed to do everything from restocking the shelves to cleaning the bathrooms to replenishing the coffee and bakery. A cashier-less model may look like a tempting way to save payroll, but the savings may be overstated especially vs. the tech investment.

Dick you are correct. Operating a c-store is far more complex than most people realize. In the U.S. they are becoming far more restauranty which adds even more complexity to the operation. Then there are the age restricted items such as e-cigs, cigarettes, alcoholic beverages and lottery tickets that require a cashier to verify the purchaser’s age. Let’s not forget the forecourt where by law a cashier has to have a clear line of sight to the fuel dispensers.

Turning an entire store into a walk-in kiosk may be attractive to operations, financial, and HR, but I’m with Cathy Hotka on this one. These unattended “kiosks” would be an inviting target — no beacon! — for criminal activity. Not the most inspiring comment on American society but the truth hurts. It may be wiser for 7-Eleven to create a kiosk that presents its brand and select, relevant items at airports and public destinations.

Over the years there have been many examples of technologies that experts said would not reach widespread adoption. As they matured and slowly became ingrained in consumers’ psyche as worthwhile and trustworthy, adoption increased and became ubiquitous. I see this happening with cashier-less in the c-store environment. Facial recognition will get to the point where mobile payment is — increasingly part of the shopping journey and increasingly used with little concern for data issues, etc. It stinks for store associates but just like robots are taking jobs in manufacturing, cashier-less technologies will do the same in retail.

Cashier-less is the future, just based on the number of discussions we have had on RetailWire regarding some form of cashier-less stores. The challenge for 7-Eleven will be the implementation by franchisees. They have not been the most innovative in the past and the investment could be substantial.

It would be a disaster where I live, at least from a shrink perspective. In the metro Detroit area thieves like to drive stolen cars through walls and steal ATMs, just imagine what would happen in a cashier-free store. Now, in theory — from the franchisees’ perspective it would cause them to incur significant upfront CAPEX costs, although in theory they would save over time in terms of payroll. My bet? If corporate pushed this they’d lose a lot of franchisees.

There are two very different questions asked in this post. The first about store automation is something that is going to need to happen because of the shrinking hourly workforce and the low appeal of working in the c-store industry. Most likely it will take longer than projected because of the hurdles and the investment.

When it comes to relationship with franchisees corporate and franchisees are miles apart. For one, most of the U.S. stores are operated mainly as family businesses and do not have the finances or the desire to automate. It is not in their interest.

Cashier-less convenience stores may be in the future because of small baskets. But facial technology won’t be the answer. The model with the most success will be checking in with an app on a smartphone and checking out with Apple Pay, Samsung Pay, or similar mobile payment methods.

The post concentrates on the internal-politics of this, but what about the crime issue: aren’t convenience stores already notorious for shoplifting (or more precisely specializing in items that are frequently shoplifted)? I can see the idea being tried here, but I think it’s a long way from widespread adoption.

There is no doubt in my mind that cashier-less c-stores are in our future. While I don’t foresee ALL c-stores going this route for various reasons (primarily shrink) we can expect many to do so. Another hurdle will be franchisee adoption and that will depend heavily on the CAPEX requirement. Consumers will warm to the idea, but the implementation is tricky and does depend on the customer base. Just look at Walmart’s failed attempt to bring in scan and go technology to their stores — customers rejected it. For 7-Eleven, this will be challenging but if coupled with improvements to their overall store look and feel, could be used to bring in new customers going forward.

In the new trust economy, many if not most consumers now have a uniquely identifiable and trackable device (smartphone) accompanied by financial payment credentials (cell phone linked to a credit card or DDA/debit account). The proposed 7-Eleven change is essentially the same metamorphosis that began forty-ish years ago when bank tellers began to be replaced by ATMs.

I see cashier-less convenience stores as nothing more than a giant-sized vending machines with a digital identification and payment interface. Cashier-less convenience stores will work in many locations, but just like all bank tellers’ jobs were not eliminated, neither will cashiers disappear from all c-stores. This is especially true in stores locations prone to high-shrink (theft) and/or with the large population of cash and credit challenged customers lacking internet enabled cell phones and/or financial payment accounts (dr/cr cards).

The cool thing with this is how 7-Eleven disintermediates Amazon’s business case for ultimate convenience. Not only do customers not have to take out a wallet, they don’t even have to swipe their phone, download an app, or be a member of Prime. As an experiment this a solid directional move — and maybe just a novelty now. There will be plenty of opportunities that won’t have the shrink concerns that others have touted on this thread. I don’t think they’ll be rolling this out in the bad parts of town first anyway — and with the cameras needed for facial recognition, criminals will have no more advantages than if they robbed a fully manned store. Convenience is the experiment, not security.

Cashier free technology is advancing and there’s no doubt will see c-stores adopt it. However, cashier free tech doesn’t necessarily need be a human-less store. The store personnel may still be needed to serve coffee and snacks, merchandise the shelves etc, the seamless shopping experience will free their time for many other tasks, including theft protection. The tech will be used initially in higher traffic stores, to avoid queues, to be able to manage the store with one employee rather than 2 and to improve shopping experience. Current technologies offered (not from Amazon) can handle both scenarios — an identified shopper that buys with the mobile-app, or a non-identified one that buys using a screen or a kiosk in the store. Have a look here to see Trigo Vision technology which is very advance in this space.

Braintrust
"A cashier-less model may look like a tempting way to save payroll, but the savings may be overstated especially vs. the tech investment."

"For one, most of the U.S. stores are operated mainly as family businesses and do not have the finances or the desire to automate."

"Sorry, but this sounds like a bonanza for porch pirates, car thieves, grifters and other low-lifes, who would like nothing better than an unmanned store from which to steal."