Will this be the year REI regrets opting out of Black Friday? 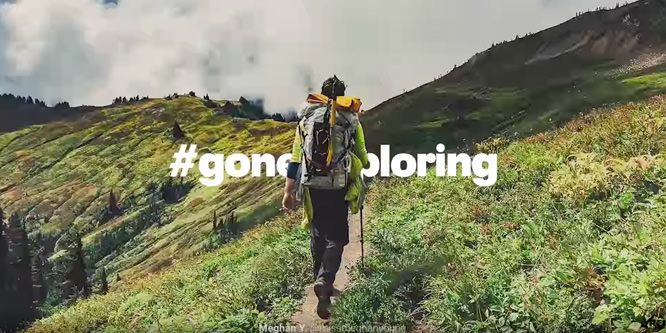 Its own recent history suggests that REI shouldn’t take too much of a business hit closing its stores and giving its workers a paid day off on Black Friday. But will this be the year the outdoor co-op regrets doing the same for its website?

Earlier this week, REI announced that it would close all 151 of its stores and not process online orders on Black Friday as part of its third annual #OptOutside campaign. In all, 12,000 workers will be paid to enjoy the day in the great outdoors with family and friends.

Research from The NPD Group found that consumers plan to shop for Christmas gifts earlier this year with nearly 30 percent starting over the Thanksgiving weekend. Part of the reason for consumers getting an earlier start is because they plan to do more of their shopping online. Two-thirds of those surveyed by NPD said they plan to do at least some of their shopping online this year.

Salesforce has forecast that Black Friday will be the busiest digital shopping day in U.S. history. While not all agree — Adobe, for example, projects Cyber Monday will set a new single day online record with sales reaching $6.6 billion, a 16.5 percent increase over last year — it is clear Black Friday will be one of busiest days of the season for retailers.

REI and its CEO Jerry Stritzke have been on a mission since 2015 when the retailer launched its #OptOutside campaign to bring some calm to the commercial frenzy that comes with the start of the holiday shopping season.

“Right now, I think people are looking for a moment to take a breath, reground themselves and come together,” said REI CEO Jerry Stritzke, in a statement. “More than 700 organizations and nearly eight million people have joined #OptOutside over the past two years.”

This year, REI has introduced a “new experiential search engine” that features images from Instagram posted by #OptOutside participants. The images are “augmented with real-time information about locations and experiences across the country.” Those using the search engine can click on a photo and discover information about a specific trail including directions, its difficulty rating and user reviews.

DISCUSSION QUESTIONS: Do you see REI’s decision to close its stores and hold off processing online orders on Black Friday coming back to bite it? What would you advise other retailers that are thinking of following REI’s lead?

Please practice The RetailWire Golden Rule when submitting your comments.
Braintrust
"If REI holds to the consumers it has and is committed to driving the right experience for them, then they can’t lose on Black Friday."

"As a member of REI, I’d advise them to continue not worrying about Black Friday in the stores but step up their e-commerce activities."

16 Comments on "Will this be the year REI regrets opting out of Black Friday?"

One of the things we tell businesses is not to forget who you are. Don’t let FOMO get the better of you and do things that aren’t you. Black Friday is a big box event reinforced by big box stores. If REI holds to the consumers it has and is committed to driving the right experience for them, then they can’t lose on Black Friday.

Most businesses can gain more from setting a reasonable promotional plan for the holiday season and doing the right things around it — driving a marketing campaign and communicating with their consumer base. A one day barn-burner sales event only works for those that have the luxury of not worrying about store traffic on a long-term basis. (Read: big box, about 10 retail chains.)

The way out of Black Friday is to be reasonable and stay true to your consumer. If you do right by them, you can’t lose.

If it’s not broken, don’t fix it! REI has a loyal customer base and I commend them for being different. Of course, they’ll lose a lot of business on Black Friday but what will they gain? A lot of goodwill from employees, a lot of positive press and no doubt an opportunity to make up those lost sales through Christmas. I tend to be an old-fashioned guy, and I believe in family and like to see retailers closed for holidays like Thanksgiving and Christmas. REI giving their employees the day after Thanksgiving off as many companies do is excellent for employee morale. It will make those employees work harder for their company, and I wouldn’t be surprised if by Christmas they’ll exceed all sales expectations because of it.

I don’t think REI will be hurt by closing on Black Friday. In turn, the company gets a PR bonanza and looks like a caring employer. With Black Friday mattering less, as retailers start sales earlier in November, perhaps more companies will follow REI’s lead and let their employees enjoy time with their families before plunging into the holiday rush.

REI has a loyal franchise. Their customers get it and this posture probably strengthens REI’s relationship with its customer base. Additionally, with forecasts that this will be a longer shopping season that begins earlier, REI should not fear lost opportunity. Socially-conscious retailers can use Black Friday as an opportunity to brag about letting ALL their employees enjoy a holiday off!

I don’t think they will. REI’s values are about so much more than sales and profit, important though those things are. Its core customers, stakeholders and staff know this — and it’s why they’re so loyal. To me, this is REI putting its values into action.

As a member of REI, I’d advise them to continue not worrying about Black Friday in the stores but step up their e-commerce activities. They don’t customize their outbound communications to match customer interest (either through sales data or survey), which would help engage shopper/members. And the site has amazing content that is updated regularly, but there isn’t any cross merchandising to speak of. I understand they’re trying to be unique in not being too commercial, but I’d wager members would like to know what to consider buying after they’ve read the story about setting up a camp kitchen.

I also agree with Phil. I personally view REI as having a pretty loyal and specialty oriented customer. As long as they tell their customers what they are doing and when they will be offering promotions and specials, they are not likely to lose any business. And that’s my 2 cents.

I’ll be the contrarian in this discussion so far. I’m surprised by this decision by REI for a couple of reasons. While closing on Thanksgiving itself is totally justifiable, it’s hard to make sense of a decision to close on one of the biggest traffic and sales days of the year. (Both brick-and-mortar and e-commerce … ) I understand that REI doesn’t intend to get caught up in promotional hysteria on Black Friday, but it runs the risk of chasing even its loyal customers to competitors offering the convenience of open stores and active websites. REI can be true to its brand while still opening its doors on a key shopping day.

REI may be opting out of Black Friday, but they aren’t opting out of their own, viral #optoutside hashtag as well as a massively successful user-generated content campaign. Whenever Amazon makes a move we question whether or not it is a strategy to drum up publicity. We should also be asking this question with REI.

#Optoutside may indeed be a moral or philosophical decision, but REI is also maximizing their traction on social media and making it well known that they are a “feel good” brand who doesn’t prioritize making a buck. Moves like these are how brands generate traction with the next-generation customer.

In business, everyone loves a leader. Taking a proactive approach to Black Friday and helping spearhead the cause #OptOutside while creating marketing campaigns that convey that messaging is genius. For other retailers considering something similar it only works if you are joining the mission, because if you do it discreetly and your shoppers don’t know then your PR team is going to have a busy Monday morning.

Given some of the more recent work that has come out around behavioral economics, I think we’ll just have to wait and see what happens as we’ve now concluded that today’s shopper is anything but rational so making these predictions is almost impossible.

REI is just reinforcing its very positive brand. Maybe they won’t get the same “spike” that other open retailers will get, but I bet that for the quarter and longer-term than that they will do just fine. Clearly Black Friday sales for those who participate in the frenzy are taking (at least some) business that might otherwise transact later on.

REI’s move to close retail stores on Black Friday was brilliant. One day they may go back, but as of now they have created a culture that is legendary. That reputation is congruent with who they are and their customer base. They can have another sale another day … How about a Wild Weekend — the weekend before Thanksgiving or first weekend in December. There are many ways to bump up the attention of a holiday promotion without participating in the Black Friday frenzy.

Talk about a purpose-driven brand. REI exemplifies one. They live their mission, even when it’s risky and controversial. That’s what people love about the brand. Will they suffer because of it? Doubtful.

Like any decision we must evaluate prospective results with what is currently trending. When reviewing what REI most probably considered, their decision was not all that complex. The current depression is now going on ten years. There are indications of revival bur not to the extent of being out of it. Brick & Mortar stores are hurting the most in this economy and this will continue into next year. Add to that the 3 to 4 black Friday events throughout the calendar year and we now own a thoroughly diluted event. In fact, consumers now see the original “Black Friday” event as a beginning of lower prices and no longer the day to start spending. The day they start spending money in large proportions is “Cyber Monday” which is when REI will be back to full strength both in store and online. This will make for an interesting tally sheet with all eyes on the hunt for November’s bottom line. Another consideration is that quality retail store associates are in the harder to find category… Read more »
1
|
0
-   Share

REI is co-op owned, which frees it from the pressures felt by traditional publicly-traded retailers. Trading that freedom into a holiday from brand-damaging in-store discounts and a paid day outside for store employees is refreshing.

But what does “process no online orders” really mean? Will it shut down the online store completely or continue to take orders but delay fulfilling them? Presumably it’s the latter, especially when launching an experiential search engine to draw online traffic, but the message is confusing.

As a co-op retailer focused on a niche of outdoor enthusiast shoppers, REI takes a more progressive position on environmental issues, gender equality, and other issues beyond Black Friday. But it also deliberately avoids calls to action and other commercial messaging. Pushing an ethos more than merchandise is laudable, but one cant help but wonder what sales it is losing to more promotional competitors.

Braintrust
"If REI holds to the consumers it has and is committed to driving the right experience for them, then they can’t lose on Black Friday."

"As a member of REI, I’d advise them to continue not worrying about Black Friday in the stores but step up their e-commerce activities."