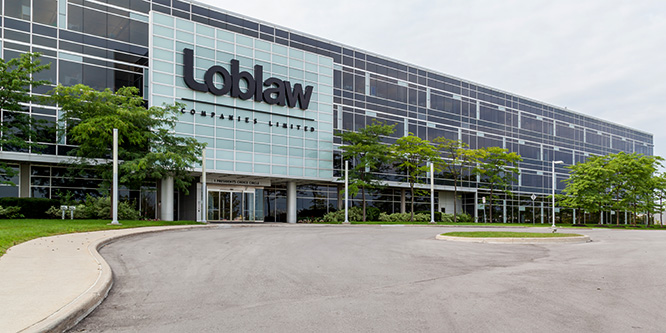 With inflation driving grocery prices sky-high over the last year, the Canadian government is stepping in to determine whether or not grocers have been gouging.

In response to growing public perception that Canada’s major supermarkets have taken advantage of the inflationary economy, the nation’s federal competition watchdog is undertaking a study of grocery chains to determine if they may have played a role in price spikes, according to Yahoo! News.

The bureau is particularly interested in whether anti-competitive practices played a role in increased prices and will be studying the vertical until June, 2023. Canada is also conducting a parliamentary inquiry into its top three grocers — Loblaws, Sobeys and Metro — which have seen increased profits during this inflationary period.

Public sentiment in Canada has been turning against the major grocers for a number of months. In August, Canadian celebrity money expert Gal Vaz-Oxlade sent out a tweet calling for a boycott of Loblaws, accusing the grocer of profiteering.

In response to criticism, Loblaws announced earlier in October that it would be freezing the price of more than 1,500 of its products sold under its private label brand, No Name, according to a press release. The price freeze will remain in place through January of 2023.

A day after Loblaws’ announcement, Metro announced that it would refrain from raising private label or national brand prices between November and February, according to CP24 News.

Sobeys has publicly decried the accusations of profiteering, a Financial Post article reported. Michael Medine, CEO of Empire Co. LTD, which owns Sobeys and other grocers, called criticisms “reckless” and “incendiary” and referred to critics as “armchair quarterbacks.”

At the time this article was written, Sobeys had not announced a pricing freeze.

Sylvain Charlebois, director of the Agri-Food Analytics Lab at Dalhousie University, told Bloomberg (before the Metro announcement) that customers would be watching the major chains to see who followed Loblaws’ lead.

The inflationary environment has led to tension, not just between customers and grocers, but between grocers and suppliers. Early in 2022, Frito-Lay stopped shipping product to Loblaws stores over an apparent pricing dispute.

DISCUSSION QUESTIONS: Do you think U.S. grocers will come under pressure similar to what is taking place in Canada should food inflation continue to rise? How should grocers answer questions about profiteering activity in the current environment?

Please practice The RetailWire Golden Rule when submitting your comments.
Braintrust
"If grocers feel like they are being unfairly demonized ... they should do a better job of explaining why there seems to be such a disconnect in perceptions among consumers."

"The concept of profiteering is a fine line, especially to establish what is a fair price. But with staple foods, there’s little place for it."

"The issue is that the Canadian government seems to be ok with having oligopolies that price-gouge consumers, first in telecom, now in grocery. We need more competition."

19 Comments on "Canada investigates grocers over charges of price gouging"

Despite what some politicians claim, the U.S. grocery sector is competitive. When adjusted for inflation, many staples cost less now than they did in the early 1990s. Most consumers also have more choice in where to shop now thanks to the expansion of new chains – including value players like Aldi – and the increase in online ordering. The irony of government – which is the root cause of inflation through printing money – investigating a sector that has consistently delivered better value for consumers should not be lost!

One of the main indicators of excessive money printing is indicated by the exchange rate with other currencies over time. Over-printing based inflation leads to a weakened currency exchange. Right now, the U.S. dollar is crushing virtually all other currencies. So it seems unlikely that the current rate of inflation is due to printing. (NOTE: This is not a vote of support for increased money printing.)

The current inflation is a hangover of loose monetary policy during COVID-19 and long before. The situation is now better, although money supply is still extraordinarily high. The reason for the strength of the dollar is due to our relatively high interest rates and the currency being a safe haven in a very unstable world economy.

A technical note: one gets “real” prices by adjusting for increases in income, not prices (i.e. “adjusted for inflation”). If you adjust all prices for “the rise in prices,” you’re going to find that (overall) nothing ever changes!

The political intervention in Canada is a direct result of pressure voters are feeling about runaway inflation. I doubt that this will occur in the U.S. due to the political distraction and focus on mid-term elections. If grocers feel like they are being unfairly demonized for their pricing, then they should do a better job of explaining why there seems to be such a disconnect in perceptions among consumers about the price they pay for food.

At the risk of dabbling in politics, the now-famous interview by Rep. Katie Porter of Mike Konczal, director of macroeconomic analysis at the Roosevelt Institute, suggests that there is already scrutiny on the sources of excessive price increases. There doesn’t however seem to be much appetite in the U.S. to find criminal fault with the offenders.

If there has been a breach of trust or ethics, the U.S. government will pursue legal action and the culprits should deal with the consequences.

Oh Bob! Of course that’s not going to happen here. The government has better things to do with their time than to go after Walmart or Kroger.

Given the current political climate in the U.S. this will absolutely happen. We have already seen gas station owners get accused of gouging by the President, with a total lack of documentation to support the charge. Kroger, Publix, etc. — watch out.

Grocery is a tough business. I don’t think this gouging is common in a competitive market, as there is always someone that will beat you on price. Rural markets and gasoline are a bigger problem. Gasoline prices are by far the biggest farce in our U.S. market. The second the cost of a barrel of oil increases the price at the pump skyrockets but, when it dips, it is slow to fall. Maybe we need to look at that more closely.

Also, the U.S. grocery market has far more players to track than Canada does. What the authorities are looking at in Canada regarding pricing activity seems to resemble the old airline trick. One major airline raises prices and all the others follow suit. This is probably a lot more difficult to prove in the grocery business. We shall see.

With three primary large grocers serving Canada’s 39 million consumers, it’s not hard to predict that the Canadian government would intervene. The U.S. on the other hand, at 330 million consumers, has fierce grocery competition – both in physical stores and online options. Additionally, the current political winds don’t serve the administration for stepping in to investigate, given that inflation has been primarily caused by both increased spending and slow interest rate hikes. In response to retailers profiteering, take that question back to the manufacturers where profits are even larger.

Biden has accused the big oil companies of profiteering (which he backed off from only because gas prices declined). I don’t see why he wouldn’t at least talk tough regarding those big chains who sell groceries.

Regulators who are considering the Kroger and Albertsons/Safeway merger should take note … of what happens when there is less competition.

Problem is, Safeway’s prices are already at gouge levels. In Northern California, $20.99 for a Bone in Ribeye Steak (typical standard steak not a Prime or Kobe or Dry Aged), $4.99 for a can of Progresso Soup, many similar prices throughout the place.

The Loblaw’s price freeze is on a small line of hard generics (low low quality) called No Name. It does not cover the Presidents Choice line of many many more products.

U.S. grocers don’t have the same watchdog organizations looking out for general consumer welfare — especially when it comes to pricing. Grocers would have to show truly egregious pricing to fall under this type of pressure. However, public pressure exists and grocers who aren’t watching their price points will miss the public cues that send their customers packing off to lower price competitors. Grocers need to improve communications, especially with their most loyal customers. The concept of profiteering is a fine line, especially to establish what is a fair price. But with staple foods, there’s little place for it.

Pressure? Certainly. And …? As in: “and what will come of this?” Simply put, there’s no theoretical way to explain an entire industry of autonomous actors somehow engaging in “price gouging.” That many companies raised prices more than the markets will tolerate may well be true, but they will find this out when their sales drop.

The issue is that the Canadian government seems to be ok with having oligopolies that price-gouge consumers, first in telecom, now in grocery. We need more competition.

Doubtful we’re seeing blatant grocery price gouging in the US. And if the government gets involved, and they listened, they’d learn how evil grocery profits and price increases are required for supplier and operational spikes in farm feed, grower costs, transportation, utilities, wages, supplies and healthcare benefits. Beyond, a healthy margin is needed if a grocer is to invest back into the business, place bets on technology, build/remodel new stores, be part of local communities, provide better training and source better food.

Grocers have an opportunity to explain this better, not only to the government, but also to the public.

The U.S. grocery industry is more competitive than in Canada. This competition allows for lower pricing and better value for customers. However, competition varies by market and neighborhood. Economic behavior tells us that when a grocer has pricing power, they are more likely to use it. Given the inflationary pressures along the entire value chain, some price increases are expected. Grocers need to understand their customers’ sensitivities and basket affordability. The optics of Kroger’s proposed acquisition of Albertsons are poor, given the economic environment. When CEOs report their next quarterly results, they need to have prepared a communication strategy that addresses these concerns. Today, their audience extends well beyond Wall Street analysts.

Braintrust
"If grocers feel like they are being unfairly demonized ... they should do a better job of explaining why there seems to be such a disconnect in perceptions among consumers."

"The concept of profiteering is a fine line, especially to establish what is a fair price. But with staple foods, there’s little place for it."

"The issue is that the Canadian government seems to be ok with having oligopolies that price-gouge consumers, first in telecom, now in grocery. We need more competition."